Tales of a Fourth-Grade Something: Big Data with Cisco & Splunk at .conf & Strata 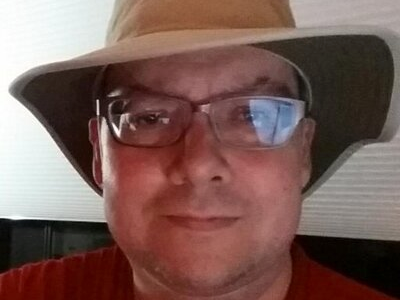 Someone at a meeting recently told me how cool it was that big data was finally moving out of the early adopter phase. He’s lucky I wasn’t drinking a beverage at the time, or he might have ended up wearing it.

I’m accused of being sort of a unicorn when it comes to the Big Data ecosystem, having worked with engineered Big Data environments since 2004 or so and Hadoop proper since 2009. And while some individual companies may be emerging from early adopter, it’s hard to say that Big Data itself is that new. You just have to look at the conference world to see how big this ecosystem has become, and how it’s shifted from theory and skunkworks projects and resume fodder, to technology solutions for new and metamorphic problems in business.

Some people will say “But surely there’s only been a competitive landscape for Hadoop distributions since 2012, right?” That’s true, but as I’ve said in 20 or more presentations in the past year, Big Data is more than Hadoop. And don’t call me Shirley.

One of the oldest companies driving Big Data software predates commercial Hadoop by a couple of years. In fact, they’re just about old enough to go into fourth grade (with apologies to Judy Blume for my title on this post). And you still have time to join Splunk (and Cisco) for their seventh annual worldwide user conference the week of September 21, 2015.

DON’T SEND OUT THE SEARCH PARTY YET:
JOIN SPLUNK AND CISCO AT .CONF SEPTEMBER 19-24 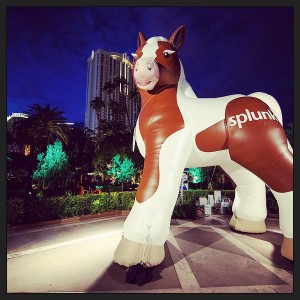 .conf is Splunk’s annual worldwide user conference, attended by thousands of customers and partners and users of Splunk’s suite of products.

Cisco has been attending, and presenting, for a while now, and 2015 is no exception. We will have a booth in the expo at .conf 2015, and you can join members of the Cisco team at two IT Operations breakout sessions.

This session presents and demonstrates a system using Splunk and the Cisco Open SDN Controller for steering large data flows around firewalls and other devices that could disturb their performance while actively blocking threats.

And while they’re not Cisco-focused per se, I highly recommend checking out:

Learn how to build out your Splunk deployment. Learn about specific Splunk roles and how they are applied in practice, as well as the process for building/expanding a Splunk installation.

In customer sites, we often see more than 24 cores on indexer machines. How can we ensure that the Splunk indexer is making the most of the resources available on these servers?

There will be the usual new product and release announcements; last year they announced clustered search heads, and this year promises to have even more impressive advancements in Splunk software. There’s also the annual Search Party celebration, complete with absurdly cool CEO Godfrey Sullivan and absurdly large Buttercup (Splunk’s mascot) in attendance.

IF I CAN MAKE IT THERE I’LL MAKE IT ANYWHERE:
CISCO AND SPLUNK AT STRATA+HADOOP WORLD

If you’re in the Big Data world, there’s no surprise to the spectacle that is Strata+Hadoop World. You should still be able to register at this link, and use the code Cisco20 for a 20% discount. Getting a hotel room within 10 miles of the venue, well, you may need a nice Spark cluster to track that down. Preferably running on Cisco UCS of course.

Cisco will be out in force at this event, with a theatre in our booth featuring Cisco and partner presentations throughout the event.

Some highlights to keep an eye out for:

IoE, IoT, and big data – Let’s quickly look at these market and technology dynamics, and see how they are each in their own way ’democratizing’ data access and analysis, resulting in new businesses, technologies, and improved community solutions throughout the world.

Big Data deployments are not a cookie-cutter one-size-fits-all effort. Cisco’s Robert Novak will present real-world deployment stories and use cases for Big Data on Cisco UCS.

The power of unification across the software and hardware layers, and how this is completely upending the price-to-performance ratio of enterprise big data computing.

The technical elements and architecture that is required to combine real-time data with historical data and transactional data, featuring Splunk, Hunk, and Splunk apps on Cisco UCS.

IF THIS IS BIG DATA I’LL TAKE SPAGHETTI

Someone once said that if a blog post doesn’t require at least three apologies, it’s pretty bland. You read it here first. So with apologies to Ellen Conford, another voice from my youth, I look forward to meeting many of you over the next couple of weeks in Las Vegas and New York City.

What are you most looking forward to at these events? Chime in on the comments section below, and safe travels everyone!

Special bonus: At Splunk’s .conf, our booth will be featuring the Cisco Security Suite story and an attack chain demo. Dennis Bourg’s recording from last year should give you a taste for what we’ll be talking about.

Latest Contents
New Switch model
Created by maurilio.lima on 01-18-2022 05:26 AM
2
0
2
0
Good morning to all of the Cisco Community, Today in the company we have a Switch model= SG300-52 52-Port Gigabit Managed Switch, as it has an uplink SFP port of only 1 GB, the need to purchase another Cisco Switch that has a 10 GB SFP port arose. ... view more
Bridge Domain in ACI
Created by palani2010 on 01-18-2022 01:26 AM
2
0
2
0
1.How to do telnet to a destination endpoint from L3 bridge domain. 2.How does the communication happen between two bridge domains for example if  i don't use contract then how does the communication happen.
Bdget cisco server?
Created by WARDENgr on 01-17-2022 03:01 PM
1
0
1
0
Hello, i am trying to make a rack server and i would also like to  make it from cisco products if not all, mostly the switch.can you recomend a starter pack of rack mounted products for begginer server? (products capaple of experimenting on for ccna)... view more
[Nexus NX-OS] Spanning-Tree commands (Port-Channel vs Physic...
Created by Rémi on 01-17-2022 07:27 AM
3
0
3
0
Hi Cisco community !Can you confirm me which config is the best practiceConfig 1 :interface port-channel31  description To Distri01  switchport mode trunk  switchport trunk native vlan 99  spanning-tree port type network  spanning... view more
How to upgrade MSO to NDO
Created by Steve30001 on 01-17-2022 07:08 AM
6
0
6
0
How to upgrade MSO to NDO  MSO version 2.2(4e) before I go to NDODo I have to upgrade from 2.2(4e) to 3.2 before backing up config in order to restore to the default NDO version?https://www.cisco.com/c/en/us/td/docs/dcn/mso/3x/installation/cisco... view more
Ask a Question
Create
+ Discussion
+ Blog
+ Document
+ Video
+ Project Story
Find more resources
Discussions
Blogs
Documents
Events
Videos
Project Gallery
New Community Member Guide
Related support document topics