Cisco Community
English
Register
Login
Welcome Cisco Designated VIP 2021 Class in the 10th Year Anniversary of the Program -- CHECK THE LIST
RegisterLogin
Options
Turn on suggestions
Auto-suggest helps you quickly narrow down your search results by suggesting possible matches as you type.
Showing results for
Search instead for
Did you mean:
3408
Views
5
Helpful
6
Replies
Highlighted

Wondering if anybody else out there has an issue with Cisco Prime Infrastructure 3.3 and SNMPv3

We're seeing weird behavior in Prime where a site icon goes "Green" when verifying SNMP credentials, but after some time, the status icon shows amber with exclamation mark. (most likely when its trying to sync on its own)

When we add a new switch it says "Successful" with our SNMPv3 profile in.  Credentials are always "Successfully Validated" and shows "Green" or Reachable in prime.

After a certain amount of time it goes amber to "SNMP Unreachable and Pingable" by itself.
After manually syncing, it will go Green again, but eventually will go amber when it sync's on its own..

After sometime it will show: 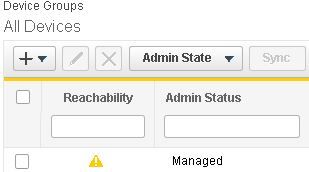 After a manual sync it will show green again: 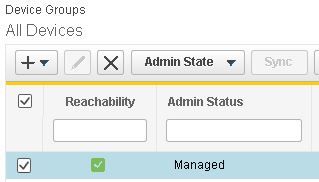 Then goes back to amber, with this:

Just wondering if anybody else is having this problem?

Labels:
Preview file
11 KB
3 people had this problem
I have this problem too
0 Helpful
Reply
6 REPLIES 6
Highlighted

We are actually having this problem as well, on PI 3.3, hopefully you get some response here and if I equally get some resolution I will post same.

We have routers (4400 series) and switches, every interval we get " Device  is unreachable via SNMPand ping(ICMP) is successful."

And then the other weird thing is the Prime infrastructure is performing SSH login into devices every 3 minutes, which is clogging up our log server. Seen something like that too?

Beginner
In response to bolamiposi

Beginner
In response to inarp

Beginner
In response to llewesc11

I'm currently in version 3.4.1 and got this issue.
I have open a cisco TAC case to work on it.

Beginner
In response to louis BOURRIENNE

Problem has been resolved ??? what TAC suggested ?

Beginner
In response to Mayuresh Meshram

We are currently on PI 3.5 and getting this kind of issue. Tried all the steps above and got the same results. Hope TAC will have a solution