From what I have read I will need to use an upgrade path to get to 9.1.3 as it is suggested to not try and upgrade directly.

My question is can I upgrade from 8.6.1 to 9.0.3 or do I have to upgrade to 9.0.1 first and then step up to 9.0.3 and then to 9.1.1 and again up to 9.1.3? Are there any other steps that I need to take to retain my current config? I have downloaded a backup already, but from what I understand the unit should retain my config after updating, correct?

I am a bit nervous on the remote system so I am hoping to perform the upgrade on the local in the next day or two for testing.

Ugh - it looks like there's a documented bug for a direct upgrade to 9.1(3) from certain releases. Reference.

You may have to take an intermediate step (to 9.1(2)) in your case after all.

From your post, it appears like both are seperate units (not a failover or active/active pair). If that is the case, you can directly upgrade to 9.1.3 with no issues. Before you reload, add 2seperate boot commands (without deleting existing IOS from flash, just in case)

You can remove the old IOS and related boot commands any time after completion of upgrade/checks.

Also, please make sure you read the release notes for any new features/command changes/additions.

Beginner
In response to mvsheik123

Yes they are two standalone units. So I don't need to step up at all, just upgrade direct. I will give it a shot on Monday. Thank you for the response.

Correct - a direct upgrade should be fine.

Whenever upgrading, be sure to have on hand a complete copy of the pre-upgrade configuration just in case. On an ASA this means making sure you have any pre-shared keys. They are normally masked in a "show run" but if you save it using "more system:running-config" they will be included in plain text. (You can also perform a a complete backup using ASDM.) 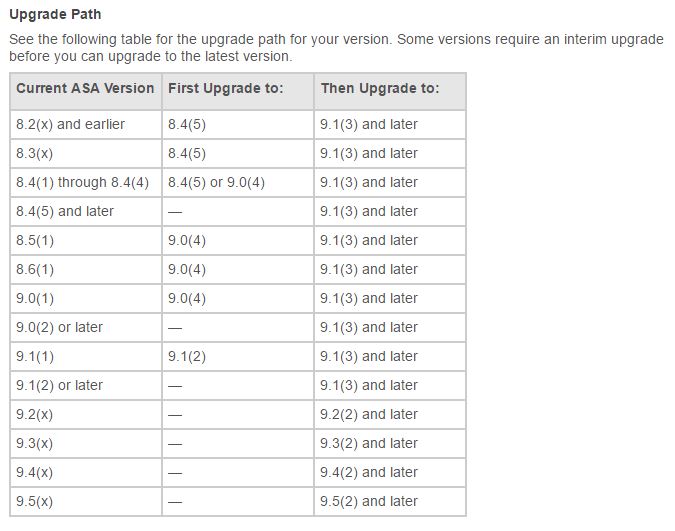 Beginner
In response to mvsheik123

In taking your advice I am going to upgrade directly. When I uploaded the new asdm image all went fine. I see the new image in flash just waiting to apply. But when I upload the new ASA software asa913-smp-k8.bin I recieve "No Cfg structure found in downloaded image file". And when I look at the files in flash I do not see the new upload there.

Did I do something incorrectly here?

This is the output

Ugh - it looks like there's a documented bug for a direct upgrade to 9.1(3) from certain releases. Reference.

You may have to take an intermediate step (to 9.1(2)) in your case after all.

Enthusiast
In response to Doug Charboneau

Can I upgrade from 8.2.1 to 9.0.1? My cliente wants more IPV6 features and I read that version 9 is the strongest on this feature, however I don't know if I can go straight to that version or not.

On the other hand, from version 8 to 9, what changes do I need to take care in regards of NAT and ACL?

Please any recommendations would be awesome, as I am very new on the ASA world.

You need to first upgrade to 8.3 or 8.4. Verify your memory is sufficient first. During that upgrade you will be seeing the parser convert your NAT statements and you should confirm them.

Beginner
In response to Doug Charboneau

I am glad I found this thread as i had some difficulty getting the new ASA images copied at first.

One thing to also note, if you're not at the latest interm update on the prior major release you may experience getting the "

No Cfg structure found in downloaded image file" error when coping the new image to flash. 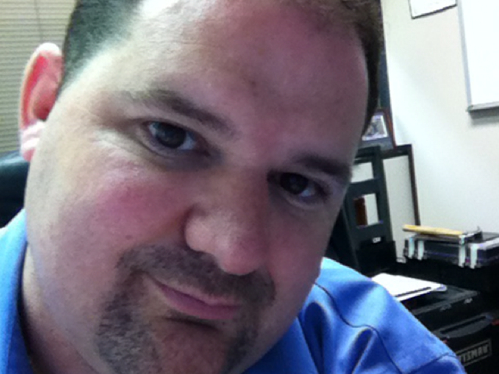 BTW, I just received a set of brand new 5525-X for cluster which ironically were already on 9.1.1 Interim.

Seeing how this was the first Interim release it should have let me upgrade to 9.1.3, but no luck.

regardless of ASDM (http error) or CLI (No Cfg structure found in downloaded image file),

and I tried for hours, reload after reload.  register was fine at 0x1.

So I started thinking that when someone upgrades to 9.1.1 (first interim) it changes something, then allow new versions.

So I downloaded 9.0.3, and it finally allowed me to TFTP the 9.0.3 version which finally saved to flash.

I could then boot system disk0:/asa903-smp-k8.bin and reload.

Now that they are on the flash, I can easily boot system to any version.