IDSM's not able to communicate with NTP on my switch

I am trying to get my two IDSM's to use NTP from my Core switch and keep getting the following error.

Error: Strata too high - too many indirections from sensor to master NTP server 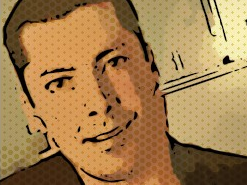 NTP uses the concept of a stratum to describe how many NTP hops away a machine is from an authoritative time source.
The stratum is a number between one and 15 that indicates how far removed the server is from a precision reference (atomic) clock.
Generally systems that are directly synchronized to an atomic clock report their stratum as one.
A host that is synced to a stratum one NTP server but also serves as an NTP server for other hosts reports its stratum as two to those hosts,
with each successive layer of servers having a stratum that is one higher than its parent.

If your Core switch is configured as NTP master, you can change it's stratum level using the below command: