When working with Cisco routers, many-a-times we wish to boot the router from a local TFTP server. There can be multiple reasons why we may wish to do so: 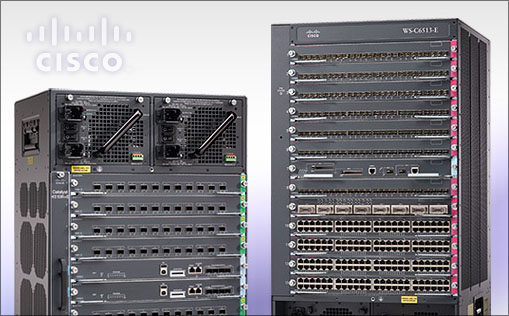 Whatever be the reason, booting the router from the TFTP server has its fair share of pros and cons.

The biggest drawback to this design, however, is that the router needs to have connectivity with the TFTP server at all times, so that in case the router gets reloaded, it can boot up from TFTP again.

So, here is a brief description of how the router can be configured to boot from a TFTP server.

Whenever a router boots up, it initially goes into the ROMMON mode and then boots up into the IOS from there. Now, inorder to boot up into the IOS, it obviously needs access to the IOS from ROMMON. So, inorder to boot from the TFTP server, we first need to ensure that the router has access to the TFTP server from ROMMON mode, from where it can download the IOS each time that the router needs to boot up.

There are some variables which we need to set in ROMMON mode, which will ensure that the IOS gets downloaded from TFTP.

So, here are the sequence of events that we need to carry out to set these variables.

rommon 2> IP_SUBNET_MASK=<subnet mask for the above IP>

rommon 5 > TFTP_FILE=<name of IOS to be used for bootup (including the .bin extension)>

(the ‘-r’ parameter ensures that when the IOS is downloaded, it is not stored in flash, but is directly decompressed into the DRAM during router bootup. So the flash is completely bypassed here.)

Once the above commands are entered, the router will start downloading the IOS from the TFTP server. After the download is complete, the router will reload automatically, and boot up into the IOS that was specified above.

The ‘show version’ output will have the following statement:

This step ensured that we have the correct variables set up in ROMMON for the router to reach the TFTP server and download the IOS from there on subsequent boot-ups.

This can be configured by the following command in global configuration mode:

We have now setup all the desired variables (in ROMMON and in the IOS) to ensure that the next time that the router boots up, it will download the IOS from the TFTP server, decompress it and then boot into the IOS.

Please note that since the IOS has to be downloaded from the TFTP server each time that the router boots up, the boot up process takes a bit of time.

in the network we use ip add of router,s as default gateway bt at this process which adddress will use as default gatway and 2nd thin which ip of interface used asd:romon1>ip_add=ip address of router interface

You can give any ip address on the router's (gig0/0, by default) interface, provided that the router has access to the TFTP server (via a default gateway or otherwise).

Thanks for a great article. I have a question please.

How do we go back to the normal operation after this?

hello guys. i have a cisco 2911 . and i was going to recover it from the scratch as you as as disaster recovery. now i have downloaded its IOS image in TFTP root directry when it was connected to switch and it was pinging. now that i have deleted its IOS i am unable to make connectivity of the router to TFTP which is my laptop. what topology should i use to make it work.

You need to boot to ROMMON to use these steps. Have you done that?

Latest Contents
NETFLOW and the layer2 ports..
Created by m.x on 01-23-2020 04:58 AM
4
0
4
0
Hi all, For a customer I'm trying to implement Netflow using:CBT Micronugget NetflowFlexible Netflow Configuration Guide, Cisco IOS Release 15M&T The configuration guide gives the literal commands: Device(config)# interface GigabitEther... view more
Best practice for core and access switches in IP-surveillanc...
Created by AbdulrahmanOdhah76067 on 01-23-2020 03:50 AM
2
0
2
0
Hello folks,the subject above tells all about my concerns and the exercise that I am doing.the network is going to handle the IP CCTV traffic only, it consists of the following:a-Access switches 24 X 100 Mbps cat-6 links for cameras = 15.b-Core Switch = 1... view more
C2960XR to C9200L MLS Configuration
Created by tweep9141983 on 01-23-2020 02:51 AM
6
0
6
0
Hello, Not a QoS expert here but I am really trying to study and understand at the moment.  We have added a new C9200L to our office and I am stuck with configuring the MLS part.. Below is the existing config in the C2960XR!mls qos map cos-... view more
GRE tunnel not coming up with DMVPN
Created by dimitri0s on 01-23-2020 02:49 AM
4
0
4
0
We are currenty trying to test a setup for GRE tunnels using DMVPN on a pair of 7200 routers using version 12.3(24a) acting as aggregators, a Catalyst 4948E L3 switch and an ISR 900 4G router. When our tunnel is configured with DMVPN commands like :i... view more
l2tpv3 problem on switchport (nim card)
Created by sylvain49 on 01-23-2020 02:06 AM
1
0
1
0
Hello, I' ve 2 routers 4321 on 2 sites . I've insert in each routeur NIM-8 card for extend the port capacity. I've configured L2TPV3 and I would like to configure xconnect on switchport of the NIM-8 card. It's working between 2 routed ports... view more
CreatePlease login to create content
Discussion
Blog
Document
Video
Related Content
Discussions
Blogs
Documents
Events
Videos
Content for Community-Ad
FusionCharts will render here