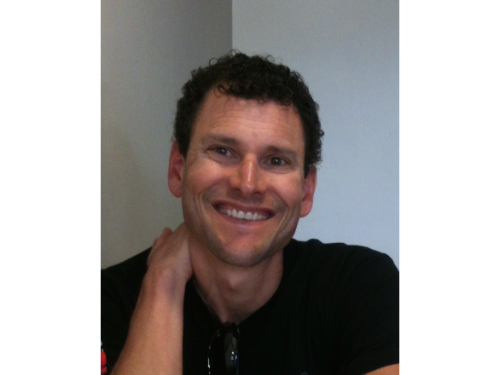 IETF 93 in Prague kicked off with a Hackathon the weekend of July 18-19. Following the success of the first IETF Hackathon at IETF 92 last March, Cisco DevNet and the IETF teamed up again to host the second edition of an event.

More than 135 participants formed into 18 teams working across 15 different technologies. Among the participants were many first time “IETFers” from various open source communities and universities. This was great to see, given the stated goals of the hackathon to bring running code back into the IETF, bridge the gap between open source and open standards, and introduce more developers and young people to the IETF. It was a huge success by these and other measures, establishing the hackathon as a valuable and vibrant addition to the IETF community going forward.

How Does it Work?

The hackathon began at 09:00 with technology “champions” introducing  each technology and proposing sample projects. Next, champions and participants self organized into teams, including some with participants from multiple IETF working groups and open source communities. This mix of people, ideas, and cultures gave rise to some of the most interesting projects and highlights the opportunity for long term benefit that extends well beyond that achieved over the weekend.

The energy in the room was contagious. Motivated by altruistic aspirations, participants worked cooperatively and diligently, developing the standards that provide the internet’s foundation in parallel with open source implementations that validate these standards and makes them easier for others to consume.

Those without conflicts with other IETF activities stayed for dinner, and many worked late into the night, well beyond the advertised closing time of 21:00. Of course this is not to say that the day was void of fun. There was of course plenty of that as well.

There was no loss of enthusiasm the next morning, with many people arriving before the advertised start time of 09:00. A few new faces arrived, their travel plans or meeting conflicts not allowing them to participate the previous day.  They were welcomed, plugged into existing teams in some cases, and formed new teams in others.

The judges were left with an unenviable task given the vast array of projects (e.g. some tests, some experiments, some implementations of protocols, and some new services).

At stake were bragging rights and first dibs on tech goodies that included Raspberry Pis, Arduinos, and a bunch of IoT accessories, plus tickets denoted by Brocade to the IETF social event Tuesday.

Among the winners were three projects the judges awarded “Best of Show”:

The awards ceremony concluded the hackathon, but the payoff for all the great work was yet to come. Hackathon projects were shared more broadly with the IETF community at an extremely well attended Bits-N-Bites session Thursday evening. 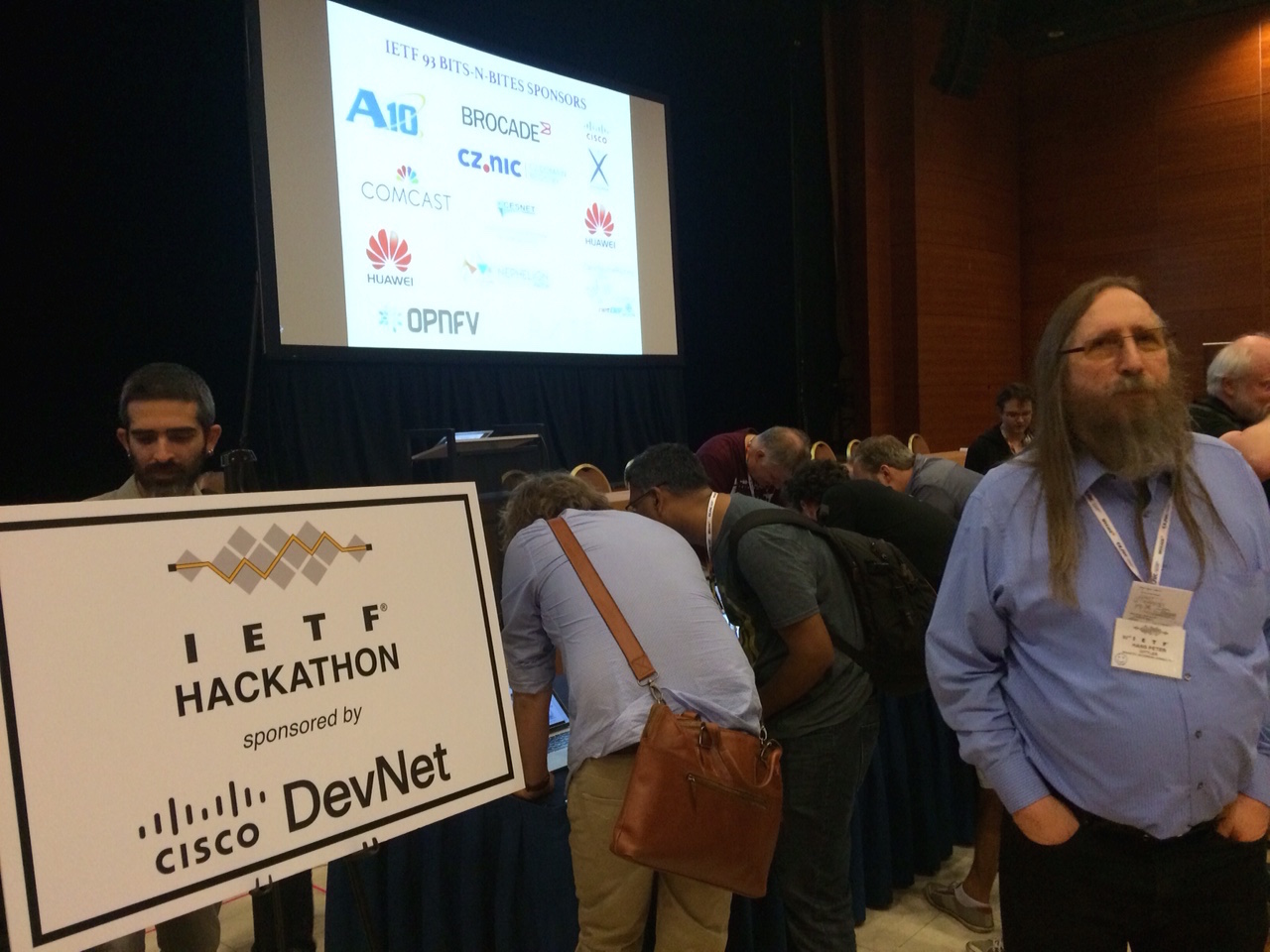 Results and insights from projects were fed into working group sessions held throughout the week.

One of the best examples was the NETVC working group meeting.

codecs that have been contributed by Cisco and Mozilla respectively to

the NETVC working group.  The results of the hackathon included adding

support for Thor to the AreWeCompressedYet.com testing framework,

Daala, and fixing a long-standing issue in Daala by adding the CLP

post-processing filter from Thor.  We had Cisco committing to Daala and

Mozilla committing to Thor, which truly shows the collaborative spirit

of the IETF.  Having a hackathon is an excellent way for new ideas to be

The complete set of technologies and projects, as well as photos and a video summary are available via the event Wiki.

From the main hackathon page, its easy to navigate to the Wiki from the IETF 92 Hackathon as well. The IETF and open source communities are encouraged to reference these sites to help with their ongoing work.

Good news - the IETF has already announced a hackathon at IETF 94 in Yokohama, and Cisco DevNet is on board to sponsor it yet again. Not only that, the hackathon will become a regular part of IETF meeting in 2016 and beyond. Sponsorship

opportunities exist for anyone wanting to show their support for this important effort  (contact Ray Pelletier for details). So mark your calendar, plan to arrive early, and help us have the biggest and best IETF hackathon ever, October 31 - November 1 in Yokohama.

The keep up to date with all things related to past and future IETF hackathons, subscribe to hackathon@ietf.org.

Latest Contents
syslog messages with python
Created by NumanAhmed5673 on 04-01-2020 12:24 AM
4
0
4
0
Hello  How can use python to go through syslog file to give me only text I am interested in? thanks for any help in advance
Swagger for DNAC Intent APIs
Created by hsudhaka on 03-31-2020 10:50 PM
1
0
1
0
Hi Everyone,   Is there a place I can download the a Swagger file for the DNAC Intent APIs. The link to JSON file on this page seem to be broken ?   https://developer.cisco.com/docs/dna-center/api/1-3-3-x/
IOS-XE 16.9.4 netconf-yang error: "%HA_EM-7-FMS_POLICY_MAX_E...
Created by Seth Beauchamp on 03-30-2020 11:25 AM
1
0
1
0
I have been working on an ansible playbook to assist with deploying customer configuration on a IOS-XE PE router. To be brief, the ansible playbook looks at a yaml file containing information on how to deploy a customer instance and deploys a configuratio... view more
Python netmiko interactive session on Cisco IOS
Created by fc00::/7 on 03-30-2020 02:13 AM
5
0
5
0
This is simple Python code to get `show hostname` output in Cisco IOS.script.pyfrom netmiko import ConnectHandler cisco_881 = { 'device_type': 'cisco_ios', 'host': 'host', 'username': 'u', 'password': 'p' } net_connect = ConnectHandler(**cisco_881) out... view more
I am looking for a Yang Model that will return me the mac ad...
Created by Caiena on 03-28-2020 01:27 PM
7
0
7
0
I am using the Yang explorer with a Cisco catalyst 9300 and I am unable to find a Yang model that will return mac address table from the switch. Can anyone help me with find a Yang model that i can use to retrieve the mac address table from my catalyst 93... view more
CreatePlease login to create content
Discussion
Blog
Document
Video
Idea
Related Content
Discussions
Blogs
Documents
Events
Videos
Ideas