We are changing the way you share Knowledge Articles - Click to read more!
Turn on suggestions
Auto-suggest helps you quickly narrow down your search results by suggesting possible matches as you type.
Showing results for
Search instead for
Did you mean:
Create a new blog
2321
Views
6
Helpful
0
Comments 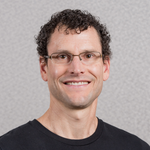 The first ever IETF Hackathon was held March 21-22, the weekend before IETF 92 in Dallas, TX. It was a late addition to the conference schedule, answering the call to action from Engineering CTO and Chief Architect Dave Ward’s talk at IETF 91, Open Standards, Open Source, Open Loop. Cisco’s DevNet team teamed up with IETF leaders to put the event together in short order. Stated goals included bringing running code back into the IETF, bridging the gap between open source and open standards, and introducing more developers and young people to the IETF. It was a huge success by these and other measures, as evident by the announcement at the plenary session of another hackathon at IETF 93 in Prague.

The hackathon featured six technology areas, representing a mix of existing IETF working groups, proposals with BoFs (Birds of a Feather sessions) occurring later in the week, and a combination of new and established open source projects. 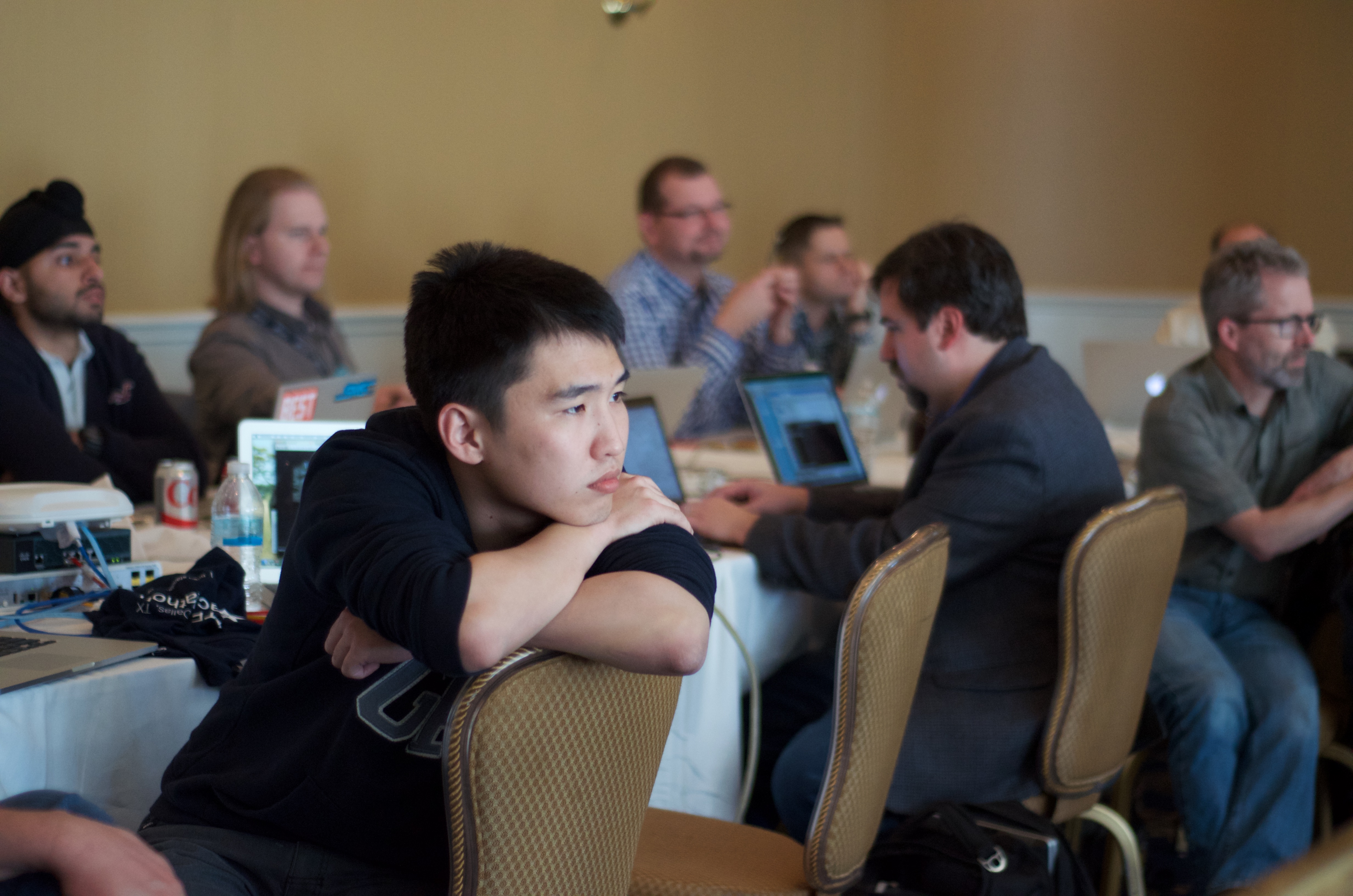 We kicked things off with a series of brief presentations that introduced each technology and proposed sample projects. Participants self organized into teams and started hacking. The knowledge transfer and productivity that ensued was astounding. People were so engrossed in their projects that lunch sat untouched for half an hour. Fresh cookies provided as an afternoon snack did not distract, a scenario unimaginable to most IETF veterans.

Nearly everyone stayed for dinner and many worked well beyond the advertised closing time of 21:00, with the last few groups of dedicated developers being kicked out over an hour later. 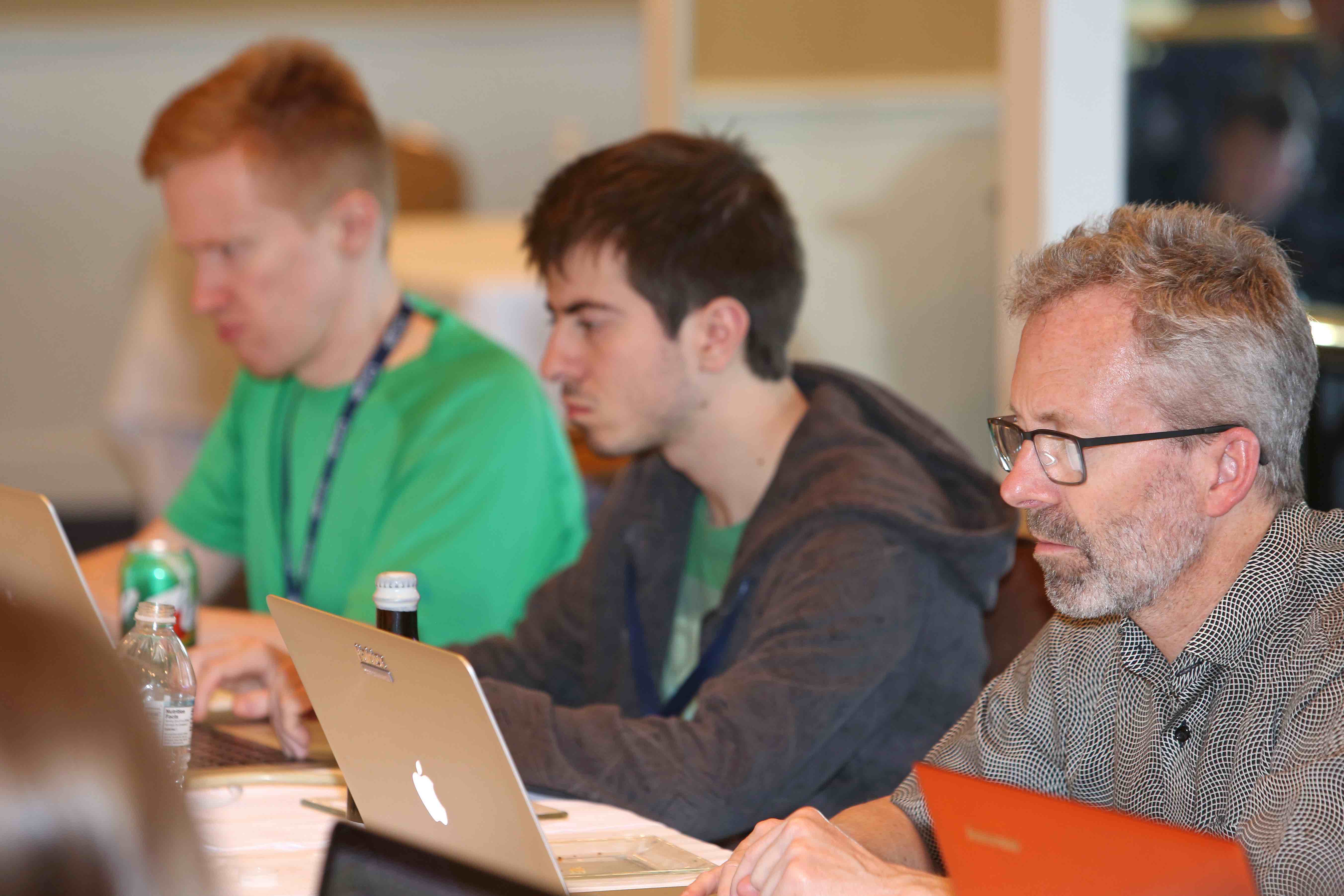 There was no loss of enthusiasm the next morning, with many people arriving before the advertised start time of 09:00. A few new faces arrived, their previously established travel plans or airline strikes not allowing them to participate the previous day.  They were welcomed, plugged into existing teams and started contributing. 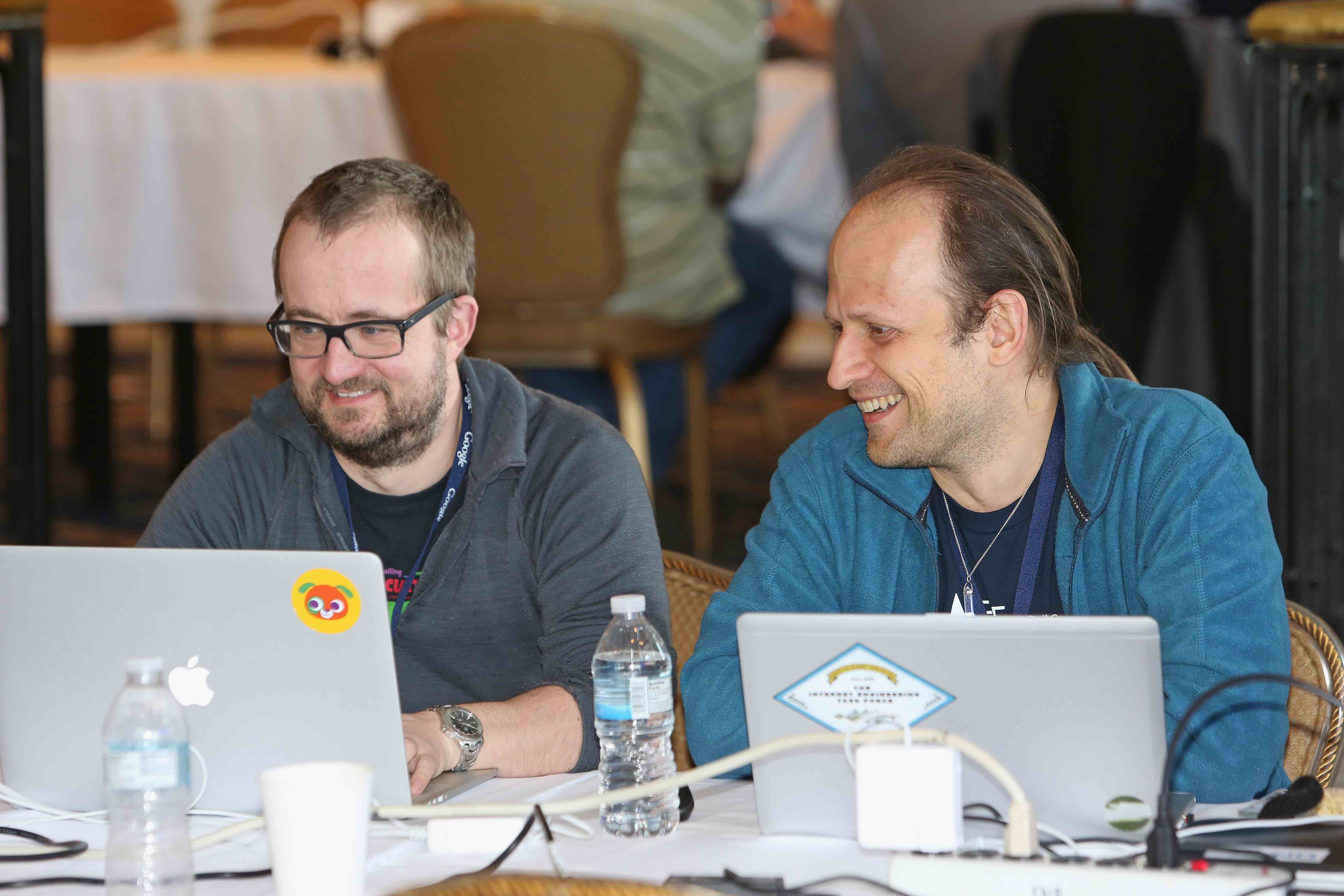 By mid Sunday afternoon, teams switched gears to prepare and deliver brief presentations in which they shared what they had accomplished to their peers and a set of esteemed judges - Jari Arkko, Richard Barnes, and Mark Nottingham. Following the presentations, the judges conferred to determine the winners. At stake were bragging rights plus tech goodies that included Raspberry Pis, Infiniter green laser pointers, and Kill-o-Watt power meters.

The set of projects included the following:

"My personal thanks for helping out in the IETF Hackathon and plugging me to right group to contribute. I should say I had good time hacking as a first time IETFer"

"I got to learn a lot and meet talented folks. I do not know why such an event never happened till 2015, it should have part of IETF since day one."

We may not be able to change the past, but we will continue to shape the future of the IETF, including another hackathon at IETF 93 in Prague! 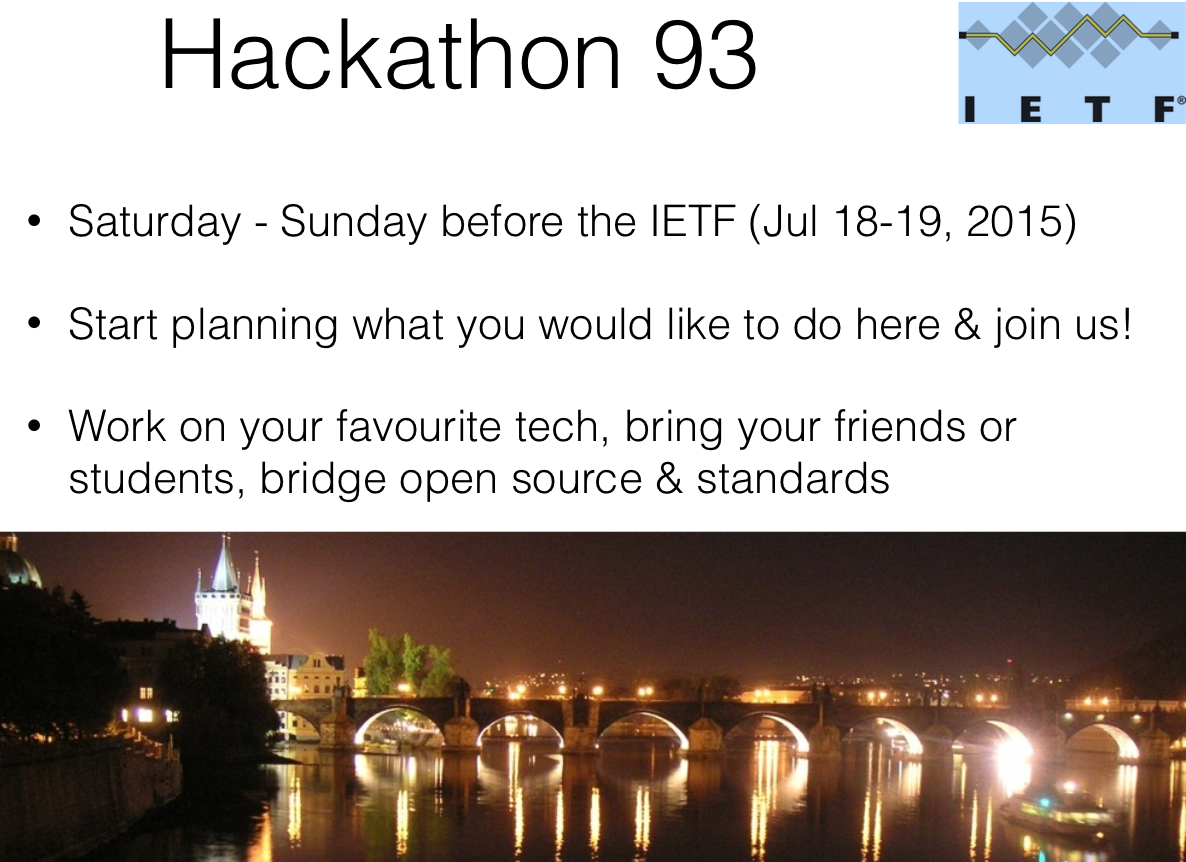