Welcome to the new Cisco Community. LEARN MORE about the updates and what is coming.
Turn on suggestions
Auto-suggest helps you quickly narrow down your search results by suggesting possible matches as you type.
Showing results for
Search instead for
Did you mean:
Create a new article
Options
6038
Views
5
Helpful
2
Comments

This document is an illustration of Stub, Totally Stub and NSSA area feature in an IPv6 environment. Stub, NSSA, and totally stubby are supported and configured in the exact same way as for OSPFv2 for IPv4, using the area stub, area nssa, and area stub no-summary commands.

In this document, three routers (R1,R2 and R3) are configured with OSPFv3 routing protocol, with router R1 and R3 in Area 0 and R1/R2 in Area 12. Router R3, has three Loopback interfaces and are advertised via OSPFv3. The only exception of Loopback 3, which is redistributed into OSPFv3 routing protocol to make it as an external route. This is done purposely to differentiate between different type of routes received by router R2 under different cisrcumstances. Under Normal conditions, i.e. running OSPFv3 without any of the stub feature all these routes will appear at R2 as below. Note: route OE2 is external as it was redistributed on R3 as a connected route. See configuration of R3. In Stub routing, the router gets a deafult route and the internal OSPF routes. The external routes are filtered out. Stub feature is configured by command "area x stub" under the OSPFv3 routing configuration mode. It is important to configure both the ends by keyword stub. Note: A deafult toute::/0 along with OSPF Internal routes are only received by stub router R2. Prefix AA3::33 is an external route and is filetered out, even though it is reachable.

In Totally stubby area, the stub router receieves only the default route and all other (intra, inter, external) are filtered out. The feature can be configured on any one router by command "area x stub no-summary".

The feature works with command "area x nssa". With NSSA, the routes receives only the Intra and Inter OSPF routes, all other routes (External) are filtered out. For NSSA, the configuration is done at both the ends. 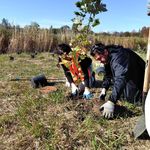 Hello,
Can any one pls tell me under "show ipv6 route" why there is via FE80::2? meaning why the router is showing link local address not interface ipv6 address?
Thanking you in advance.
shrijan