Cisco Community
English
Register
Login
We have 1 million community members! Join the celebration! Learn how.
RegisterLogin
Options
Turn on suggestions
Auto-suggest helps you quickly narrow down your search results by suggesting possible matches as you type.
Showing results for
Search instead for
Did you mean:
Announcements
615
Views
0
Helpful
1
Replies 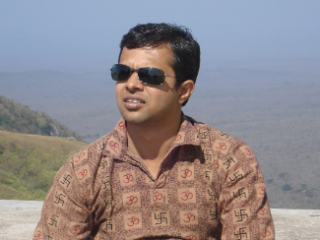 Please help me for the following case. We need to resolve it ASAP.

While applying pbr on the isp router for diverting a traffic to other isp cpu usage goes very high.

These values are found on the first line of the output:

CPU utilization for five seconds: x%/y%; one minute: a%; five minutes: b%

Process Utilization is the difference between the Total and Interrupt; x minus

y. The one and five minute utilizations are exponentially decayed averages (rather

than an arithmetic average), therefore recent values have more influence on the

ERROR: Total CPU Utilization is at 99% for the past 5 seconds, which is very

This can cause the following symptoms:

- Slow response in Telnet or unable to Telnet to the router

- Slow response on the console

- Slow or no response to ping

TRY THIS: If IP Input is consuming the CPU, one of the following might be the

- Traffic that can't be fast switched is arriving. This could be any of the

* Packet for which there is no entry yet in the switching cache.

INFO: If there is a device in the network which is generating lots

router and is using different source or destination ip addresses, there

won't be a match for these packets in the switching cache, so they will

be processed by the IP Input process. This source device can be a

malfunctioning device or a device attempting a Denial-of-Service (DOS)

* Packets destined for the router (ie. Routing Updates or a Spoof Attack)

* Compressed traffic. If there's no Compression Service Adapter (CSA) in

the router, compressed packets must be process-switched.

* Encrypted traffic. If there's no Encryption Service Adapter (ESA) in the

router, encrypted packets must be process-switched.

- A lot of packets, arriving at an extremely high rate, for a destination in

a directly attached subnet, for which there is no entry in the ARP table.

This shouldn't happen with TCP traffic, because of the windowing mechanism,

but it can happen with UDP traffic.

- A lot of multicast traffic going through the router. Unfortunately, there's

no easy way to examine the amount of multicast traffic. The 'show

interfaces' output reflects the amount of multicast traffic received and

does not include the amount sent.

interface configuration command (fast switching of multicast packets is off

- Too much traffic is passing through the router. Try distributing the

load among other routers or consider purchasing a high-end router.

- Check who's logged on to the router and what they are doing. If someone is

logged on and is issuing commands that produce long output, the high CPU

utilization by the virtual EXEC process. Be sure that debugs are off by

Also I wonder if tuning BGP configuration could make you achieve the desired result without using PBR.

Latest Contents
(Podcast) S8|E38 The Predictive Internet
Created by Amilee San Juan on 09-22-2021 09:19 AM
0
0
0
0
Listen: https://smarturl.it/CCRS8E38 Follow us: twitter.com/CiscoChampionAdding learning capabilities to the internet will increase the overall network SLO and application experience. Real data driven experiments have shown that such an approach... view more
(Podcast) S8|E37 Cisco Champion Unfiltered: I'll Fix That La...
Created by Amilee San Juan on 09-17-2021 01:12 PM
0
0
0
0
Listen: https://smarturl.it/CCRS8E37Follow us: twitter.com/ciscochampionSometimes, situations require temporary fixes. Sometimes, the network becomes an afterthought in overall office design and planning. In either situation, it may require netw... view more
Hear how great partnerships make smart building solutions
Created by Kelli Glass on 09-16-2021 03:33 PM
0
0
0
0
In this special edition of the Insider Series, we hear from Cisco partners who have taken steps to be more eco-friendly and sustainable. We hear what inspires ASHRAE, Southwire, Igor, and NTT to create a workplace that is centered around people and how th... view more
Demystifying OSPF DR Network LSA
Created by meddane on 09-15-2021 05:48 AM
0
0
0
0
We know that the Type-1 LSA describes the link type connected to the router, the neighbor router and the subnet number.In this topology, assume we dont have a Type-2 LSA, so each router will create its own Type-1 LSA, the Type-1 LSA will describe the neig... view more
Cisco DNA Center ATXs FAQ
Created by dilthaku on 09-12-2021 06:32 PM
0
0
0
0
Here are some commonly asked questions and answers to help with your adoption of Cisco DNA Center Wireless. Subscribe to this post to stay up-to-date with the latest Q&A and recommended Ask the Experts (ATXs) sessions to attend. Q. I have a Cisco Appl... view more
Ask a Question
Create
+ Discussion
+ Blog
+ Document
+ Event
+ Video
+ Project Story
Find more resources
Discussions
Blogs
Documents
Events
Videos
Project Gallery
New Community Member Guide