Cisco Community present at Cisco Live EMEA 2023. See you in Amsterdam! Learn more.
Turn on suggestions
Auto-suggest helps you quickly narrow down your search results by suggesting possible matches as you type.
Showing results for
Search instead for
Did you mean:
Start a conversation
Options
255
Views
0
Helpful
1
Replies

Help with DHCP and static routes

I am sorry, I am not familiar with a lot of the vocabulary for networking but I am going to give it my best.

I was given a task withing cisco packet tracer to set up a DHCP configuration, connect the routers with static routes and assign specific subnet masks. I had the most problems with dhcp and static routes. this is how the connected network looks like: 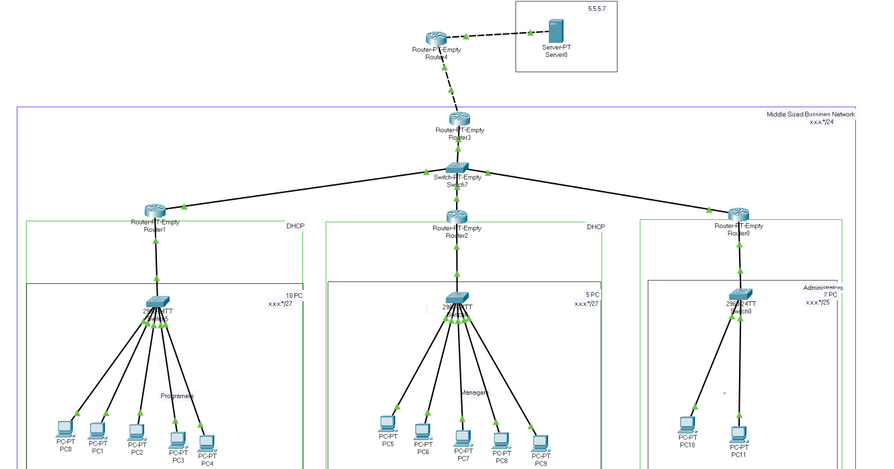 the steps I followed to get to this position:

setting up the dhcp:

in the router I typed in these commands:

and then attempted to connected them using the static route menu: 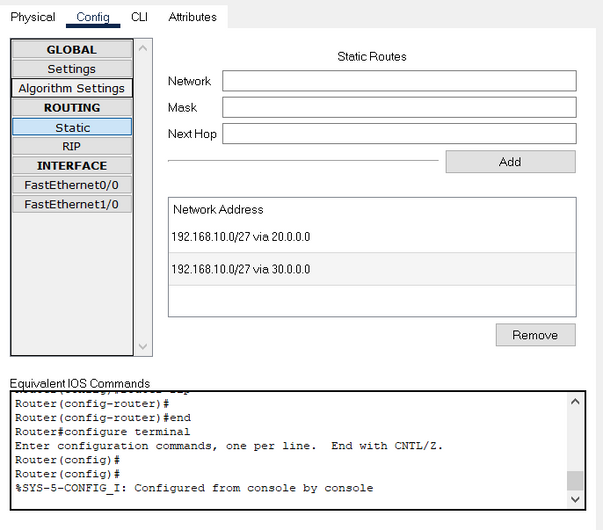 and made similar routes on each router. I though this would allow me to send messages in-between computers in different dhcp networks but it does not. I though I followed the tutorials and guides on youtube and such correctly but I guess I am still missing something. I am thinking it might be something to do with the switch in the middle but i am not sure. any help would be greatly appreciated!