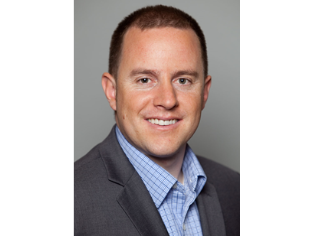 Enhancements to HUU include adding an interactive graphical user interface to HUU and adding non-interactive update capabilities for single-system and multiple-system updates for no touch upgrades of Cisco C-Series Server firmware. Updates can be applied using the bootable image in the HUU ISO which can be mounted via vMedia to boot host to HUU and triggered through the KVM using an interactive update interface. Other tools offering non-interactive updates include a Python update tool and a Microsoft Windows-based tool, both of which offering single-system and multi-system update capabilities.

The Host Update Utility (HUU) is a tool that helps users to update the various levels of firmware running on their system including:

Links to Getting Started Videos:

In this video we will use the Python Tool to update a single system by passing configuration flags and options through the CLI to a remote target. This is the recommended update process for a one-time update to a single system.

In this video we will use the Python Tool to update a group of systems using a configuration file. We will walk through the encryption setup process for the target CIMC as well as the remote share and how to reference these encrypted files in an update script. This is the recommended update process for updating multiple systems concurrently.

***New IMC 4.1(3b) utilities are posted! Scripts are updated on an "as needed basis" and do not necessarily match the latest release.

Timeout needs to be a minimum of 60, and once this is addressed, the command should run as expected. 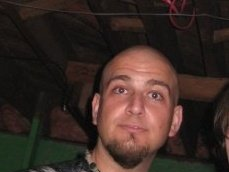 These simply do not seem to work.

Made it a bit further.  Now the scripts seem to fail mounting the HUU iso, despite us being able to mount it manually via the Web GUI.

The following is noted in the CIMC log from the kernel:

Hi Scott - do you have any additional failure details from the logs generated while running the scripts? By default the logs will be in the same directory from which you ran the update.

Okay... so, we've moved to trying to feed these via a simple WWW server and mounting that way.

I'm doing some test runs and I'm running into either a latency, bandwidth, or timeout issue when attempting to boot the DVD ISO over a WAN link (about 10Mbps).  It gets the HUU nearly fully loaded and then the server is being restarted and it tries again?

Is there some way to prevent this or modify any relevant timeouts?  These sites are remote and we really need to somehow be able to do this in an automated fashion.

Hi Scott - yes update_timeout is one of the parameters in the config file. You can try a few different values here. If you are able to ping me offline g-r-e-w-i-l-k-i at cisco dot com (no dashes), we can try connecting directly.

Hello where can I find the Microsoft Utility? The hyperlink in the first post is broken and cannot see a Windows type file in the downloads.

p.s. we are looking to upgrade multiple Cisco APIC C-Series servers, some are M3 and some are M4. ACI 4.1.1i recommends:

I'm looking at the .tar file downloads but unsure which files I need. It would be helpful if a file index existed with a brief description of their purpose/CIMC version supported.

Hello - we do not have a Window utility. The tools are linux based only.

This text led me to believe a Windows tool was available.

"Other tools offering non-interactive updates include a Python update tool and a Microsoft Windows-based tool, both of which offering single-system and multi-system update capabilities."

Yes we have a UCS PowerTool Suite for Windows. Details can be found here:
https://community.cisco.com/t5/cisco-developed-ucs-integrations/cisco-ucs-powertool-suite-powershell-modules-for-cisco-ucs/ta-p/3639523

If you are able to ping me offline g-r-e-w-i-l-k-i at cisco dot com (no dashes), we can try connecting directly. I would need details on system model and FW versions as well.

I am getting following error while running this script. I am running firmware version 4.0(4c) and trying to upgrade to 4.0(4d.). Is following problem on my UCS CIMC or the linux machine that I am using for executing this script?

Linux machine where I am running this script has SSL version "OpenSSL 1.0.2g"

Firmware update failed for CIMC - x.x.x.x, Error - CIMC login failed. SSL version on server is older than 1.0 and is not compatible.

The links to all of the HUU videos seem to be broken, Can someone fix this?

RELOAD YOUR SCREEN OR TRY SELECTING A DIFFERENT VIDEO

Latest Contents
Unable to KVM connect to C-240 M4SX through UCS Mabager
Created by CGandvfx on 04-14-2021 05:06 PM
0
0
0
0
Hi everyone I got the message " Login failed or timeout " whenever I try to KVM console the C-240 M4 server through UCS Manager.I have another C-220 M3 that I can successfully KVM console it on the same terminal computer.I am wondering if anyone faci... view more
UCS c240 M4SX HDD compatibility
Created by ER35455 on 04-14-2021 01:52 PM
1
0
1
0
Hi, Can I add the following drive types to a c240 M4SX, firmware version 2.0(10b). There is an existing virtual drive so i am thinking about adding these and creating another instead of expanding it. UCS-SD800G12S3-EPUCS-SD16TB12S3-EP&... view more
CIMC Login Fails after Reset
Created by carlzone on 04-14-2021 07:37 AM
1
0
1
0
My team is tasked with re-purposing a UCS S3260 chassis with 2 S3260M3 server nodes (UCSC-C3X60-SVRNB). We used the CIMC GUI to factory-reset all components in chassis. We connected a KVM to server 1 to set CIMC IP and password. After setting the new pass... view more
VMware vSphere Hypervisor (ESXi) 7.0U2 - OEM Installer Image
Created by mimorgenstern on 04-13-2021 11:19 PM
2
0
2
0
Dear Cisco in the Vmware Portal are OEM Customized Installer CDs availiable. For U2 HPE, Lenovo and DellEMC is there. When is Cisco contribution with your OEM installer for VMware vSphere Hypervisor (ESXi) 7.0U2 - any ETA?Your last one was ... view more
CIMC host will not power on
Created by tyronepettis on 04-08-2021 10:24 AM
0
0
0
0
I updated my E140D CIMC via HUU to 3.2.4 now the KVM host will not power on. The power light flashes orange or says a steady orange.
Create ContentLogin to create content
Question or Discussion
Blog
Document
Project Story
Video
Related Content
Discussions
Blogs
Videos
Project Gallery
Content for Community-Ad