Is there a way to enforce that Service Profiles created under Global SP Templates in UCS Central to allocate out MAC/WWPN addresses sequentially from the created pools?

I'm aware of this feature can be selected in UCSM when you create a pool but this does not seem to be available in UCS Central.

It's coming in a future release.

Enthusiast
In response to ericwill

Thanks Eric, is there any timelines on when this will be available?

My customer has requested this functionality for their environment.

Cisco Employee
In response to probinson

Excerpt from the Release Notes:

Beginner
In response to ericwill

I do not believe that the ID range qualification policy yet works within global service profiles the way Paul is trying to use them. I am using 1.1(2a) and not having luck with it. Basically, what it's telling me is that there are no resources for anything (MAC, WWPN, WWNN, etc.).

What I'm doing, for instance with UUIDs (same for other pools):

Block 1 has an ID range qualifier of "Datacenter_1"

Block 2 has an ID range qualifier of "Datacenter_2"

The lack of ability to assign resources appears to have to do with the fact that when the SP is created, Central does not tag it as  belonging to one data center or another, thus rendering the qualification policy more or less useless. Fair enough, and logical. That would seem to be 'as designed', since service-profiles are given resources even prior to blade association, which is the point they then become pinned to a specific domain group.

I suppose for this to work the way we're (or at least I'm, don't want to speak for Paul but I'm assuming we're trying to accomplish the same goal here) trying to use it, you would need some mechanism to say 'this particular service profile is going to belong to data center 1 or 2." Maybe an extra step that asks you this in service-profile creation off of a template, or something.

Not overall a big deal needing to create multiple pools for this with 2 DGs, but once you start getting into the higher numbers, these pools begin to multiply quickly.

Beginner
In response to ryan.lambert

Just fell into this hole as well. Trying to greenfield as best we can with higher order blocks for certain pools, but this issue burns us when we create the SP's.

Shame really, since it's a great idea on the surface.

Beginner
In response to ericwill

I'm getting ready to deploy on a pretty large UCS implementation in about a month or so. As of the latest version of UCS Central this does not seem to be working. Understanding that it's slated for a future release, has the BU communicated any firm or approximate dates when we can expect this?

I'm trying to do exactly what Paul is.

Enthusiast
In response to Walter Dey

I have read through your thread and this has lead to another concer...

To match a UCS domain/site with a specific WWPN block of address I was going to use the "ID Range Qualification Policy" however in the thread you provided its indicating that this matching can only be done in Local Service Profile Templates, have I read this correctly? 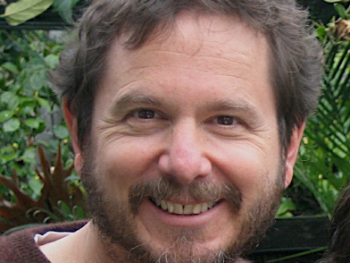 Beginner
In response to probinson

I'm assuming that the reason you want this is for easy deterministic correlation between IDs and SP's.   Correct?

What if we had just an easy way of reporting/querying the SP's, so that the corresponding IDs could be easily mapped?   Is that something that would solve your problem?    If not, please share the scenario/use-case so we can try to best address it.

Enthusiast
In response to Jeffrey Silberman

The request has come directly from the SAN team who are looking to pre-define and create the association between the UCS vHBAs (WWPNs) and the Boot LUNs on the storage array.

Any other suggestions on how to get around this?

On a seperate note:

To match a UCS domain/site with a specific WWPN block of address I was going to use the "ID Range Qualification Policy" however reading a previous thread its indicating that this matching can only be done in Local Service Profile Templates, have I read this correctly? Can the ID Range Qualification Policy not be used in a Global Service Profile Template?

Beginner
In response to probinson

Pre-provisiong the SAN (zoning, LUN allocation, LUN masking) are all great use cases and fully supported for both UCS and UCS Central today.

You are correct that GSPs from GSP Templates that use Global Pools will currently draw ID from the pool in a non-sequential manner.    And yes,  the SAN association can not be completed until the GSP's are created.   But that does not necessarily mean that the GSP's need to be associated.    For both UCS and UCS Central, the "pre-provisioning" use case sequence would be:

3)  Do all the SAN pre-configuration/pre-provisioning (zoning, LUN allocation, LUN masking)

4)  Associate the SP's/GSP's on to their respective physical servers

In UCSM, you can get this mapping by looking at the WWPN Pools.   And it's the same in UCS Central, if you look at "ID Usage" for a given Global Pool.     So the behavior between UCS and UCS Central is vritually identical, except for what I call the "aesthetic" aspect of having the IDs and the SP/GSP numbers fall in to exact linear alignment.     So the SAN team can indeed "pre-define and create the association between the UCS vHBAs (WWPNs) and the Boot LUNs on the storage array" --- and that association can be both persistant and consistant --- but from a logical standpoint, not an enumerated sequential standpoint.

On your separate note : You are reading correctly --- Range Qualification Policy is bound only to Local SP's, not Global SPs.   To do what you're attempting, you would need separate Global ID pools (not just blocks) to be paired with the Domain/site/DomainGroup that would be consuming them.

It might be a bit challenging to follow up over the next couple days, given the US holiday break.   But I'd be happy to jump on a call/WebEx with you early next week, if that would help.