Cisco Community
English
Register
Login
Great changes are coming to Cisco Community in July. LEARN MORE
RegisterLogin
Options
Turn on suggestions
Auto-suggest helps you quickly narrow down your search results by suggesting possible matches as you type.
Showing results for
Search instead for
Did you mean:
Announcements
3744
Views
0
Helpful
2
Replies 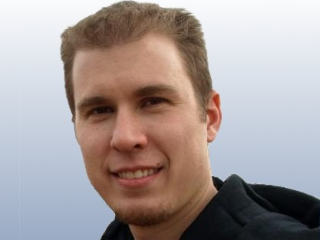 Has anyone had any success modifying the displayed text with the AnyConnect client?

I currently have AnyConnect 2.5 deployed on our ASAs and have been unsuccessful in modifying some text field values next to the textboxes for entering your login credentials.

I've tried following the content in the following article:

These are the changes made so far:

See the attached image for what I'm looking to change.

Labels:
Preview file
455 KB
I have this problem too
0 Helpful
Reply
1 ACCEPTED SOLUTION

You should export the template to your pc and then make the modification.

Then import it back and select the correct language which you are using. (I am using en-us).

If it is still not working. Uninstall anyconnect client and try it again.

You should export the template to your pc and then make the modification.

Then import it back and select the correct language which you are using. (I am using en-us).

If it is still not working. Uninstall anyconnect client and try it again.

Beginner
In response to Yudong Wu

Thanks for the alternative approach, as I was attemping to make the changes inline on the ASDM by using the add and edit buttons on the ASDM.

Afterwhich, I uninstalled the client on my client PC, then revisited the login portal page, logged in, and downloaded the client. Success.

It's great that it worked, but I'm not sure why my previous attempts failed.  The changes made inline were no different than the changes on the imported file.  The only difference was I edited the language templates in the ASDM rather than importing from a remote file, and I only tried en, and en-us.

Either the inline editor is broken, or my ASA thinks it's in Canada or the United Kingdom.