Cisco Community
English
Register
Login
COMMUNITY HELPING COMMUNITY - With your Community actions and contributions, we will donate up to $10,000 to UNICEF by end of January- PARTICIPATE
RegisterLogin
Options
Turn on suggestions
Auto-suggest helps you quickly narrow down your search results by suggesting possible matches as you type.
Showing results for
Search instead for
Did you mean:
1418
Views
0
Helpful
4
Replies
Highlighted

BRING INSIDE INTERFACE UP WHEN NOTHING CONNECTED

We have an ASA on site that is running VPN connectivity out to the web from head office location. Accordingly, we having nothing plugged into the inside interface just the Outside interface where we interconnect to the web. The ASA is configured with a site to site VPN between sites for mainly remote access and off site syslogging.

We have configured the VPN with the inside network address, in this example 172.24.0.0/24 and the isakmp and Crypto Map bound to the Outside interface. However, when we try to bring up the tunnel we get the message "inside interface down" which we would expect as there is no physical device connected to the ethernet port to bring it up. On IOS routers we can use the command "No autostate" to stop virtual interfaces going down, but how can we fix this problem on the ASA?

Could you clarify the setup a bit more or even provide configuration and picture of topology?

I am not sure why you would configure a device with a L2L VPN where the source address are located behind an interface that is not even up?

If the ASA uses the "outside" interface for all the traffic (through the use of VPN connections) then the new L2L VPN connection would probably need to be tested through another VPN connection.

To my understanding there is no similiar way to keep an interface up on an ASA like its with the Routers / L3 switches for example. I once did this on an ASA5505 by connecting 2 ASA ports together with different Vlan IDs. Had to be carefull not to make the wrong connection or the ASA would get overwhelmed by broadcasts.

Yes, probably not the best description we have ever given. Anyway, the ASA is onsite to provide internet access for remote VPN users so there is no onsite LAN set up. The reason we have set up a site to site is purely for syslog messages that are required to be logged offsite for corporate purposes. The main thing is getting syslogging offsite to a remote server which I guess could be achieved without the VPN. Hope this clarifies our requirements.we use SSH for management of the ASA.

Mentor
In response to veltech

If your only problem is getting the L2L VPN connection working for the purpose of sending Syslog from the device itself to the central server through the L2L VPN then you should configure the VPN devices external public IP address as the local address for the L2L VPN (only that IP address) and configure the "logging" configurations to use the "outside" interface so the device will use the public IP address as the source. The device should then tunnel the Syslog traffic through the L2L VPN, provided that the L2L VPN comes up ofcourse but I guess it should if you use some commands to generate log messages or form connections that generate logs messages. 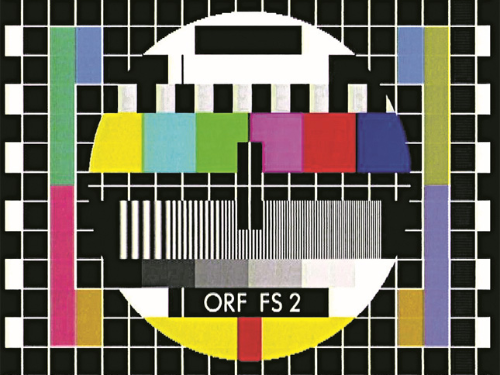 Isn't there any means to keep the interface up without shortcutting two ports?

I would never want to use SNMP on the outside interface.

Latest Contents
Get the 2021 Cisco Security Outcomes Study
Created by Kelli Glass on 12-01-2020 11:44 AM
0
0
0
0
Usually no news means good news in security, but how do you know what is working, what could be better and where you should invest? Introducing the Cisco Security Outcomes Study. We commissioned an independent survey of 4,800 active security a... view more
What's New in NGFW FTD 6.7, ASA 9.15.1, FXOS 2.9
Created by suhegade on 11-30-2020 02:52 AM
0
5
0
5
Cisco is happy to announce their Fall release, FTD 6.7/ASA 9.15.1/FXOS 2.9, which consists of 104 features across 24 initiatives, addressing technical debt while staying true to our five core investment areas: Ease of Use and Deployment, Unified Policy an... view more
Cyber Ops Pro 350-201 CBRCOR
Created by Gallifrean on 11-25-2020 02:44 PM
1
0
1
0
Does anyone know when and where study resources will become available for this certification?
Is it right way to exclude ? \Program Files\Commvault\*
Created by Pruthvirajnasagoni89418 on 11-24-2020 09:34 AM
0
0
0
0
Hi Team, I have one exclusion provided by internal team which is Is it right way to exclude ?  *\Program Files\XYZ\* , as per Cisco Docs i see its not recommended because it will create performance issue when we use * at starting ,  So... view more
Customer Connection Briefing - Central Log Management using ...
Created by Kelsy Tibshraeny on 11-24-2020 09:27 AM
0
0
0
0
Central Log Management using Cisco Security Analytics and Logging, December 2nd at 8am-9:30am PT Cisco Security Analytics and Logging is Cisco’s Central Log Management solution for Network Operations and Security Outcomes. It is delivered both as a c... view more
CreatePlease login to create content
Discussion
Blog
Document
Project
Video
Related Content
Discussions
Blogs
Documents
Events
Videos
Projects
Content for Community-Ad