Cisco Community
English
Register
Login
ANNOUNCEMENT - Security Restructure has finished!. Email and Web Notifications are ON now - LEARN MORE
RegisterLogin
Options
Turn on suggestions
Auto-suggest helps you quickly narrow down your search results by suggesting possible matches as you type.
Showing results for
Search instead for
Did you mean:
1190
Views
0
Helpful
1
Replies 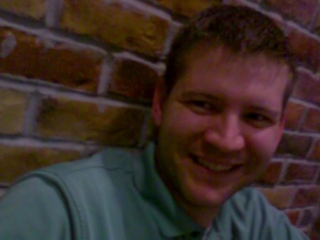 I have a situation that has been nagging at me all day.  I'm trying to setup a DMVPN with a 7606 using an IPSEC SPA on one end and a 2431 on the cpe end.  The complication seems to be surrounding the implementation on the 7606.  We have an IP connection that comes into the 7606 and terminates in a vrf called IPSEC (The FVRF).  All the tunnels come in that connection, through the IPSEC SPA magi,c and come get dumped into different IVRFs depending on the tunnel.  From there they can go back upstream via the MPLS network to sites within the MPLS VPN.  It sounds like a great idea!!  I'm hoping I am not misunderstanding how this works because I could see us using this A LOT.  The problem I am having is with NHRP.  If I build everything up with IPSEC protection, the tunnels never establish.  If I remove the tunnel protection from the spoke and the hub, allow the NHRP cache to populate on the HUB, then drop the tunnel encryption on both ends, voila!  Tunnels come up and all it great! Until....we build 10s of tunnels to this HUB and one drops due to a crappy cable or dsl connection and is down long enough for the NHRP cache to timeout on the hub.  Now to get that one site back up I have to remove tunnel protection so that the NHRP cache can populate on the HUB.  In the mean time I have broken all the other sites and have to go touch all of them.  When we tried this without vrfs at all it worked fine.  It just came up without an intervention.  I would really like to know what, if anything, I'm doing wrong with this implementation that requires me to remove tunnel protection to allow NHRP to build it's initial cache entry on the HUB.

Any suggestions?  IPSEC is the FVRF and test is the IVRF in the config below.

tunnel destination X.X.X.X (IP = the IP of Loopback0 on the Hub)

Re: DMVPN - NHRP fails on IPSEC protected tunnel with FVRF on t

I found a post on a non-cisco site claiming the following.

"NHRP Registration Request causes an IKE session to be initiated with the Hub. Once the IKE/IPSEC sessions are established, the NHRP Registration request is forward over the IPSEC/GRE tunnel."

Is this accurate?  If so, then IPSEC would have to use aggressive mode which gains me little.

0 Helpful
Reply
Latest Contents
Firepower set-up issue
Created by joseph.williams@atos.net on 02-21-2020 03:12 PM
0
0
0
0
I am installing IDE using Firepower. I have set up firepower on the management port. I gave it a .190 address (last quad). The Firepower management center .189 is on a different subnet. That subnet can ping the interface .189 but not the management port .... view more
ISE / DNAC and multiple AD domain
Created by RD77 on 02-21-2020 08:24 AM
0
0
0
0
Hello,We have a SDA network with DNAC and ISE.In this network we have different teams with different AD domain and PKI. (domains do not trust each other)Users are only sharing same switches in the fabric. We want to authenticate the endpoints with EA... view more
ise 2.6 redirect URL isssue
Created by Mike Co on 02-20-2020 05:06 PM
3
0
3
0
Questionhello all , i have a issue about the ise 2.6 redirect url, when i finish ise configuration and try to web auth, what i got  shown as below:Redirect URL : https://ip:port/portal/gateway?mac=ClientMacValue&portal=27041710-2e58-11e9-98fb 005... view more
Community Live video- How to optimize your Cisco Security in...
Created by ciscomoderator on 02-20-2020 03:24 PM
0
0
0
0
Community Live video- How to optimize your Cisco Security investments with Threat Response (Live event - formerly known as Webcast-  Tuesday February 18, 2020 at 10 am Pacific/ 1 pm Eastern / 7 pm Paris) This event had place on Tuesday 18th, Februa... view more
#CiscoChat Live - RSAC 2020: Securing What’s Now and What’s ...
Created by Kelli Glass on 02-20-2020 02:39 PM
1
0
1
0
Join us live from the RSAC show floor on Tuesday, February 25 at 12:30 pm PT (and on demand after) for a livestreaming event that captures the excitement of RSAC and shares the latest from Cisco Security. Host Jason Wright will be joined by Cisco exe... view more
CreatePlease login to create content
Discussion
Blog
Document
Video
Related Content
Discussions
Blogs
Documents
Events
Videos