Hai, i was trying to add my cisco ironport WSA to SMA (both are in same subnet). I enabled monitoring service like

Centralized reporting and Centralized Configuration Manager in SMA. After i added the WSA ip and hostname in SMA and try to establish connection, but after several minutes it is showing timeout error.

Can you please let me know what should be the reason??? Do i need to enable anything on cisco WSA ??

Labels:
1 person had this problem
I have this problem too
0 Helpful
Reply
5 REPLIES 5
Highlighted 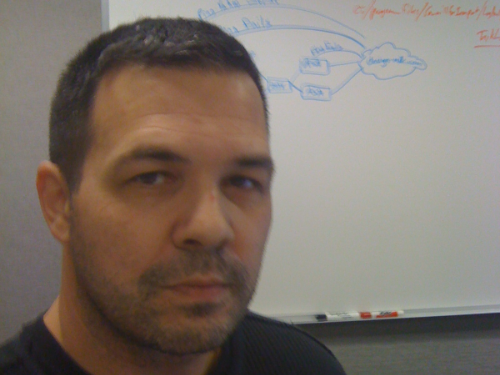 Log into the GUI -> Management Appliance -> Centralized Services -> Security Appliances -> Add the IP address & hostname in the appropriate fields -> Establish Connection then Test Connection. Let me know if that works for you.

Thank you for you help dear.

What should be the reason???

I would recommend that you take a packet capture on either of the appliances, and filter for the IP address of the other to see how far it is getting.  From this capture, we can determine if it is indeed a connectivity problem or something beyond that.

Hi, actually I have the same

Hi, actually I have the same problem, when trying to establish a connection from SMA to my WSAV (virtual web security appliance). I cannot add anymore my WSAV to my SMA. We have checked the network and connectivity is working for sure. I have also tried connecting from SMA command line to the WSAV and this is working (for ping and also a telnet to the SSH port 22 to ensure that SSH server on my WSAV is responding to my SMA and I get the prompt showing also the SSH FreeBSD version).

Here the output for telnet from SMA to WSAV port 22, which looks good:

The connection from SMA to WSAV was working before, but just for testing purposes, I disabled WSAV from the SMA (I wanted to take some screenshots for our team on how to bind WSAV to the SMA and now I cannot establish again the connection --> same error: time out error after a few minutes). I've already reset SMA completely and reinstalled and also rebooted the both devices several times but ending again with the same timeout error ... WSAV is 8.0.5 and SMA is 8.3.6-014 (which is good due to the compatiblity matrix).

I will go on and do some testing, as I need this working again until monday...

In the meantime if you have suggestions, feel free to give me some hints :)

I'll come back to you if I would find a solution or some kind of explanation.

Ok, i found the problems for

Ok, i found the problems for my deployment.

Most likely it was due to ESX performance issues causing unexpected network errors (we had an internal training and several additional virtual machines running today).

Now that network is free again, everything is working fine as expected.

So I guess that when you see the timeout errors, the root cause is most likely the underlying network (or in my case the virtual network performance).

0 Helpful
Reply
Latest Contents
IP and MAC filtering
Created by MrBeginner on 07-06-2020 08:01 PM
1
0
1
0
Hi ,I would like to know IP and mac address filtering.i have the one webserver.So i would like to restriction to access to web server.I would like do the whitelist to access webserver. i would like to do both IP and MAC filtering to access server.for exam... view more
What do you think about the Cisco Cybersecurity Report Serie...
Created by Kelli Glass on 07-06-2020 03:58 PM
0
0
0
0
Over the past decade, Cisco has published a wealth of security and threat intelligence information for security professionals interested in the state of global cybersecurity. The Cybersecurity Report Series provides detailed accounts of threat landsc... view more
Working with Orbital API
Created by dkrull on 07-06-2020 11:27 AM
0
0
0
0
Getting Started You will need to make sure that you have Orbital access before we begin. You need to be an AMP for endpoints Administrator, Advantage tier licensing or higher and you'll need at least one host with Orbital installed and connected to th... view more
What information is shared when I log into SecureX with Micr...
Created by diddly on 07-03-2020 04:05 PM
0
0
0
0
Question When I log into SecureX, I'm given an option to Sign in with MIcrosoft. What information is shared from my profile with Cisco? Answer 1. If you signed in with your work email, the information shared from your profile is controlled by your or... view more
Using Stealthwatch to Monitor IOT devices for exploitation, ...
Created by pejohns2 on 07-02-2020 09:08 AM
0
0
0
0
Stealthwatch Enterprise can be leveraged to monitor vulnerable devices, and alert on potential exploitation by bad actors looking to exploit Ripple20 and other potential vulnerabilities. Note that the concepts and procedures outlined here can be used for... view more
CreatePlease login to create content
Discussion
Blog
Document
Video
Related Content
Discussions
Blogs
Documents
Events
Videos
Content for Community-Ad
This widget could not be displayed.