We have upgraded several WAE-7341 devices from 4.1.3a to 4.1.5f, however the last upgrade failed. When we log into the device we get the error message stating "Disk based software not installe". Has anyone run into this?

Labels:
I have this problem too
0 Helpful
Reply
22 REPLIES 22

No directory /local/local1/./!
Logging in with home = "/".
System Initialization Finished.
Disk based software not installed.
Some applications may not run correctly!
574wa1#sh disk details 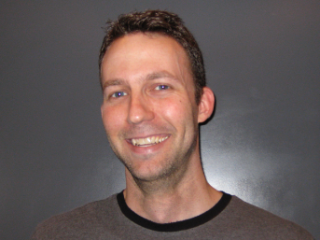 Rising star
In response to dhanasekaran.r

You can try the following, although it may fail:

If this fails (which is very well may), I would suggest having he device replaced.

I have the same issue on a WAVE 594 running 4.4.5. Any commands I can use to recover the appliance?

Rising star
In response to edwardwaithaka

Can you try the following:

For my case, we had disk replacement after that disks are online but not mounted.

It has the same error.

System Initialization Finished.
Disk based software not installed.
Some applications may not run correctly!

unable to sync CMS due to ...../sw/merlot/bin/spen: No such file or directory

could you suggest commands to recover the file system.

This worked perfect.  Thank you very much

Zach, I thought I would put this out there with all the details this time just in case there is something we missed.

The process we followed was:

2. "show statistics connection" - to verify all connections moved off of this device and failed over to the other device

3. Went to CM and enabled CIFS through GUI - This was due to the fact CIFS was disabled because of MS bug. If we enabled it after the reboot, we would of had to reboot again to clear the CM alarm that gets generated when enabling a service.

4. "show accelerators" to verify CIFS went from shutdown to running.

6. logged back in and did "show disk details" - noticed all disks were ok and volumes mounted.

7. "show accelerators" - This is when we noticed the services were shutdown.

8. ran "dir" command and noticed that some software that is on all other waas devices were missing, e.g. "actona" directory.

I am told that we are going to have to reload from scratch rather than just reinstall the image because there appears to be missing software.

I guess I would like to see if there is anything wrong with the process we followed to upgrade this device, and second verify if the files missing actually mean that we need to rebuild from CD. I am including the disk details, show accelerators, and dir output in the attached txt file for both the work and non working devices.

Thanks for all of your help!

Rising star
In response to j.shrewsbury

On the surface I don't see an issue with the way you upgraded the device.  Can you send me a system report from the device that had the problems with the upgrade?