Turn on suggestions
Auto-suggest helps you quickly narrow down your search results by suggesting possible matches as you type.
Showing results for
Search instead for
Did you mean:
Create a new article
Options
18200
Views
4
Helpful
2
Comments

WCCP was initially designed as a component of Cisco IOS Software whose purpose was to intercept HTTP traffic traversing a router and redirect that traffic to a local cache with the aim of reducing access times to websites and conserving wide area link upstream bandwidth. With the introduction of WCCPv2, the scope of the protocol widened to include traffic types other than HTTP, allowing the protocol to be used as a more general interception mechanism. In WCCPv2 clients specify the nature of the traffic to be intercepted and forwarded to external devices, which are then in a position to provide services, based upon the traffic type, such as WAN optimization and application acceleration.

WCCP v2 specifies interactions between one or more WCCP servers and one or more WCCP clients. The WCCP server role can be performed by some intelligent router device; the WCCP client could be a content caching engine or some other service delivering appliance. The purpose of the interaction is to establish and maintain the transparent redirection of selected types of traffic flowing through a router or group of routers. The selected traffic is redirected to a cache engine or group of caches with the aim of providing some kind of service such as optimizing network resource usage, lowering response times, improving security and so on. WCCP transparently redirects a variety of traffic types, specified by protocol (TCP or User Datagram Protocol [UDP]) and port. End users do not know that the page came from the cache engine rather than from the originally requested web server.

Use WCCP GRE encapsulation when working with routers because most routers do not support L2 redirection. Use WCCP L2 Redirection as the packet forwarding method when working with switches or Cisco 7600 series routers, because redirection can be performed in hardware. This approach minimizes the CPU workload on the Cisco WAE and the switch, and can improve overall performance.

Do not use the default mask when using Mask Assignment.

Branch Mask Value: In a branch office, source IP addresses are typically assigned sequentially by DHCP. This results in addresses that vary only in the least significant bits. Mask distribution can be maximized here by specifying a WCCP mask in the range of 0x1 thru 0x7F depending on the number of WAAS devices.

Data Center Mask Value: In a large enterprise network address allocation scheme, these subnets vary in the third tuple of the IP address quadruple (/24 address mask) so the WCCP mask can be specified between 0xF00 thru 0x7F00.For a large Data Center with /16 address mask for branch locations, use WCCP masks in the range of 0xF0000 and 0x7F0000.

For topologies, where Path Affinity needs to be maintained between the WCCP router/switch and WAAS, use WCCP GRE Return or Generic GRE as the WAAS Egress Method.

For Catalyst 6500/7600 platforms which does GRE in the hardware, use Generic GRE as the Egress Method for Path Affinity requirement, instead of using WCCP GRE Return

Incase if WCCP weight factors are used, to guarantee complete WCCP failover coverage, use weight factors for individual devices that are greater than 100.

Avoid specifying tcp ports as part of an ACL for WCCP Redirect List.  This can cause severe issues if the network configuration results in any packet fragmentation.

While configuring WCCP on the Router, it is always recommended to enable IP CEF on the router.

Before placing any "ip wccp redirect out" CLI command on a router interface, always check to make sure you have already placed an "ip wccp exclude in" on the interface through which the WAAS WAEs will return traffic to the router. Failure to do this may result in total loss of connectivity with the router. 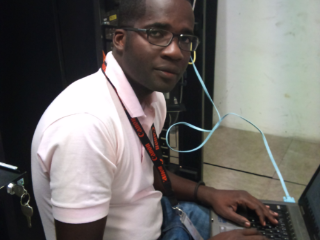 I've doubt about the WCCP Assignment Settings, where you say to in mask method to use 0x1 or 0x7F in branch.

I've a network where in Branch office have a network length of /24 and in DC is /16 how can I design the mask.