We have a four-node ACS deployment and one node is experiencing problems when handling TACACS authentications.

The two scenarios in http://www.cisco.com/c/en/us/support/docs/security/secure-access-control-system/113485-acs5x-tshoot.html#err24495 do not seem to be relevant in our case.

ACS shows it is joined to the domain and doing nslookup via SSH lists all the domain controllers.  The other three nodes in the deployment don't have an issue and work correctly.

Any advice or suggestions appreciated. 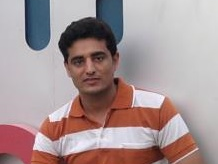 (registered customers only) for more information.

Beginner
In response to Naveen Kumar

Thanks for the post but this is not our issue.  We don't see that output in the log.  The output is:

Beginner
In response to Aishwarya Srivastava

Yes, NTP is fine.  This is a four-node ACS deployment and everything was working fine until recently.  However, the issue is actually now fixed.

I issued debug-adclient enable from which I was able to see that the ACS instance was connecting to a DC in Singapore (the ACS box is in California) which led me to assume that the subnet wasn't associated with the correct AD site.  I added the subnet to AD Sites and Services, waited for replication, and then restarted ACS.  It is now associated with the correct local DC and working correctly.  I assume the problem was caused by high latency / timeouts.

Thanks for your help and suggestions.