Cisco Community
English
Register
Login
We're here for you! LEARN about free offerings and business continuity best practices during the COVID-19 pandemic
RegisterLogin
Options
Turn on suggestions
Auto-suggest helps you quickly narrow down your search results by suggesting possible matches as you type.
Showing results for
Search instead for
Did you mean:
3579
Views
22
Helpful
10
Replies
Highlighted

I am correcrtly executing the script below from my linux server. However, it seems that once I try to run it via crontab (correct permisions have been set etc) I get the following error:

can't read "expect_out(buffer)": no such variable

#remove zeros from the cmd filename

# Set each device's log file to be the name of the device...

# we initiate the SSH connection

# Here, we specify all our commands in a list, that we will issue one

# This variable is for a file called switches.txt that has the hostname/IP

# of all of the routers you are collecting information from.tepad

# Specify the username and password, as well as what we expect the routers'

# This command tells expect not to echo the output to the console.

# We loop through each device in our list, one by one...

# Set each device's log file to be the name of the device...

# we initiate the SSH connection

#If we see a message asking about the device's host key, accept it.

# Loop through each command that we specified earlier.

#remove zeros from the cmd filename

Not sure why this is the case. Anyone can recommend a solution?

Labels:
Everyone's tags (1)
I have this problem too
0 Helpful
Reply
10 REPLIES 10
Highlighted

Could it be that you need to fully-qualified path to ssh?  I'd think it would fail earlier, though.  You may want to re-enable user logging and exp_internal to see what expect is doing when run from within cron.

I have already done that and the problem is below:

can't read "expect_out(buffer)": no such variable as per my initial post

But if you enable more debugging, you will see the what is being sent/received to/from the device.  If this variable isn't being set, there is something with the match criteria.  What is the full output when you have log_user and exp_internal enabled?

Even after enabling log_user 1 I am still not able to get any errors (to be honest I am not getting the buffer error either this time ). The relevant config is :

I have also edited the crontab to output the file as per below:

Can you try fully-qualifying the ssh path.  For example:

It performs exactly the same but this time produces :

Sorry then.  I'm out of ideas.  I'm not seeing the debug I'd expect.  Maybe there's a problem with your cron implementation.  Could also be an environment variable you need to set or not set... 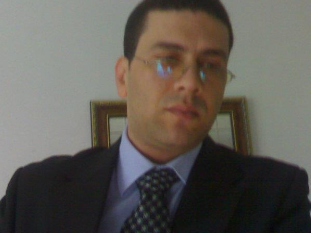 You need to declare the whole of expect_out global rather than just one element.

Could you please elaborate on this?

Use the curly braces to avoid substitution.

1. interacting with a program on your local machine:

2. interacting with a remote program over ssh: