What is the difference between the Mandatory and Default rule sections in 6.x Firepower. I read this and it makes no sense to me. Thanks in advance!

Labels:
Preview file
24 KB
I have this problem too
0 Helpful
Reply
10 REPLIES 10

I think of them this way:

Mandatory: Do this first. Work through these top down to enforce corporate security policy. Often contains specific elements that may be exceptions to the overall policy (for example, allow Marketing to access social media but restrict it for general users) as well.

Default: Do this last. May contain more general rules that apply to all traffic. This section is only used after evaluation of the mandatory rules (which have been evaluated in top down, first match ends the processing, order) found no matches.

If there is a match in 'mandatory' does the firewall stop going thru the list or does it move on to 'default'. Does it make sense to put Intrusion and Malware and File policies in 'mandatory' and access control (access-list) rules migrated over from ASA in 'default'?

VIP Advisor
In response to catanner19

The matching flow is as this.

Once a match is found search will stop unless the rule action is monitor then it will resume lookup.

When we migrate from ASA to FTD,do we need to import policies under mandatory or default field ?

Also, default clean-up rule ( deny ip any any ) at the bottom should be the part of default rule ? If so then what is the meaning of default action field ? I mean if there is any special use case for default action rule.

what if I set default action as Intrusion Prevention , then will it be doing inspection for all the traffic that has been allowed in specific access control rules as a part of mandatory or default rule ?

Beginner
In response to prashant dwivedi

Probably late to the game, but for anyone who comes across this.

This means if traffic did not match a specific policy and it's set to intrusion detection, it will allow the traffic wherever it can go without matching the other rules.

Enthusiast
In response to coreytouchet

Just getting into creating these policies now, we moved to URL filtering from just a base IPS/IDS license so now I am reworking policies.

So to confirm "Mandatory" are rules that are enforced first and should be used for override rules if needed. So in the mandatory section I could have a rule to Block facebook for network "Clients" and then a following rule that says Allow facebook for network "Marketing" I think the issue I have at the moment is I am not using User ID feature for the policy. I need to configure that to get more granular.

Then a default policy would be something like block all category that contains "Adult" since I want this no matter what the top policies say. 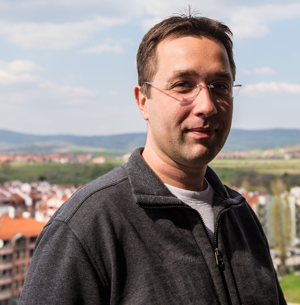 Beginner
In response to Steven Williams

I set a deny all from outside zone and the FTD neglected all the rules above in Mandatory section.

Beginner
In response to AbteenZ

Then if rules are checked top to bottom inclusive of default category anyway what is the point of the mandatory category? makes no sense, can someone from Cisco please bring some clarity?

Beginner
In response to borman.bravo
I believe that the main purpose of the mandatory and default rule sections is to create a hierarchy of access control policies.
In a multi-tenancy deployment with many FTD devices spread across multiple locations, it could makes sense to create a base policy with mandatory rules that will be affecting all locations, say for example an "allow icmp any any" rule. Then all FTD devices can inherit that mandatory rule from the base policies. Then you can use another category that will only affect a specific FTD. At least that how we use different sections and gives some structure.
0 Helpful
Reply

Latest Contents
Orbital Query Corner - Update
Created by brmcmaho on 07-28-2021 09:43 AM
1
5
1
5
"What is this 'Orbital Query Corner' thing", you ask?  It's the name of an occasional series of articles, each discussing one particular point or use case for the Orbital advanced search feature that is available in Cisco Secure Endpoint starting at ... view more
Orbital Query Corner - Checking Windows ACLs for CVE-2021-36...
Created by brmcmaho on 07-27-2021 08:38 AM
0
5
0
5
0. The Issue On 20 July 2021, Microsoft issued an alert for CVE-2021-36934 "Windows Elevation of Privilege Vulnerability". [1]  The problem in this case is an overly permissive Access Control List (ACL) applied to system files, including the Se... view more
Increasing importance Of Cisco Firewalls For Network Web Sec...
Created by ErnestoJuarez on 07-27-2021 12:09 AM
0
0
0
0
Firewalling will be a critical step for organizations to better align security with changing business and networking needs. Cisco has been hard at work building an integrated security platform with our firewall at the foundation to enable businesses to ma... view more
#CiscoChat - Discover the value of SecureX with the Forreste...
Created by greghami on 07-26-2021 11:30 AM
0
0
0
0
Discover the value of SecureX A new Forrester Total Economic Impact™ study commissioned by Cisco reveals that a composite organization using Cisco SecureX can see up to 90% reduction in analyst effort per incident by adopting an integrated approach t... view more
Secure Endpoint Best Practices Guide
Created by Troja007 on 07-26-2021 01:40 AM
0
5
0
5
Dear Cisco Community,we recently published the new Secure Endpoint Best Practices Guide on cisco.com. It includes a wide range of useful information how a Cisco Secure Endpoint installation should be planned, deployed and maintained. The guide is useful ... view more
Create ContentLogin to create content
Question or Discussion
Blog
Document
Project Story
Video
Related Content
Discussions
Blogs
Documents
Events
Videos
Project Gallery
Content for Community-Ad