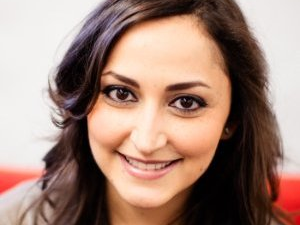 For the last 5 years, Cisco has been empowering your branch IT networks with DC-class servers. 3000+ customers and growing. Our UCS E-series servers slim down your branch hardware footprint and boost application deployment flexibility with a converged network, compute, and storage platform.

Do Even More with Less

In this fast-paced digital world, the digitization of customer experiences and the Internet of Everything require you to run more mission-critical applications on the branch edge. With our new 3rd generation UCS E-series single wide blade, turbocharge your branch compute by 2x (compared to 2nd generation) without huge, power guzzling rack servers or dedicated appliance.

For example, let’s take a retail use case. In a typical deployment, a store may run a WAN optimization service such as Cisco virtual WAAS (vWAAS) and a Point-of-Sale (PoS) application on a UCS E-series within an ISR 4000 router. To accommodate guest Wi-Fi, the same blade can also run a virtual Wireless LAN controller (vWLC) to centralize wireless network visibility. And if physical security is monitored through video surveillance, then MediaSense is deployed to support recording, playback, live streaming, and storage of voice, video for business intelligence. Of course, you cannot omit the Intrusion Detection and Prevention System, e.g. FirePOWER Threat Defense either. However, there are two major concerns when deploying a multitude of applications.

With the 3rd Gen UCS E-series 160S-M3, you don’t need a separate appliance for MediaSense or FirePOWER IDS/IPS. It can run on the same UCS E-series along with vWAAS and the PoS application. Additionally, you can leverage the extra higher storage capacity, up to 4TB, for print servers in large branches, security camera feeds, or any proprietary data intensive applications. By converging more apps into one blade, you reduce both OpEx and CapEx without compromising performance.

With UCS E-Series, you can take on compute-intensive applications and high-storage use-cases. See our model comparison chart below for the right specs that meet your specific IT challenges. 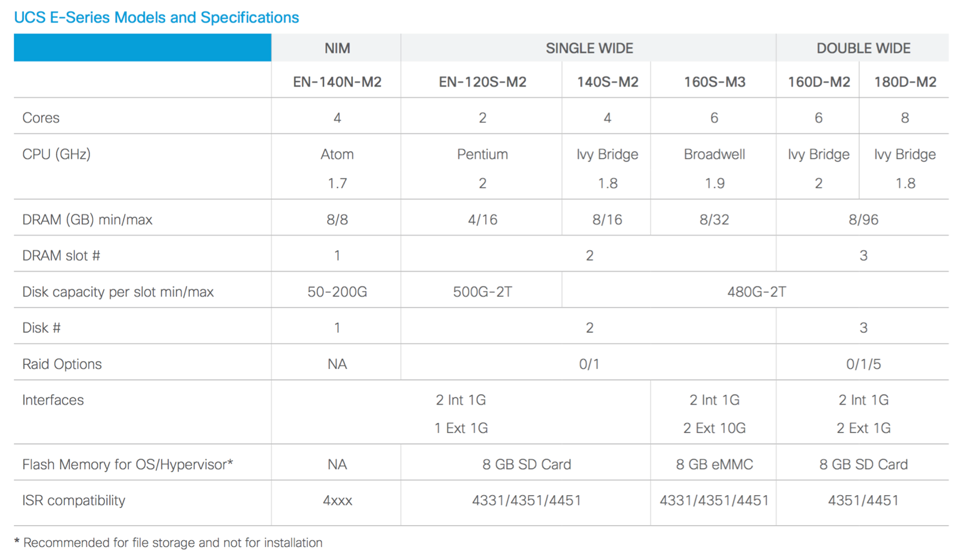 Now that I got you excited, checkout these resources to learn more about Cisco UCS E-series.

We are working on pretty amazing stuff. Stay tuned for more exciting updates in 2017!