The article is intended for anyone who is familiar with TCP/IP and explains the TCP three-way handshake process.

I have captured the traffic between the client PC and a web server (example.net) using Wireshark.

The following sequence shows the process of a TCP connection being established.

The client wants to initiate a connection to the server (93.184.216.34). So, the client sends a packet with SYN bit set. SYN flag announces an attempt to open a connection. 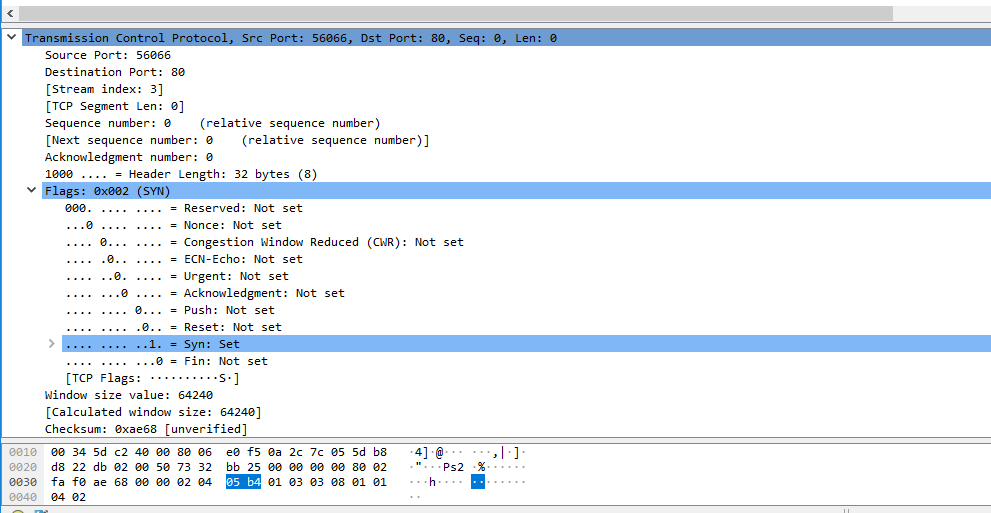 The actual value would be a 32 bit randomly selected number which we humans will find hard to keep up with. From the screenshot you can see the actual SEQ number from the client is 1932704549 (I have also attached the picture which shows the actual 32 bits sequence number below) 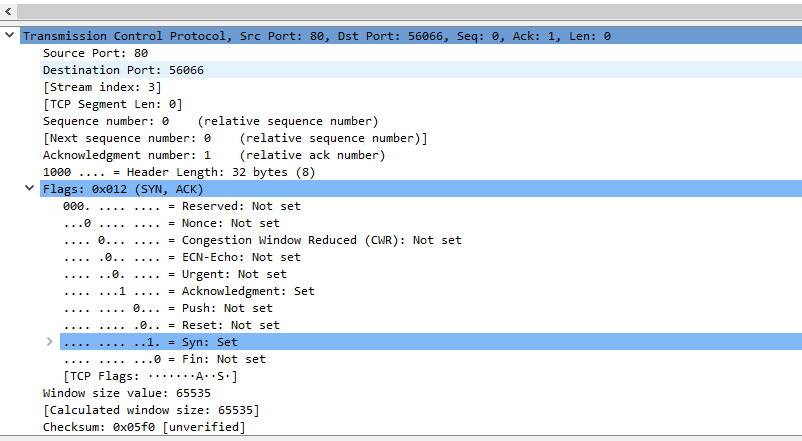 Finally, the client acknowledges the server’s request for synchronization with ACK 1. The ACK is specific to the SYN the server sent. The acknowledge number is set to one more than the receive sequence number. 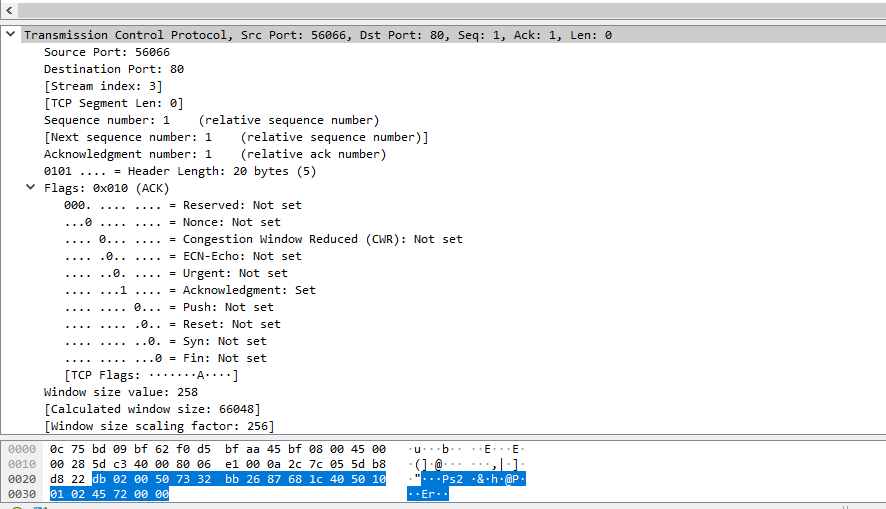 The above process creates a reliable OSI Layer 4 connection between two hosts.

Thanks for the read

Thanks for good and simple explanation.

Latest Contents
Verify IOS MD5 Hash, Possible Compromised Switch
Created by adonsius_artollo on 05-15-2021 08:29 AM
0
0
0
0
I have a Cisco C2960 in production which was compromised. The switch has been pulled and I'm trying to determine if the IOS image was tampered with. Since the switch is End-of-Life / End-of-Support, I'm unable to get from Cisco what the hash is to va... view more
Load balancing mode on etherchannel
Created by That guy from cloud team on 05-15-2021 04:05 AM
0
0
0
0
Hello, We have Cisco 2960X with two etherchannels (2 ports each). One is static (mode on) to ESXi host and other active to another switch. On ESXi host load balancing policy is set to src-dst-ip (called IP hash) and it works as I see traffic on both ... view more
ISIS redistribution
Created by Ratheesh mv on 05-15-2021 02:31 AM
0
0
0
0
1)May I know the difference of ISIS metric-type internal and external while redistributing ? 2)I have configured metric-type external alone without metric keyword while redistributing but it is not effecting. May I know the reason why does not I... view more
NAT64 Dropping IPv6 to IPv4 Packets
Created by claurie on 05-15-2021 12:57 AM
1
0
1
0
Hi Team,I have Configured NAT64 on an ASR. It appears everything is working as required until the outgoing DNS64 Addressed IPv6 packets 'hit the NAT64 server (ASR)' on Int GE0/0/0. Int GE0/0/3.31211 is connected to the IPv6 only host. Keen to hear what th... view more
Easiest way to connect/route all branch office traffic back ...
Created by eddiexy on 05-14-2021 11:13 PM
0
0
0
0
For the corp network, we have a velocloud router as the edge device connects to a branch office's velocloud router. Velocloud devices are managed by a 3rd part company which provided our internet connectivity. They work with ATT or Spectrum to provide us ... view more
Create ContentLogin to create content
Question or Discussion
Blog
Document
Project Story
Video
Related Content
Discussions
Blogs
Documents
Events
Videos
Project Gallery
Content for Community-Ad