The Evolution of Networking Software

As a long time networking veteran, I’ve watched our industry change and respond to a wide variety of disruptive changes. I remember PictureTel ISDN videoconferences on the IBM PC. Then came  IP video conferencing in the early ’90s.  Things picked up 1991, when Microsoft launched Windows Media Player 1.0.

Though Windows Media Player and Microsoft Multimedia Extensions arrived without much fanfare, they ushered in the ability to record and playback audio, and display high-performance graphics on the desktop PC — a feature, prior to that time, reserved for high-end graphics workstations such as the Commodore AMIGA. 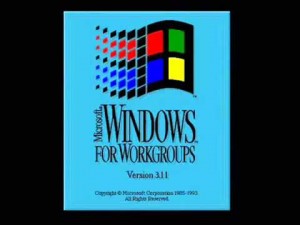 But these capabilities were the foundation that led to video streaming in 1995. And, as we know, the future of the Internet, and the network, would never be the same.  (Obligatory Rick-roll omitted)

Today, I watch younger generations (such as my own children) take for granted the networks that are all around them. Social media as we know it was (and is) clearly fueled by our endless appetite to create and share content with the whole world.  Unlike the Internet of the 1990’s, today, you can do it all from the palm of your hand.

Somewhere behind the scenes, racks of network hardware and software algorithms crunch billions of  digital fragments of information every second.  As a long time networking geek, I can’t help but marvel at how far we’ve come – creating intelligent networks that move and process billions of bits every second.  Despite the torrent of traffic, the networks are robust enough to perfectly deliver an 8 kbps voice call half-way around the globe, even as it competes with the million minutes of video traversing the network each second (that’s where we’re headed – according to the Cisco Visual Networking Index).

And while all this Internet trivia is fun – the fact is, the same  delicate dance is happening right now on networks in your business, school, or office. Today’s modern networks are an amazing combination of high performance hardware and intricate software which intelligently differentiates between “nice to have” and “business critical”. That software enables business continuity, disaster recovery, fault tolerance, and 24×7 operations. New innovations in software are streamlining automation and enabling new business processes. We are connecting things never before connected – the internet of things – in almost every industry imaginable: manufacturing, public safety, education, health care, transportation, and more.   Many of those new IP-enabled networks have required software innovations to deliver capabilities similar to the proprietary networks the devices once communicated on.

At the heart of all these innovations is a new breed of network software, one which is modernizing our business.   In this month’s Software Magazine, Cisco Sr. Director Dan Lohmeyer looks at the modernization of network software, and how it will change the way organizations think about their network and the capabilities it can deliver. I invite you to read Dan’s article here – http://www.softwaremag.com/the-modernization-of-network-software/ and join the conversation with us.