Cisco Community present at Cisco Live EMEA 2023. See you in Amsterdam! Learn more.
Turn on suggestions
Auto-suggest helps you quickly narrow down your search results by suggesting possible matches as you type.
Showing results for
Search instead for
Did you mean:
Create a new article
Options
90594
Views
15
Helpful
6
Comments

The "%SW_DAI-4-DHCP_SNOOPING_DENY:" error message is received when configuring the dynamic ARP inspection in switches that run Cisco IOS Software

The error message looks similar to this example:

Note: The xxxx is the MAC address of the sender.

The default message is:

This message means that the switch has received Address Resolution Protocol (ARP) packets considered invalid by ARP inspection. The packets are erroneous, and their presence can show attempted man-in-the-middle attacks in the network. This log message appears when the IP and MAC address of the sender binding for the received VLAN is not present in the DHCP snooping database.

Dynamic ARP Inspection (DAI) is a security feature that validates ARP packets in a network. DAI intercepts, logs, and discards ARP packets with invalid IP-to-MAC address bindings. This capability protects the network from some man-in-the-middle attacks. It also ensures that only valid ARP requests and responses are relayed.

If the device does not use DHCP or the information is correct and you trust the device on the port, you can enable trust on that port with the ip arp inspection trust command.

Also, DHCP snooping must be enabled in order to permit ARP packets that have dynamically assigned IP addresses with the ip dhcp snooping command.

Refer to the Enabling Additional Validation section of Configuring Dynamic ARP Inspection in order to enable additional validation on the destination MAC address, the sender and target IP addresses, and the source MAC address, 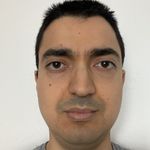 What happens if in production network both DHCP snooping and DAI are enabled the same time?

Is it going to block traffic as the moment DAI starts, DHCP snooping binding table is empty?

I recently tried to enable both at the same time and the PC's lost network connectivity so based on my experience I believe the devices are being blocked because the DHCP snooping database is empty.  I am going to schedule a change, first I'm going to remove all DAI configuration, then I am going to configure DHCP snooping and let the DB populate. Lastly I'm going to add the DAI config and see what happens, hopefully this will resolve the issue.  If you've done this already, can you let me know what happened. 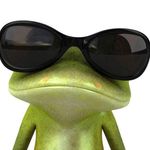 hi Erik .I had similar issue last week. could u proof  that if u enable dai and dhcp snooping same time switch will block all arp and pc will not be able to get ip ?

Please verify you have IP ARP inspection trust enabled on the access client interface if the ARP Messages show MAC Address of 0000.0000.0000

If they show the mac address of your DHCP Leasing router/device it will need an ARP ACL permitting the traffic- I found the answer to this here and implemented it successfully today at work: 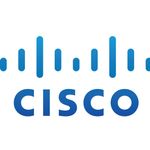 I just had the same issue today.
In a nutshell:

The resolution was to follow switch's documentation and issue "ip dhcp snooping" command as it is. Silly me...
At the end I ran ipconfig /release Ethernet and ipconfig /renew Ethernet command on host and then the dhcp binding became populated in the snooping binding database on the switch.