Turn on suggestions
Auto-suggest helps you quickly narrow down your search results by suggesting possible matches as you type.
Showing results for
Search instead for
Did you mean:
Start a conversation
Options
246
Views
0
Helpful
3
Replies

Force IP to jump out gateway.

I have a small IP subnet in a VLAN and for security reasons I need it to only see the other side of the firewall (Internet). What command would I use to route this out? To make it easy it will be static IP and use a host table instead of DHCP and DNS. 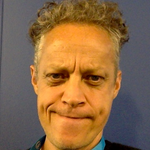 You could use Policy Based Routing (PBR) to force all traffic coming from that subnet to be forwarded to the FW regardless of what the routing table looks like.

Here's a link to the PBR documentation:

I made a route map:

then pulled it into the VLAN:

in the map I listed every next hop till the traffic was out of the firewall but it seems to ignore the path. What am I doing wrong?

I was under the assumption that this router was directly connected to the FW.

Do you mean that the router is not directly connected to the FW and that you specified each and every hop bw the router and the FW in the "set ip next-hop". If so, this is not going to work.

Let me know if that answers your question,

Find answers to your questions by entering keywords or phrases in the Search bar above. New here? Use these resources to familiarize yourself with the commun