Cisco Community
English
Register
Login
RegisterLogin
Options
Turn on suggestions
Auto-suggest helps you quickly narrow down your search results by suggesting possible matches as you type.
Showing results for
Search instead for
Did you mean:
3467
Views
0
Helpful
2
Replies
Highlighted 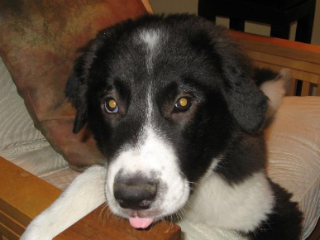 I love trees.  Trees, hills, nature in general; I love it all.  Unfortunately nature and my cell phone don't get along too well.  Because of the large trees in my backyard and the hills surrounding my neighborhood, I'm lucky to get two bars when I'm at home.  But hope appears to be on the horizon, thanks to femtocells -- the tiny, in-home base stations that will carry my signal over a fixed broadband connection rather than through a distant, obscured tower.

I'm excited by the possibilities of femtocells.  Not only will I enjoy better voice reception and quality, but my wireless data speeds should also increase substantially.  And hopefully, by offloading some of my mobile data traffic to my fixed connection, both I and my mobile carrier should save a few dollars in the process.

And longer term, there are some exciting applications for femtocells being discussed by the Femto Forum's newly formed Special Interest Group.  With a femtocell's presence awareness abilities, you can easily imagine many useful applications like virtual "fridge notes" that you could receive on your cell phone as soon as you returned home.  (My wife will love that one.  I never remember to feed the dogs.)  Or automatic adjustment of lighting, heating and cooling when you leave the house.  Or auto notification when your teen finally returns home -- along with a return message that he's grounded for the next week.

Again, I'm excited by these possibilities.  I hope that operators will recognize the integration opportunities and work to develop plans, services, and devices that will make these applications available in a way that only enhances consumers' mobile experiences.

What do you think?  Are femtocells ready for mass market success?  Would you pay for such a device in your home, and if so, how much?  How would you want the device to look and act?  And finally, what application would you most value? 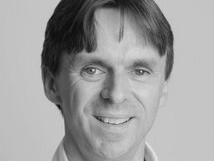 Well I'm certainly a fan but then I would say that as I started Ubiquisys in 2004 and we built the worlds first UMTS femtocell.  My main driver was to solve my almost complete lack of any signal at home - which is has done very successfully.  Femtocell deployments are underway all over the World.  It's not just about coverage though, it's also for home tariff packages, performance/capacity, enterprises, and enabling a host of apps to numerous to mention.  My favourite is being able to walk into my house and have all my Podcasts sync to my Cell without doing anything. 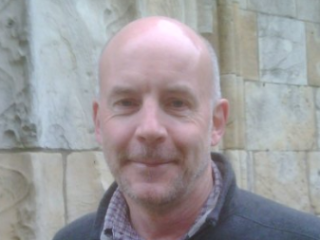 I'd like to give a perspective from Europe as to whether femtocells are a petaopportunity or an attodiversion.  I've attached a short paper I wrote following the Barcelona Mobile World Congress of 2008.  Some of the technical and cost issues have moved forward since then, but less progress has been made on figuring what market gap femtocells will fill - at least in developed fixed & mobile markets in densely populated European countries.

Below is a summary of the paper.

A femtocell can be thought of as a mobile basestation for the home.  It provides enough capacity for about four phones and has a range of about 200 metres.  However, instead of being a direct part of a mobile network operator (MNO) network, it plugs first into the home broadband connection.  Voice and data traffic to and from a handset connected to a femtocell therefore involves the assets of an MNO (the femtocell has to use licensed spectrum), an Internet Service Provider (ISP) and a local line fixed telecoms operator at the very least.

Femtocells must overcome a number of technical barriers if they are to be considered “fit-for-purpose” as an alternative to current network architectures or competing developments like WiMax.

One way to identify whether a real opportunity exists is to consider what problem a player would be trying to solve with this product, what product they are using today to solve that problem and therefore to ask what kind of a difference will the new product make.

Using this approach it would appear that:

Crucially, femtocells do not appear to represent a major breakthrough for any problem a user faces, so it is not clear what market gap they would be able to fill.

As a result, femtocell developers and vendors are generally in the “sounds great in theory but revenue is behind in practice” state of evolution.  The reality is that technical challenges have not yet been overcome and that mobile operators are reluctant to move to large-scale trials or deployments until costs are further down and the technical and business case more proven.  Even when this is achieved, it is not clear that mass market users will be interested in a femtocell solution.

Latest Contents
ASR9XX Rommon Upgrade
Created by mapandey on 02-18-2021 11:00 PM
0
0
0
0
IOS upgrade on asr9xx mandates rommon upgrades sometimes while they can be optional at other times. You may land up in unwanted situation if proper procedure is not followed during upgrades.   This article will include complete details about rommon ... view more
How to make sure to run latest FPD on NCS560
Created by dpacific on 02-08-2021 10:20 AM
0
0
0
0
The Need In some situation NCS560 RP become unresponsive after reload or powercycle. In many deployments NCS560 far edge, deployment is large and human intervention should be kept at minimum Engineering team have been working on a strategy to have functi... view more
BGP Churn Identification on IOS-XR: ASR9000 use-case
Created by Rajat Chauhan on 01-27-2021 05:30 AM
0
0
0
0
In simple terms, 'Route Churn' is defined as the 'rate of change of prefixes'. Different XR versions across 4.x to 7.x have differing behavior & support for the BGP churn handling and some enhancements made from 6.5.3 onwards (listed in appendix) mak... view more
Mirror active RP content to standby RP - XR 7.1.2 onwards
Created by narvenka on 01-24-2021 04:46 PM
0
0
0
0
Introduction Prior to Cisco IOS XR Software Release 7.1.2, XR dual RP devices did not support file mirroring from active RP to standby RP. Administrators had to manually perform the task or use EEM scripts to sync files across active RP and stand... view more
XR configuration conversion
Created by ReVerie on 11-30-2020 02:51 PM
2
0
2
0
Hi Everyone, Would like to extend my thanks in advance for anyone offering assistance. As the subject hints, anyone here know of a way to convert IOS configs to XR config? I seen and heard about SOX tool but i am unable to find it. I also tried ... view more
CreatePlease login to create content
Discussion
Blog
Document
Project Story
Video
Related Content
Discussions
Blogs
Documents
Events
Videos
Project Gallery
Content for Community-Ad