Turn on suggestions
Auto-suggest helps you quickly narrow down your search results by suggesting possible matches as you type.
Showing results for
Search instead for
Did you mean:
Start a conversation
Options
840
Views
0
Helpful
5
Replies

After my upgrade to VSOM 7.7, the map services complain with the following error: Operation failed. Authentication failed. The request is not allowed.

This is with the standard map services delivered with VSOM.

Thanks for a hint. 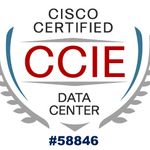 It would really great, if you can share the snapshot of those error.  check if you have enabled the "map service" in the VSOM.

Enthusiast
In response to jsah
Options

The map service was active before and you likely helped us to bring it to work under 7.5 in a TAC case, I remember?

I have attached the screenshot for you.

Thanks for the snapshot. You catch that correctly. I helped you in the VSM 7.5 to bring that up.
Can you open the TAC case for this, so we can look on this. what causing the this issue?

Enthusiast
In response to jsah
Options

Nice to see you here. Thanks for your reply.

Interestingly, the error is gone now. We have done nothing and are quite surprised. We can now use the map in the web interface.

What I am still missing in the new SASD is the map "tab". Do you know if this has to be enabled separately? If not, let me know and I open a tac for this.

Yes, i know this kind of solutions is very weird and difficult to explain in such scenarios. But in networking this is also one of the way of resolution. (Self-resolution) ;)

Now coming to your concern about the "Map" Tab in SASD is the Map Workspace displays maps of the region, city, building, or other areas where the Cisco VSM is
deployed.

If you still have any concerns and doubt, please feel free to reach out to me or else open an TAC case with us.