I am using 2 static routes to the same destination network at my HEADOFFICE, one primary and one for backup. I want them to have the same preference so I have kept the default adminstrative distance. One Interface is high speed and the other is slightly slower.

At the REMOTE BRANCH sites I would like to have the same arrange with 2 interfaces and routing the traffic to the HEAD OFFICE using 2 static routes , 1 for Primary and 1 for backup. But in the case of the REMOTE BRANCHES I will prefer routing over the faster link and increase the administrative distance for the slower backup link.

I will use IP SLA MONITOR feature on the REMOTE BRANCH routers to automatically control traffic in case of Primary link outage.

My worry is that at the HEAD OFFICE ROUTER. What will the effect of having 2 equal cost routes to to the same destination? How will Traffic from HEAD OFFICE be routed ? Since I m using IP SLA MONITOR at the REMOTE BRANCHES it is able to choose its path to take in case of outages in the cloud.

Since both static routes in the HEAD OFFICE have the same equal cost and will be load balancing. which Path will traffic take. Does load balancing mean traffic will distributed equally over the 2 links or halved. One halve going over 1 primary link and the other halve over the backup link? Or does this mean in static load balancing traffic all network traffic is duplicated over the 2 links?

Well first thing you need be aware of is that redundancy and load sharing are different things.

If you have two circuits primarily for redundancy then you should be setting the admin distance so that the 2nd circuit is not used normally, and is in effect in standby.

If you have the two circuits for load sharing then there is not point in having one side with two paths and the other with one, this wont achieve anything.

For load sharing, it depends on what method of switching you have enabled on the interface;

all packets to a specific ip address take the same path

process switching = per packet load sharing, one packet goes thru one circuit and the next goes thru the other

cef switching = by default is per destination load sharing

You will want to have cef enabled as its the most recent and advanced switching method, just type "show ip cef summary" and see if its enabled, if not then issue "ip cef"

You have a decision to make as to what the 2nd circuit is for, redundancy or load sharing, if its redundancy then admin distance out the 2nd ciruit on both sides.

If its load sharing then have two paths on both sides.

Also, you wont need ip sla, as the route will be removed the moment a link has failed.

Beginner
In response to lee.reade

Its a redundancy I need when the link goes down. There is problem with our cloud which has many outages.

Thats why i am putting ip sla at the at the remote branches to automate the process of switch over in case of failure of primary link.

My fear is the what happens at the head office with 2 static routes with equal costs on for both the primary and backup link.

Do you think I should impliment ip sla on both ends for Head Office as well as the current one at Remote branches. Or is the current scenario enough.

Enthusiast
In response to cm

Well as you have said, its redundancy you are after so you should admin distance out the 2nd circuit on the head office aswell.

What type of wan connection is it??

How quickly will the head office router detect the primary link being down, and vice versa? 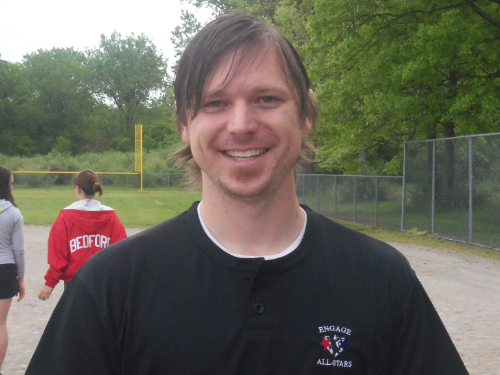 Frequent Contributor
In response to cm

The second line, are you paying whether you use it or not?

If it is really a stand by route then I would make sure youonly pay for the bandwidth youuse on that line. It sounds like you want to use both lines, which is what I would want to do as well. Not bind the 2 but at least have the bandwidth for use. What you have is ok. It will work, but I might look at running BGP or PfR. This sounds like it will give you more of what you want.

The traffic with equal weight static routes will do some form of round robin routing. It will never be equal but will do a form of it. If you want to specify which link is used based on bandwidth, delay, etc... then you will need to run something else, like PfR.

Latest Contents
Cisco DNA Center Resources
Created by traviwil on 01-15-2021 03:59 PM
4
43
4
43
Cisco DNA Center Get Started Automation Assurance Platform AI/ML Deployment Support   Get Started What's new in Cisco DNA Center 2.1.2 Cisco DNA Center 2.1.2.x Features and Capabilities Cisco DNA Center -Intent Based Networki... view more
xFSU on Catalyst 9300: The Always-On Access Network
Created by arubhat on 01-15-2021 03:08 AM
0
0
0
0
A major international airport is looking to build a cutting-edge new terminal, designed to run 24/7 with no interruptions. With the airport always on round the clock, a critical component required to support this is the surveillance infrastructure, which ... view more
Automated workaround for CSCvw63161
Created by Jeffrey Keown on 01-14-2021 03:16 PM
0
5
0
5
Host 0000.0000.0101 in vlan 1 is flapping between port Gi1/0...
Created by Alfredo Pippo on 01-14-2021 07:32 AM
2
0
2
0
Dear expert,I am facing an issue which you may come across before. Grateful if you would teach me how to do it.I have a Cisco WS-C3650-24TS switch in MZ which I would like to configure so that on the GigabitEthernet1 / 0/1 portis configured with VLAN 100,... view more
Top of rack switch selection - RJ45, Cat9k or Nexus
Created by carl_townshend on 01-14-2021 01:21 AM
1
0
1
0
Hi AllWe are looking at some new switches for our top of racks in our DC.We have looked at the 9300 series UX models with the big buffers which is classed as a high scale model.I have tried to look at some Nexus models for top of rack, but there appears t... view more
CreatePlease login to create content
Discussion
Blog
Document
Project Story
Video
Related Content
Discussions
Blogs
Documents
Events
Videos
Project Gallery
Content for Community-Ad