Cisco Community present at Cisco Live EMEA 2023. See you in Amsterdam! Learn more.
Turn on suggestions
Auto-suggest helps you quickly narrow down your search results by suggesting possible matches as you type.
Showing results for
Search instead for
Did you mean:
Start a conversation
Options
225
Views
0
Helpful
3
Replies

I'd like to know some facts for BNG licensing on Cisco ASR 1002-X.

3. What is the difference between PPPoE and VPDN?

I have this problem too
Labels:
Preview file
44 KB
0 Helpful
Share
Reply
3 Replies 3 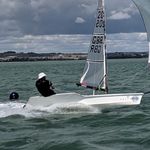 I have not looked at the licensing guide for ASR1K for a while now, but the BNG license remained a trust-based license and was not checked as part of the smart-licensing functions.  There is no actual "BNG feature" as such because getting BNG working relies on a whole heap of different features working in combination and so I guess the licensing guys decided that to enforce BNG license would remain on the too-hard workstack for the time being.

PPPoE and VPDN are different features, though PPPoE does need VPDN to be enabled for it to work (VPDN also covers features such as LAC & LNS).

A "BNG session" as far as the license are concerned is PPPoE (either PTA or LAC), PPPoL2TP (LNS) or IPoE (ISG type session).

Beginner
In response to JimWicks
Options

Thanks JIM. I also concern for the BNG license cos I'm using asr 1002-x (BNG-4k) with aaa server. It works properly only for maximum 31 session (PPPoE). When new users (eg. 32 user, 33 user) negotiate PPPoE session, ASR terminates new PPPoE session and can't create new virtual access interfaces and do IP assignment for new session But it has no impact for existing sessions (31 sessions). Does it relate with BNG license?

Beginner
In response to zinkolatt
Options

I doubt it unless something has changed very recently (I used to test BNG scale with many thousands of sessions in my lab only last year and I was not using any BB-licences in there), post your config here and I'll see if I can spot anything in there that might be causing your issue.