Cisco Community
English
Register
Login
Change to content subject titles: starting July 28 there is a limit on the number of characters to use - LEARN MORE HERE
RegisterLogin
Options
Turn on suggestions
Auto-suggest helps you quickly narrow down your search results by suggesting possible matches as you type.
Showing results for
Search instead for
Did you mean:
Announcements
5741
Views
10
Helpful
30
Replies 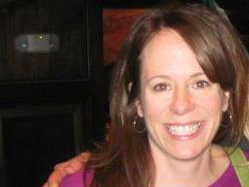 Do You Need More Configuration Examples?

We want to know! Tell us which technology areas need more configuration examples.

What exactly do you mean?

What exactly do you mean?

Cisco Employee
In response to burleyman

Thanks for your quick reply. We are trying to determine which technology areas to start with so that we can focus on developing more, complex config examples. For example; one customer we talked to said that examples were lacking when installing NAC wireless out of band.

Is there a particular area where think config examples are missing or inadequate?

Collaborator
In response to Janel Kratky

Can you direct me to some current configuration examples for MPLS, OSFP, EIRGP, BGP. I would like to check them out.

Cisco Employee
In response to burleyman

Navigating to examples for MPLS, OSPF, EIRGP, and BGP can be complicated because they reside in multiple locations.

From the Support page > Product Selector > Select Configure in the left nav > then Technology (in the main window, first box on the left) > then Multiprotocol Label Switching (MPLS) > then MPLS > Configure > Configuration Examples and Tech Notes. This may help for MPLS.

The Cisco.com team is working on these navigation issues so that you can find examples in the areas you need.

Collaborator
In response to Janel Kratky

Thanks for the links. I will check them out and based on your question try and offer anything I can.

Wireless bridge.  The current example only shows how to configure wireless bridge using GUI.  How about adding CLI too?

Perfect example, thanks much! This is exactly what we want to know.

You are sooooo getting +5 from me! 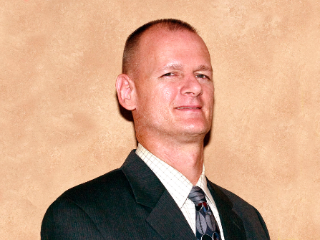 Specifically Cisco has moved through some design changes and marketing name changes for the 'Modular QoS CLI' (MQC) and added features, which have their respective examples, but the examples are autonomous or a la carte and not shown as they'd be when integrated into a more comprehensive solution scheme.

For example a 5 class traffic model for a CE router connected to an MPLS network via Ethernet and ATM (DSL) to the PE utilizing Committed Access Rates in EF, AF4x, AF3x, AF2x, AF1x and best effort or default class traffic AND leveraging the Cisco 'Ethernet Overhead Accounting' that includes a real world example e.g. Carriers charge for all the overhead:

not just the MACs, ethertype, payload and CRC's; the model(s) should include a variety of classification methods to highlight the Cisco software including policing of the EF traffic where exceeding traffic is dropped and another where it's marked down; Utilization of Cisco's Low Latency Queuing (LLQ) for that higher traffic; other classes should include newer Cisco shaping techniques like Class Based Shaping instead of the Generic Traffic Shaping usually found;  drop management techniques should be included in the bottom classes to further highlight the software's modular nature like Distributed Weighted Random Early Detection (dWRED).

To add real value and really show off Cisco's software instead of the answer to this question being a few different examples of the QoS classification, marking and queuing in the middle of a generic configuration, it should also add other 'feature flash' (I'll call it) like adjustment of Cisco's queue-limit; setting of the hardware transmit ring; use and effect of the interface bandwidth command (both inside and outside of the policy-map's classes); max-reserved-bandwidth modifications and effect; advantages in using Cisco's random-detect exponential-weighting-constant value and so on.

It's great to have all these features, Cisco has great software.  However I've found that mixing the features in a design at your desk is difficult.  In order to create a good design it's necessary to be sitting at the CLI to test the limits of integration since the parameters and their variable bounds change based on context.  What may appear to work on paper based on all the documentation, is either rejected by the IOS during implementation, or accepted by the IOS but has no effect, or empirically demonstrates a completely unexpected behavior.   Having examples that Cisco marketing and engineering has put some serious thought into in terms of showing off feature integration, that are complete tuned configurations top to bottom, would be incredibly valuable to those whom are able extrapolate to derive answers to their configuration challenges through inferred information in those feature uses and boundaries.

I hope you're able to use this, or maybe poll to validate my assertions first and then, hopefully, execute.  Or maybe you'll just send me a link that I've been missing all along – THAT would be great!

Cisco Employee
In response to neharris

Wow, great insight and information. I can certainly understand needing a more comprehensive, integrated solution. We'll be taking your reply back to our team to discuss further. Much appreciated!

I am not sure if this can be strictly classified as an additional configuration example, but here it is:

The behavior of cisco BGP routers when sending MEDs to eBGP peers is not documented in any online document I have come across up to now.

the lack of documentation for this behavior. Here are the threads:

My understanding is that the standards do not restrict implementations regarding this behavior and what actually happens depends on the vendor. Intuitively people do not expect MEDs to be sent to an eBGP peer without explicit configuration on the AS that originates a route. However, this can happen under certain circumstances and it can affect incoming traffic flows of the originating AS e.g. when there are 2 connections to the same upstream ISP (i.e. upsteam might receive MEDs from the originating AS and use them to decide how to send traffic back to the originating AS). The effect can sometimes vary depending on how exactly the IGP metric is being determined (e.g. in a case where 2 border routers have static routes to null0 with AD 254 and use network command to inject routes into BGP, if the border routers also redistribute the statics into OSPF, strange things can happen).

The only documentation I could find regarding this issue is on page 19 of the cisco press title "BGP Design and Implementation" (R. Zhang and M. Bartell). So, could we have a online document with a detailed description of the behavior of cisco routers when sending MEDs to eBGP peers under various circumstances, related show command output, pitfalls to avoid and any configuration needed so that administator maintains informed control over what is being advertised?

Cisco Employee
In response to marikakis

This is exactly what we are looking for - many thanks!

Can please guide me for this scenario? or can you give me the existed configuration example link.

Any of these ISR type devices that contain wireless components are a nightmare to configure. I found one sample config but it was completely useless.

Actually a basic config for the whole device would be good, since people tend to think that they are plug and play but they are not.

Latest Contents
Demystifying OSPF Loop Prevention Mechanisms
Created by meddane on 08-03-2021 01:15 PM
0
0
0
0
1-In single area, the routers have the Link State Database, having the same LSDB helps the routers to build a loop-free topology.2-Now in a multiarea topology, the ABRs are responsible for advertising an intra area route into another area as an inter-area... view more
Community Live- All you need to know about ISR Fixed Branch ...
Created by Cisco Moderador on 08-03-2021 12:08 PM
0
0
0
0
Community Live-Application Hosting on ISR, ASR, CSR and Catalyst Routing Platforms This event will have place on Tuesday 17th, August 2021 at 10:00 hrs PDT Register Today! Learn about Cisco’s ISR Fixed Platforms and how it fits into Cisco’s overall Branc... view more
RFC 5243 Database Exchange Summary Optimization OSPF
Created by meddane on 07-31-2021 10:43 AM
0
0
0
0
To optimize the database description (DBD) packet exchange between two OSPF neighbors, use the compatible rfc5243 in router configuration mode or address family configuration mode for OSPFv3 AF. To disable RFC5243 optimization, use the no form of this com... view more
Why and How Type-3 and Type-4 LSAs are used as loop preventi...
Created by meddane on 07-31-2021 10:39 AM
0
0
0
0
We said always that OSPF is a link-state routing protocol.For most engineer stuying CCNA or CCNP, OSPF is misunsdertanding.In reality, OSPF is a link-state routing protocol only within an area (intra-area); but almost a distance-vector routing protocol be... view more
OSPF IS-IS comparison
Created by meddane on 07-31-2021 10:32 AM
0
0
0
0
A brief difference between ISIS and OSPF link state protocolsISIS and OSPF belongs to the same routing protocol family Link State, but if you study the two routing protocols, you will find several differences, in this article you will get the answer about... view more
Create ContentLogin to create content
Question or Discussion
Blog
Document
Project Story
Video
Related Content
Discussions
Blogs
Documents
Events
Videos
Project Gallery
Content for Community-Ad