Welcome to the new Cisco Community. LEARN MORE about the updates and what is coming.
Turn on suggestions
Auto-suggest helps you quickly narrow down your search results by suggesting possible matches as you type.
Showing results for
Search instead for
Did you mean:
Start a conversation
Options
1099
Views
0
Helpful
9
Replies 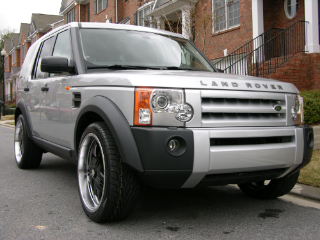 We have a Frame-relay network with hub-n-spoke type topologies at various sites. I would like to know how I should be configuring the 'bandwidth' statements on my serial and sub point-to-point interfaces. Should I put the typical T1 bandwidth size of '1536' on the main serial interface and the PVC CIRs on the sub interfaces or should I have 1536 on the main interface with the remote site's port speed on the sub point-to-point? Ex: hub site has a T1 and remote has a 384k access port. The PVC between the 2 sites is only 64k. What should the configuration be on the hub's serial and sub-interfaces and what should the configuration be on the remote's serial and sub-interface

are you trying to implement a QoS policy, such as Frame Relay Traffic Shaping ? Or are you tring to configure the bandwidth in relation to routing protocol traffic and the percentage used by e.g. EIGRP ?

Right now, I am not trying to implement a QoS policy or traffic shaping. I am trying to configure in relation to routing protocol traffic. We do use EIGRP. Thanx.

Fist of all the "bandwidth" statement has no effect on the overall speed of the frame relay sub interface circuit, Bandwidth statements is purely for routing path algorithms for upper layer protocols, My suggestion would be to configure the main T1 hub site with 1536 and configure the sub point to point interfaces with your ISP assigned CIR values (64K) . Configuring remote sites port speed of 384k does not mean that the point to point circuit will be available to burst traffic at 384K, anything above the assigned CIR will be marked as "discard eligibility (DE) bit " and will be dropped.

Beginner
In response to steveo123
Options

Thanx for your reply. Will do...

Beginner
In response to rkendrick_2
Options

I'd set the bandwidth statements to the remote port speed. Modern frame networks just don't drop frames (not that I've seen with the major providers) provided you don't overflow the egress buffers on the lower speed side. this is best accomplished with traffic shaping.

As far as what are the implications? The bandwidth statement affects your routing protocol/metrics, QoS and traffic shaping so its important to always put a correct bandwidth on an interface.

Some would recommend setting it to the CIR, but I prefer to burst all the time (running at full port speed constantly) instead of shaping to CIR.

Beginner
In response to jroyster
Options

Beginner
In response to adnan
Options

Beginner
In response to adnan
Options

This was very helpful.

Keeping in mind your subinterfaces are acting, I assume, as independent logical links, you'll want to set the bandwidth statement at the subinterface level. The bandwidth statment often informs the routing protocol of the provisioned bandwidth along a link. With frame-relay, in your example, this could either be the guaranteed bandwidth as defined by the purchased PVC's 64K CIR, or the maximum physical bandwidth, also in your example, of 384K access port at the remote site. Unless you shape or police less than port rate, I recommend using end-to-end maximum physical rate for the bandwidth value. I.e. 384 on both ends.