Question, if I have a router setup as DHCP server and I also give that router an IP helper address will it provide host in that subnet an IP address and also forward a request to the IP listed under the IP helper command? Scenario is host receive IP address from local pool on router but need PXE for host. If I point to server for PXE with its IP address under IP helper will they get boot file from that while still obtaining their IP address locally from router pool?

A DHCP client can only accept a single offer, having multiple ip helpers does not mean a DHCP client will receive missing DHCP attributes from a selection of DHCP servers.

Beginner
In response to Seb Rupik

I should clarify I don't want PXE to provide leasing info, just boot info. I guess my question is in IOS using DHCP pool at local router and an IP helper on that local interface what will IOS do when a client sends a DHCP discover. Will IOS choose to provide it to the local pool, to the IP helper and forward it, or will it do both at the same time?

Hall of Fame Guru
In response to bifsepulveda

It will do both. 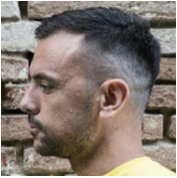 I'm currently facing a different behavior on a Cisco L3 switch: DHCP DISCOVER packets won't get forwarded to ip helper-address if a ip dhcp pool is present in its configuration.

Could you point to a specific Cisco official documentation regarding this topic?

I think this is 'normal' behaviour. The local DHCP server (the one configured on your L3 switch) will always be the first to react to the DHCPDISCOVER.

Hello
It will receive an offer from which ever dhcp server replies first, in this case most probably it would the local dhcp server, what you could try is a directed udp broadcast for the PXE.

In the original discussion @Seb Rupik made an interesting suggestion about using option 60 to provide the address for PXE server. I wonder if this might work?

@Filippo Zangheri asks for a reference to Cisco documentation about this use of helper address. I do not have a specific reference to offer. I believe that in general the behavior of IOS has been to forward copies of boot requests to all configured helper addresses. We do not know what model of L3 switch this is and do not know the version of code it is running. It is possible that this particular switch does not do as I expect and forward boot requests if a dhcp pool has been configured on the switch. Perhaps some debugging might provide some insight. (perhaps debugging on dhcp activity, or perhaps debug ip packet using an access list to identify boot requests).

Latest Contents
How to determine a legitimate hardware issue - Slides
Created by ciscomoderator on 05-12-2021 04:04 PM
1
5
1
5
Support Talks Slides- How to determine a legitimate hardware issue (Live event -  Thursday 13 May, 2020 at 9:30 am Pacific/ 12:30 pm Eastern / 6:30 pm Paris) This event had place on Thursday 13th, May 13 at 9:30hrs PST  This event helps you to ... view more
Global MPLS Design Using Carrier Supporting Carrier (CSC) wh...
Created by njrusmc on 05-11-2021 04:13 PM
0
5
0
5
Learn firsthand how I used MPLS as a core technology to solve the puzzle of connecting a Service Provider's diverse global sites in a secure, multi-tenant way. Click here to read the white paper and see the details of the complex network design that was c... view more
Cisco SD-Access Ask the Experts FAQ: Wireless in SD-Access
Created by Pulkit Nagpal on 05-11-2021 06:35 AM
0
5
0
5
Contents Support Talks Slides- How to determine a legitimate hardware issue   Here are some commonly asked questions and answers to help with your adoption of Cisco SD-Access. Subscribe to this post to stay up-to-date with the latest Q&A and rec... view more
**New Episode** Cisco Champion Radio: S8|E19: Revolutionizin...
Created by aalesna on 05-10-2021 04:13 PM
0
0
0
0
New release on Emerging Technologies and Incubation Listen: https://smarturl.it/CCRS8E19Follow us: https://twitter.com/CiscoChampion Last year, Cisco created the Emerging Technologies and Incubation organization which is on a mission to rev... view more
Cisco IOS XE Bengaluru 17.5.1a: Enterprise Routing Release U...
Created by Pradeep Chaudhari on 05-09-2021 09:36 AM
0
0
0
0
On 16th April 2021 Cisco recently announced availability of the latest release on the IOS-XE train – IOS-XE Bengaluru 17.5.1a. This is the 2nd one in the Cisco IOS XE Bengaluru release series, IOS XE 17.5.1a unlocks various routing features and ... view more
Create ContentLogin to create content
Question or Discussion
Blog
Document
Project Story
Video
Related Content
Discussions
Blogs
Documents
Events
Videos
Project Gallery
Content for Community-Ad