Welcome to the new Cisco Community. LEARN MORE about the updates and what is coming.
Turn on suggestions
Auto-suggest helps you quickly narrow down your search results by suggesting possible matches as you type.
Showing results for
Search instead for
Did you mean:
Start a conversation
Options
2765
Views
15
Helpful
11
Replies 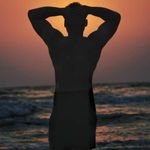 i want to prevent loop in OSPF Domain

i use MATCH and SET statement in Route-map

My question is i don't know i apply it where ?

mostly i think i should use distribute-list

!!!!!!!should i choose one name for my route-map :D and first statement changed to set tag

last line per explicitly every things ?

because how i can applied two different route-map(in name) to distribute-list in OSPF ?

or Do you have any other ideas about this ?(i know we have eigrp route tag command) but here is case of OSPF

or what you think i use any tag routing during my redistribution ?

So do you think logically i have to use route-map in My redistribution or internally it's enough ?

the route-maps usig route tags match or set tags have to be used in the redistribute command:

You need to decide to use values that make you remember of redistribution.

So to avoid routing loops or suboptimal routing the route-maps should be:

The same configuration has to be applied on both R1 and R2.

A similar logic can be used on R3,R4 between BGP and EIGRP

the route-maps usig route tags match or set tags have to be used in the redistribute command:

You need to decide to use values that make you remember of redistribution.

So to avoid routing loops or suboptimal routing the route-maps should be:

The same configuration has to be applied on both R1 and R2.

A similar logic can be used on R3,R4 between BGP and EIGRP

too much thanks Sir for clarify , thanks

Hall of Fame Master
In response to Giuseppe Larosa
Options

my previous example using only route tags may not work when BGP is involved. It is good for sure for mutual redistribution between two IGPs.

For BGP the BGP community attribute can take the place of the route tag.

There was a previous post thread  about  this specific issue.

BGP community is similar to a route tag with the added benefit that multiple BGP communities can be added to a single BGP prefix.

The logic to create the two route-maps is still the same but on the BGP side we are going to set a BGP community instead of a route tag.

We will use BGP community 100:89 to signal BGP routes that have been originated by redistribution of OSPF into BGP.

We cannot match a community value directly so we need to define a community-list a special ACL for BGP standard communities:

The configuration of the new route-maps becomes the following:

the logic is reversed for the route-map in the opposite redistribute direction.

Now we match on community using the community list 1 defined above.

This approach should work when BGP is involved.

Paul Driver has provided a clear explanation of the logic under the two route-maps.

Here there is just an update to use BGP community on the BGP side in case matching or setting a route tag is not supported or not effective.

As noted in previous post a similar configuration can be created for routers R3,R4 where we just need to remember that EIGRP requires the setting of a default metric using the five metric components to make redistribution effective to be able to create the seed metric for EIGRP external routes.

the use of the route-maps is really necessary if R1 and R2 have also an iBGP session between them.

If the iBGP session is not present R1 and R2 are not going to accept the routes originated by the other one because going via R3 or R4 the AS path BGP attribute will contain the BGP AS 100.

However, because also R3 and R4 are performing mutual redistribution between BGP and EIGRP  without any control R3 or R4 could re-inject an original OSPF route via eBGP taking the prefix from EIGRP and in this case the BGP AS path attribute would contain only AS 200 and would be accepted on R1 or R2.

So actually the use of the route-maps is highly recommended/necessary  even if no iBGP sessions between R1,R2 and R3,R4 are configured.

this answer makes more sense to me , but as you are highly skilled and professional also your answering is too , let me i ask for clearing and fully understanding some points ,[thanks in advance]

in this scenario Will NOT Work ? Correct ?

but in previous example you said:

above example includes BGP !!!How compare! here we have BGP also ....

You meant if we have an iBGP in our AS , better and suggested we use route-map

if also we have External BGP with redistribution (BGP include) should use BGP community ?

R1 originate route : but because no iBGP connection to R2 ,THEN originate routeS, it goes through a eBGP to AS 200 and possible to come back with AS_PATH 200

5- this not clear for me what's mean by possible redistribution

thanks many from You and other experts participated in.

Hall of Fame Master
In response to cisc0.ameer
Options

I apologize for the possible confusion I have created here with two posts telling different things.

when BGP is involved using BGP community is the safer way to make controlled redistribution as some users have reported issues trying to use route tags on the BGP side ( I don't remember exactly if one of the two commands match tag or set tag was not supported when the route-map was applied to BGP in redistribution or BGP was not honoring the route tags, in any case I had provided an alternate solution using BGP community instead of route tags in that thread).

when I have written my first post in this thread I didn't remenber about this possible issue.

Many years ago I have tested a scenario like yours for a customer with OSPF - BGP - BGP - EIGRP involved and multiple routers used as ASBR nodes.

I think I have used BGP community in that case to make it working but it was 16 years ago.

>> above example includes BGP !!!How compare! here we have BGP also

I can make errors as any human being for this reason I have written the second post to point out possible issues of first proposed solution.

I would suggest you if you can to test both solutions and report issues ( if any) using route tags only.

About points 2) and 3) I have made some considerations but my final considerations is that we still need to use route-maps so I will not go in detail on this. I could have skipped these sentences.

>> if also we have External BGP with redistribution (BGP include) should use BGP community ?

As I have explained above it should be safer to use BGP community.

4)   my final consideration I would use route-maps in this scenario even if iBGP sessions are not present.

To be noted redistribution is a dynamic process, routes are re-examined from time to time to see if any change has occurred.

I apologize for having written too many unnecessary comments to my second post that can create confusion.

Oh! that time i was baby i think :D

No it was perfect Idea for me also ,

Sir , it is really help ful for me

Yes , Yes i was looking for this

Hall of Fame Master
In response to cisc0.ameer
Options

look also at my second post in this thread.

Because BGP is involved in that second post I provide an alternate solution using BGP community instead of route tags on BGP side.

Some users have reported issues with BGP and route tags in redistribution I have remembered of this only in a second moment.

thanks for your kind remarks

You need to apply the route-map at AS border routers. example below will help you.

Yes, it's useful thanks for mentioning