Turn on suggestions
Auto-suggest helps you quickly narrow down your search results by suggesting possible matches as you type.
Showing results for
Search instead for
Did you mean:
Start a conversation
Options
604
Views
10
Helpful
12
Replies

HI, I am using a CBS350-8P-E-2G. The issue is that when I try to assign port 1 to VLAN2, and port 2 to VLAN3. The internet does down. I tried to create a DHCP Pool to resolve this. But the service dhcp VLAN2 command does not work because there is no dhcp option for that command. I imagine there needs to be some subnetting done as well in order to isolate the VLANs from each other, which is my ultimate goal. But I am lost as to why the service dhcp VLAN2 command does not work. Here is what I am doing with creating the DHCP pool. How do I isolate two VLANs without the internet dropping? There is only one subnet, so I don't think I need a DHCP relay. But either way help is needed. 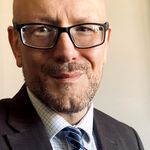 It sounds like you're running into an issue with your VLAN configuration on your switch. The issue you're describing, where the internet goes down when you try to assign VLANs to different ports, is likely caused by a misconfigured VLAN or DHCP pool.

In order to isolate two VLANs on your switch, you will need to create separate DHCP pools for each VLAN. This will allow each VLAN to have its own unique IP address range and prevent the VLANs from overlapping.

To create a DHCP pool for a VLAN on your switch, you will need to use the following syntax:

Once you have created a DHCP pool for each VLAN, you can then assign the VLANs to the appropriate ports on your switch using the following syntax:

I hope that helps!

Hall of Fame Guru
In response to MaxShantar
Options

If you want 3 vlans you need 3 subnets.

I understand and thank you both for the clarification. I needed it.

How do I assign the DHCP pool to each VLAN?

service dhcp VLANname does not work. It seems to tell me that the command is not formatted properly. I will update with the exact error on Monday when I am back at work. 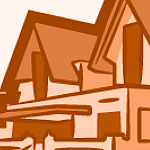 Sample from my CBS350 configuration. There is no service dhcp [vlan] command.

Hall of Fame Guru
In response to KJK99
Options

Thanks for providing an example of configuring multiple dhcp  pools. There is a dhcp pool for each subnet. +5 for a good example. It is perhaps worth mentioning that with multiple pools when a host in one of the vlans/subnets sends a dhcp request as a broadcast the switch knows which interface received the request and looks for a pool that matches the subnet used by that vlan interface.

I am still having an issue with no internet when I assign a port to their respective VLANs. As soon as I assign the second port to the second VLAN there is no internet. I can ping inside and outside of the network on the switch. But the WAPs attached to GE1 and GE2 lose internet. I should also add that DHCP for the two VLANs shows as static. Here is my running-config and network topology.

Hall of Fame Guru
In response to Wildcard
Options

I am not clear what is going on here. The first thing I notice is that the addressing used in your diagram does not match the addressing shown in your posted config.

I apologize, this is the correct network topology. The hotspot is not acting as a router. It is only passing a public IP address to the Next Generation firewall using IP passthrough. 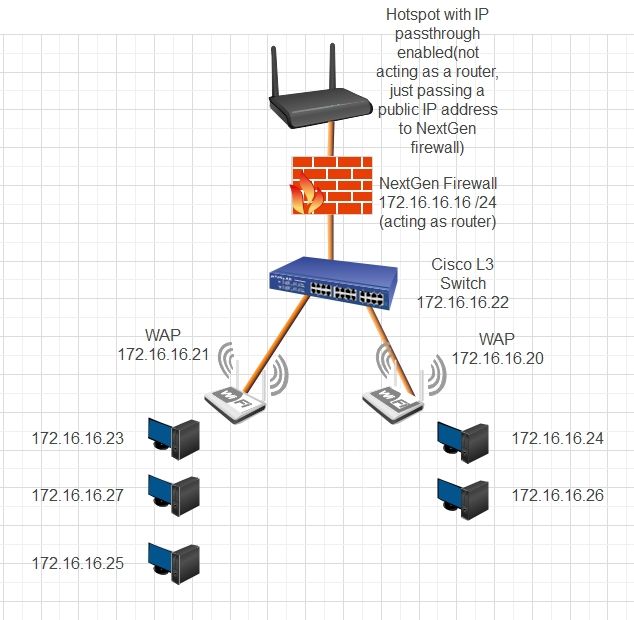 How do I subnet this address into two networks?

Beginner
In response to Wildcard
Options

I would say no. There is IP address overlap.

I find this link very helpful in this regard.

Hall of Fame Guru
In response to KJK99
Options

Thanks for the help everyone. I really appreciate it and it has helped a lot. I have one final issue. After I assign port 1 to VLAN one. The internet goes down. Is there something I need to enable or do so that this does not happen?

As I understand it, it goes create VLANs, create DHCP pools, and then assign ports to VLANs. Do the names of the DHCP pools have to be the same as the VLAN names? Sorry for needing so much help. But I really do appreciate it and want to learn.

Hall of Fame Guru
In response to Wildcard
Options