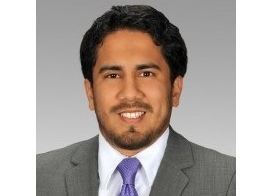 São Paulo, Brazil, September 18, 2014 – Algar Telecom chose Cisco® mobile Internet equipment for its Wi-Fi network coverage expansion project in the Triangulo Mineiro region, in the state of Minas Gerais, and in the countryside of São Paulo, Brazil. By the end of the year, 400 Cisco Aironet 1600 Series access points will be installed in the area to provide Internet access at 50 public places in the cities of Uberaba, Uberlandia and Franca. At the moment, the carrier has local access points in malls, colleges and bars in these cities.

The Algar Telecom Wi-Fi project started in 2012, but years before, in 2010, the service provider was already considering the use of Wi-Fi to complement the 3G networks, which were then massively overloaded due to heavy data traffic. Algar carefully reviewed the situation and concluded that the provision of wireless connectivity could be the solution to high-density environment coverage and could deliver improved access quality to customers at a relatively low investment.

A pilot project was implemented in Uberlandia, where the telecom provided an available network in different points. Access segmentation was later implemented, allowing any Algar Telecom customer to access the Wi-Fi network from any device with a default password. Users utilizing the Algar Telecom SIMCARD had their devices automatically identified by the network, granting them free Wi-Fi access, without a password request. "More than a complement to the 3G network, Algar utilized Wi-Fi connectivity as a differential advantage to attract and retain customers, as well as a possibility to generate additional revenue," said Luis Antonio Andrade Lima, director of operations and technology, Algar Telecom.

By providing Wi-Fi access at the Triangulo Music, a local music festival, Algar reinforced their vision. Cisco Aironet 1600 Series were used at the event that took place in May, in order to attract a younger audience to the telecom, and for this, 48 Wi-Fi hotspots were available for the festival-goers. Great reviews of Cisco mobile Internet equipment during the festival were decisive for Algar to move forward with the beginning of their Wi-Fi expansion.

According to Lima, the ease of deployment and configuration of Cisco technology were also decisive for their choice. "Enabling Wi-Fi network access in the Triangulo Music, for example, was a sudden decision. A month from the event, we started negotiations with Cisco, a rather short-term for product supply, but ease of deployment and configuration technology allowed us to make the network available at the stadium in just three days," added the director.

The Algar Wi-Fi coverage expansion meets the increasing service providers' customer demand for mobile solutions. With the increasing data traffic volume, wireless network is an advantageous alternative to 3G, diversifying means of access and allowing Wi-Fi offload of these networks. "Nowadays, Wi-Fi access in public places is considered an alternative for service providers to make Internet access available to their customers in areas where the 3G network is overloaded. In addition to our extensive market expertise, Cisco offers a great deal of product availability and competitive price through local manufacturing, meeting this particular demand," said Rodrigo Dienstmann, president of Cisco in Brazil.

Wi-Fi in the Triangulo Music Festival

The Triangulo Music Festival took place last May 9 and 10, in Uberlandia. The Cisco Aironet 1600 Series utilized in this project works on the IEEE 802.11n standard, supporting 802.11g and 802.11b connections, reaching connection rates of over 100 Mpbs, and providing greater coverage compared with previous standards.

A total of 3,744 Algar users accessed the Wi-Fi network during the two days of the Festival. On the first day, the network supported a peak of 1,128 clients connected simultaneously, without any detriment to customers' access experience. The Algar engineer believes that the reliability and stability provided by Cisco Access Points were essential to the network performance success during the event. "Managing and monitoring the network in the actual devices were also decisive for the brand's choice. Overall, the equipment performed well and we met our goals," said Lima.

In addition to the performance efficiency, the Wi-Fi network was an important tool for Algar marketing activities undertaken during the event, allowing real time interactions, photo upload and social networks sharing. "It's an advantage to have an intelligent management system enabling us to extract important information about clients as well as network usage," said Lima.

Algar Telecom is a 100 percent Brazilian telecommunications company with environmental practices recognized in the market. The company has built a 60-year history marked by pioneering technologies development and innovation in the national telecommunications industry.

The company operates in all major regions of Brazil, serving more than 1 million customers, among individuals and corporate clients in various states such as Sao Paulo, Minas Gerais, Rio de Janeiro, Goiás, Mato Grosso do Sul, Paraná and Brasília (DC). Sustainable and innovative approach is adopted in all areas of the company, from cutting-edge technology the development to low energy consumption network structure. Through the proximity to their clients, Algar Telecom aims to provide a distinct service, seeking the best relationship with their clients.

Cisco (NASDAQ: CSCO) is the worldwide leader in IT that helps companies seize the opportunities of tomorrow by proving that amazing things can happen when you connect the previously unconnected. For ongoing news, please go to http://thenetwork.cisco.com.