We are running nexus 5548up with NX-OS 5.2(1) connected to MDS 9222i. The nexus ports are in native FC mode. The nexus FC port should support a maximum of 240 Receive BB Credits according to "show interface fc1/30 capabilities" command, and also according to the Cisco documentation: http://cisco.sitecelerate.com/en/US/docs/switches/datacenter/nexus5000/sw/release/notes/Rel_5_1_3_N2_1/Nexus5000_Release_Notes_5_1_3_N2.html

I have tried putting all other ports out-of-service to make sure there is enough resources. Tried reducing the speed from 4Gb to 2Gb. Still the maximum BB credits that can be assigned is 64, not 240 as documented. 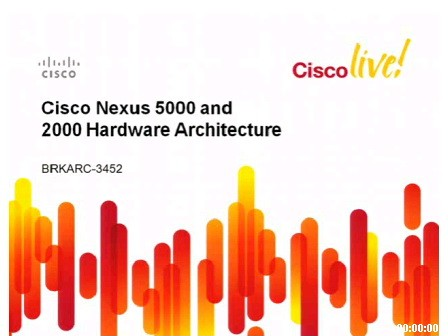 The problem is documented in the following caveat:

Unable to configure bbcredit on nexus for values bigger than 64.

This is documented as part of resolved caveats for 5.2.1.N1.1b release

Latest Contents
Pondering Automation: NEW LOCATION - Check HERE
Created by Shaun Roberts on 06-22-2021 04:14 AM
0
0
0
0
Hi all! Pondering Automation has moved! It is now a part of the standard Cisco blogs in DevNet!   You can find the general blogs here: blogs.cisco.com And you can find the newest pondering automation here: https://blogs.cisco.com/developer/ponderinga... view more
Join us for demo day on June 24th
Created by Kelli Glass on 06-10-2021 05:34 PM
0
0
0
0
Save your spot to see the newest innovations from Cisco Intersight and Cisco Nexus Dashboard in action. Register today to get a closer look at hybrid cloud innovations.
Introducing Cisco UCS X-Series
Created by Kelli Glass on 06-10-2021 05:27 PM
0
0
0
0
Join us Tuesday, June 15th at 10 am PT to get a closer look at our new adaptable, future-ready modular system.   Register today for this overview and demo of the new Cisco UCS X-Series.
DCN Community on Cisco Customer Connection - Join Us!
Created by roxadiaz on 06-09-2021 01:10 AM
1
0
1
0
DCN Community on Cisco Customer Connection    Join our community!!   As a valued Cisco Data Center Networking (DCN) customer, you can be part of Cis... view more
Cisco ACI Ask the Experts FAQ: Monitoring Best Practices
Created by ansuri on 06-02-2021 06:39 PM
1
5
1
5
Contents   Here are some commonly asked questions and answers to help with your adoption of Cisco ACI solution. Subscribe to this post to stay up-to-date with the latest Q&A and recommended Ask the Experts (ATXs) sessions to attend. &... view more
Create ContentLogin to create content
Question or Discussion
Blog
Document
Project Story
Video
Related Content
Discussions
Blogs
Documents
Events
Videos
Project Gallery
Content for Community-Ad