Cisco Community
English
Register
Login
We are launching a new events program "Support Talks" to help you support your deployments as a pro - LEARN MORE
<
RegisterLogin
Options
Turn on suggestions
Auto-suggest helps you quickly narrow down your search results by suggesting possible matches as you type.
Showing results for
Search instead for
Did you mean:
1028
Views
5
Helpful
3
Replies
Highlighted

im new here and relatively new to networks i have a job coming up that requires a site to have 2 ip ranges for cctv cameras.

will their be a conflict if you have 2 ip ranges running through one switch?

if I run both these ranges through the same SG300 switch will they cause issues to one another.

You can run both the IP range from same switch,

by creating 2 VLAN for example below : and allocate port to respected VLAN for them to work.

Thanks for the quick reply, would it definitely cause conflicts if VLANS were not used? I thought that would be the case needing to create “VLANS” but wanted to clarify that. How would that work with regards to viewing both servers from the same viewing PC around the site I know you can give pc’s 2 ip addresses but would that still work if VLANS were created? 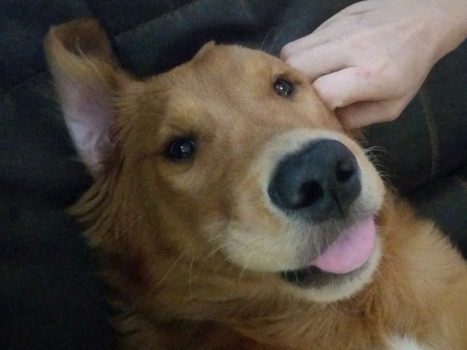 Contributor
In response to Timo85

since you want 2 separate networks, you SHOULD use VLANs to create the logical separation.  without them, you would have to create a network that contained both subnets (BAD IDEA, large broadcast domain).  As for viewing the cameras from one PC, then you just need to advertise the route.  (the vlan interfaces will act as a gateway and act as "router on a stick".  You would then restrict access with an ACL down the line, hopefully a router or ASA

Latest Contents
Nexus 3064 High CPU utilization
Created by Johnson Lew on 10-30-2020 11:34 AM
1
0
1
0
We have many Nexus 3064 switches that have high CPU utilization.  The graph minute and hourly graphs show it.  We are on version 6.0(2)U6(6).  What can be the root cause and how do I fix it? # sh proc cpu s | ex 0.0Please note tha... view more
sd-wan controller on-premise deployment
Created by Ibrahim Jamil on 10-30-2020 04:05 AM
0
0
0
0
Hi Freinds lets Consider the sd-wan controller will be deployed on-premise , with 2 x Transport ( MPLS and INET) each cEdge sits behind ASA , Cisco ASA perform 1 to 1 static NATING for the cEdge in order to provide Reachibility over INET vB... view more
Meet the new IT superpowers: agility and resiliency
Created by Kelli Glass on 10-28-2020 12:24 PM
0
0
0
0
Cisco helps build IT agility and business resiliency by introducing new technology innovations that help  Respond and adapt to disruptions Accelerate your digital journey and cloud adoption Transform your operating model with insights and automatio... view more
The New Era of WAN – an ASIC innovation story
Created by jayang on 10-28-2020 11:10 AM
0
25
0
25
Oct 20, 2020 is an inspirational date for many of us in networking industry to be proud of. It is the birthday of Cisco Catalyst 8500 Series Edge Platforms – one of the most powerful purpose-built SD-WAN Edge platforms ever, making up to 60Gbps throughput... view more
900 ISR Synology SMB connection over internet , port forward...
Created by T0mTheCat on 10-28-2020 02:18 AM
2
0
2
0
Hi, Hope this can help someone. To connect local network storage, mine is DS1817+. Create port forward and connect thru internet.Do reply here if you have better or easier configuration! =D Configuration on Cisco Router:ip nat inside source stat... view more
CreatePlease login to create content
Discussion
Blog
Document
Project
Video
Related Content
Discussions
Blogs
Documents
Events
Videos
Projects
Content for Community-Ad