Cisco Community
English
Register
Login
Thank you for your support! We're happy to announce that we met our goal for the Community Helping Community campaign! LEARN MORE
RegisterLogin
Options
Turn on suggestions
Auto-suggest helps you quickly narrow down your search results by suggesting possible matches as you type.
Showing results for
Search instead for
Did you mean:
13845
Views
0
Helpful
3
Replies

About no ip routing command.

Suppose you have these lines as part of a router's configuration:

I have done this strange test because it was not clear which interface the router would have chosen in order to forward the packet.

Then I have thought that with the configuration ip default-gateway 192.168.0.2 the router would have chosen only interface fa0/0 in order to forward the packet. But instead the router have sent an ARP request with target address 192.168.0.2 out both the interfaces again. 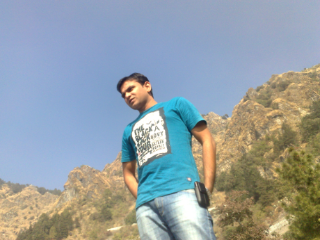 I am not able to understand the confusion!

The ip routing command is configured and that makes the device to work a layer 2.

The configuration and the description till test 1 makes perfect sense. Can you paste in the show run from the switch and give me a clear picture of the test conducted.

Questions to be answered:

1. Where did you initiated the ping from?

2. A show arp would aslo helpful

Beginner
In response to rahurao

Hello Rahul and thanks for your answer.

I am doing some tests with the GNS simulator and with a 7200 router.

I was pinging from the router itself and noting that, with the no ip routing command, those ARP requests are always sent

out both the interfaces, and it does not depends on ip addresses of interfaces and gateway.

You have said that the device works a layer 2: this is may be the best explanation and so the ARP broadcast are sent out all interfaces.

I was a little confused, may be for the presence of interfaces with ip addresses.

Beginner
In response to speculor_cisco

When IP routing is disabled, the router will act  as an IP end host for IP packets destined for or sourced by it, whether  or not bridging is enabled for those IP packets not destined for the  device. To re-enable IP routing, use the ip routing command.