Turn on suggestions
Auto-suggest helps you quickly narrow down your search results by suggesting possible matches as you type.
Showing results for
Search instead for
Did you mean:
Start a conversation
Options
683
Views
5
Helpful
3
Replies

I am curious to know what is the difference between cisco Nexus switches and the usual catalyst 3750 switches.

I do understand the operating system in both these are different. ( please correct if this is wrong )

When will we suggest using cisco nexus instead of usual cisco switches?

Also what interface does cisco nexus like 5548 come with , is it both copper and fibre ?

Appreciate if folks here can elaborate something on this. 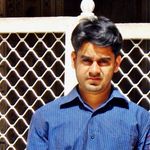 The Cisco Nexus 5548UP (Figure 2) is a 1RU 10 Gigabit Ethernet, Fibre Channel, and FCoE switch offering up to 960 Gbps of throughput and up to 48 ports. The switch has 32 unified ports and one expansion slot.

**Please rate useful posts and remember to mark any solved questions as answered. Thank you.

Well most importantly Nexus does 10Gig with the promise of Fibre Channel over Ethernet (FCoE) in the future. You can also add Fibre Channel modules to the Nexus line and not the catalyst line. It runs NX-OS instead of IOS which I believe came out of the Storage OS side of Cisco. The Nexus is also much higher performance overall in terms of switching capacity and for the most part isn't oversubscribed.

The Catalyst line has the ability to do Layer 3 that you can't do on the Nexus. It also has Power of Ethernet which you need for VoIP, security cams, etc...The Designs I typically see out of Cisco right now are using Nexus for the Core with a 4900M to handle the Layer 3 stuff. Then they use Catalyst for the Access Level to workstations and such.

They both have their place and it depends largely on what you are trying to accomplish.