Cisco Community
English
Register
Login
ANNOUNCEMENT - The community will be down for maintenace this Thursday August 13 from 12:00 AM PT to 02:00 AM PT. As a precaution save your work.
RegisterLogin
Options
Turn on suggestions
Auto-suggest helps you quickly narrow down your search results by suggesting possible matches as you type.
Showing results for
Search instead for
Did you mean:
605
Views
0
Helpful
2
Replies
Highlighted

Hi All, I wonder if anyone could please help with this question:  We have a number of 6509s which generally have dhcp relay agents configured on the SVIs.  The dhcp servers are centralised.  Recently we've had one or two faults with misconfigured or faulty devices (blade server chassis and also printers) generating high volumes of dhcp discover packets and causing high cpu on the relevant 6500.    I would like to rate limit these discover packets, which are layer 2 broadcasts, and was wondering if anyone had done this.  Storm control can't discriminate between different types of broadcasts and on a gig link would need to be set down at about 1% to have much effect on the problem.  I've looked at CoPP and also mls hardware rate-limiting but as I understand it, these two features don't control broadcast traffic. I also looked at dhcp snooping but if an interface receives a high level of dhcp discover broadcasts, e.g. over 100pps, I don't want it to go error-disabled (as this would knock down the whole edge switch),  just to drop the excess packets. I'd be glad of any advice received. Thanks. 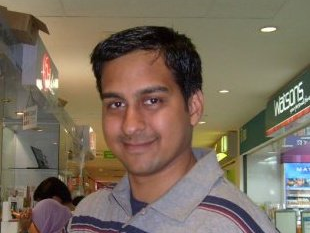 Hi krun shah - thanks for the reply. -  I've just seen it as I've been away. But as I understand it if I enable dhcp snooping with rate limiting and the rate limit is exceeded it will put the interface into the error-disabled state which is not what I want as this will knock off the whole switch connected to that port - I really just want the dhcp discover packets to be dropped.

0 Helpful
Reply
Latest Contents
Basic question on choosing P nodes for FRR
Created by EasonY on 08-13-2020 08:06 PM
0
0
0
0
Hi,I've had below topology: So from RT1's perspective, if link RT1 - RT5 is the link to be protected, the P-space (RT1, Redlink) will be RT2? I can see the definition of P space of RT1 is the set of nodes that RT1 can reach as per pre-convergenc... view more
Cisco 3650 cannot boot up
Created by ChhunCam on 08-13-2020 03:46 AM
9
0
9
0
Dear all, please kindly advise how to can configure on Rommon on switch 3650please kindly see in the attach file. Best regards,
How to configure a management vlan while using GRE tunnel
Created by Zurattos on 08-11-2020 02:44 PM
0
0
0
0
Hello , I really need your help , how can I configure a management vlan for the switch while using GRE tunnel between two routers ? Best Regards
Cisco Champion Radio: S7|E30 Taming Your AI/ ML Workloads wi...
Created by aalesna on 08-11-2020 10:22 AM
0
0
0
0
Cisco Champion Radio · S7|E30 Taming Your AI/ ML Workloads with Kubeflow   As organizations increasingly introduce machine learning (ML) capabilities to their existing products, their artificial intelligence (AI) projects and operations complexity g... view more
Cisco IOS-XE 17.3.1 – Catalyst 9000 Switching Updates
Created by dhristov on 08-10-2020 11:56 AM
0
5
0
5
Cisco IOS-XE 17.3.1 – Catalyst Switching Updates   Table of Contents IOS-XE 17.3.1 Hardware Additions since IOS-XE 17.2.1 Key Summary Features Platform and Infra Features High Availability Features Routing / MPLS / VPN Features Security Features &nbs... view more
CreatePlease login to create content
Discussion
Blog
Document
Project
Video
Related Content
Discussions
Blogs
Documents
Events
Videos
Projects
Content for Community-Ad