Cisco Community present at Cisco Live EMEA 2023. See you in Amsterdam! Learn more.
Turn on suggestions
Auto-suggest helps you quickly narrow down your search results by suggesting possible matches as you type.
Showing results for
Search instead for
Did you mean:
Start a conversation
Options
7078
Views
5
Helpful
12
Replies

What is the main difference between 2800 and 2900 series ISR Routers.

1 person had this problem
I have this problem too
Labels:
0 Helpful
Share
Reply
12 Replies 12

Think main difference will new licensing model with IOS 15.x, other than that it's just new generation of ISR router, so better, faster more efficient.

These links can be useful to meet the differences between ISR Generation 1 and 2.

Dear,
Thanks a lot for share this link and it was more helpful to me.
I want the present running switches & Routers Model numbers.
Please help me out.

You are welcome, please correct me if I understand wrongly. Do you need the current models of switches and routers? is that correct?

The links above could be useful, the current models are:

Thanks a lot, Can you tell me the enterprise level switches and routers models please.

The enterprise models are:

Thanks a lot. Please let me know the routers also.

You are welcome, the current router models are:

As others have noted, later router series, marketed for the same market niche, tend to offer more performance per unit cost. Later series also are newer in their support life cycle. Later series often have newer hardware and software features (the latter, though might be available, at least for a little while, on the older series with IOS upgrades). Also when it comes to features, you might find some removed as Cisco feels they are no longer really desired by the market.
0 Helpful
Share
Reply 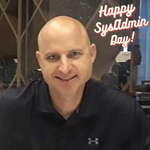 The build-in LAN connectivity in 2900 is gigabit ethernet while the 2800 is fast ethernet.

Hall of Fame Master
In response to markanderson
Options