Cisco Community present at Cisco Live EMEA 2023. See you in Amsterdam! Learn more.
Turn on suggestions
Auto-suggest helps you quickly narrow down your search results by suggesting possible matches as you type.
Showing results for
Search instead for
Did you mean:
Start a conversation
Options
441
Views
0
Helpful
1
Replies

All devices connected to the ASA by a dynamic IP assigned by the ASA's DHCP server are provided with the DNS server settings from the ASA. If I assign a static IP address to a device (Windows) and set the ASA as the default gateway and as the DNS server, I get no internet connection. This has worked with a Juniper device I had before.

So my question would be how do can I make the ASA assign the DNS server information to a device which has a static IP.

*I can establish a connection to the internet by entering an outside DNS server directly on the (Windows) machine that requires internet access, e.g. 1.1.1.1 or 8.8.8.8 but this is not what I want. 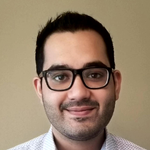 No, this wouldn't work. You have two options:

2. If the ASA allows it, you should be able to assign the client a static lease by reservation. Though I believe not all versions will have this option.