How can I prevent a multicast interface not to become member of the output interface list?

There are two multicast routers receiving same multicast stream from two inbound links. The routers have to select one stream and to forward it to an output interface.

There is a problem if the router sends back the incoming stream to the other inbound interface (that is different from the stream has arrived) because of both routers are connected to same input networks. In this case multicast loop would be occurred.

Therefore, I need the interface to receive the multicast stream only.

Unfortunately, I could not find command to prohibit a multicast interface to become member of OIL explicitly.

How can I prevent a multicast interface not to become member of the output interface list?

Why does not arrive the input stream if I filter out IGMP on an interface?

I have this problem too
Labels:
0 Helpful
Share
Reply
1 REPLY 1 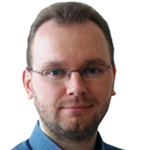 You have (probably inadvertently) posted this discussion four times; the other copies are here:

Would you mind deleting them first?

Are you seeing a different behavior? Could you perhaps post a picture of your topology showing where the multicast streams are entering your network, and the behavior you're concerned about?