Cisco Community
English
Register
Login
Great changes are coming to Cisco Community in July. LEARN MORE
RegisterLogin
Options
Turn on suggestions
Auto-suggest helps you quickly narrow down your search results by suggesting possible matches as you type.
Showing results for
Search instead for
Did you mean:
251
Views
0
Helpful
1
Replies

i have two identical point to point connection each with 150Mbps of bandwidth.

I run JPERF on the two links with the following settings:

- 10 parallel stream (to saturate the bandwidth)

On the first link,

every parallel stream get more or less the same value of bandwith (nearly 14-15....the example in the following picture show nearly 10Mbps but it's not important) and the sum is nearly 140Mbps 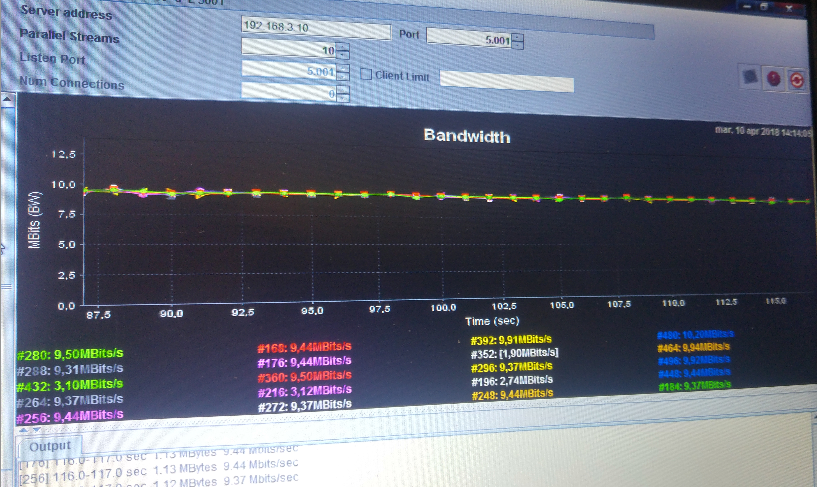 On the second link the parallel streams get different value among them (the sum is still 140Mbps) and the graph is not linear as the first one: 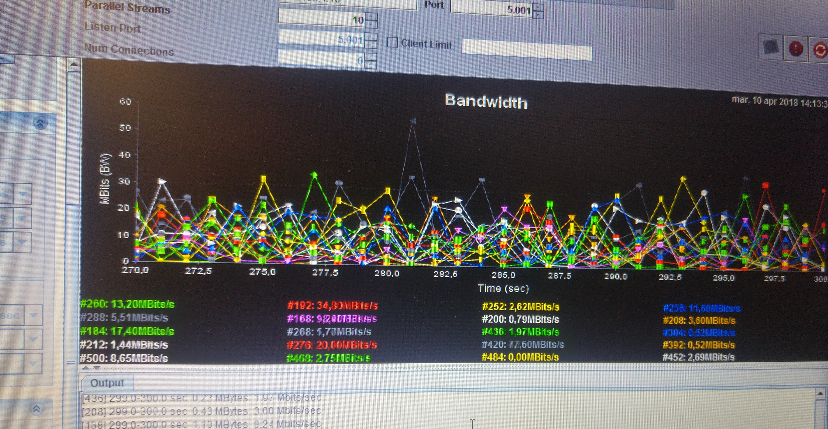 Is there a way to visualize only the sum of the stream instead of the single stream?

Beginner
i answer myself,....i rebooted the PC and now it works
0 Helpful
Reply