I was reading about operational status' of the switch ports. And then came IP telephony section in which it said that when using IP telephony, the port is kind of access and kind of trunk(I am using Wendell Odom's OCG). The thing I do not understand is:

1) How can a switch's port be kind of access and kind of trunk?

2) How can voice be, for example VLAN10 and data be VLAN 11 on the same switch interface? I mean how can one interface be in two VLANs? 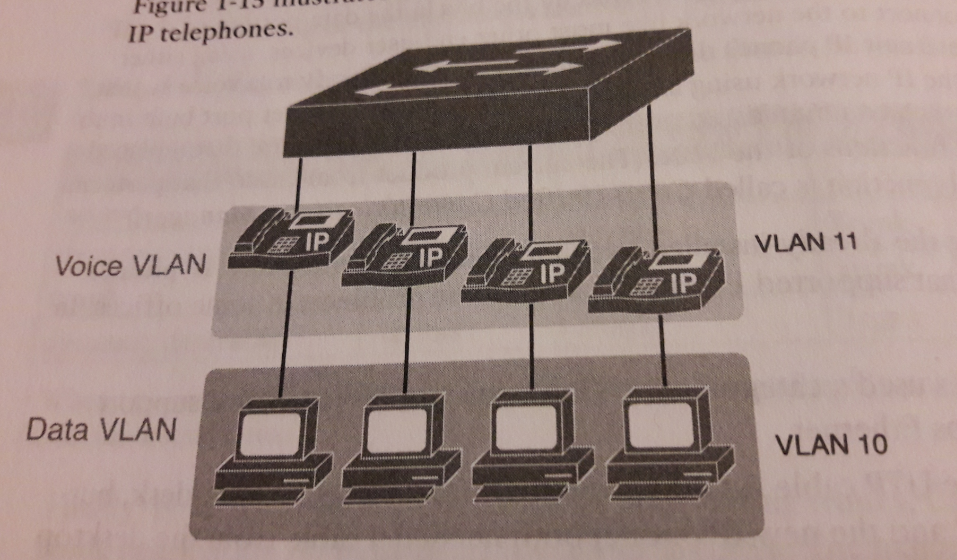 i would suggestion to read this document :

i would suggestion to read this document :

Cisco added a feature, to later switches, that allowes a switch port to be a "special" access/trunk port. This feature supports two VLANs on the port, one, in Cisco trunk port terminology, the native/untagged VLAN (normally used for data), and the other a VLAN using tags on the port, generally used for VoIP VLANs.

Consider, on many Cisco L3 switches, a port might be configured as a switch port or a routed port. Depending on how the port is configured determines how you may further configure the port.

Likewise, Cisco already had switch ports that can be configured as access port and those configured as trunk ports, the new feature is a select hybrid of the two feature sets.

Thank you @balaji.bandi and @Joseph W. Doherty  for the link and the explanation. I will need some time to grasp the concept completely.

VIP Master
In response to ChinmayKulkarni

I would not suggest for sticky mac address (until you like to do), instead, you can configure port-security with mac address allowed 4 or depends on your requirement, which means only 4 MAC Address maximum allowed on that port.