Why Can't I strech vlans across multiple access switches with L2 Loop-free topology ?

I saw cisco press book that says 'for various legacy reasons, many existing networks are using
VLANs that are stretched across multiple access switches, and it is impossible to migrate
to a Layer 2 loop-free design in these scenarios.'

what are these reasons?? the book doesn't tell the reasons.

I don't have any idea for this.

please hlep me and explain.

Thansk you in advance

There may be technical and administrative reasons for that.

As just an example, the technical reasons may include using a non-routable protocol on stations connected to different switches that nonetheless need to talk to each other using that protocol. An example can be the NetBEUI protocol for file and printer sharing in old Windows network. Another reason may be that, say, the stations are using multicast but the network itself is not enabled for multicast routing, so if the stations were placed in different VLANs, they would not hear each other. Yet another need for the same VLAN is simply the management VLAN that is probably the same for all manageable switches in a common building switch block (I surely wouldn't be creating 50 unique VLANs for 50 access switches, one for each - maybe I am obsolete here :) ).

Administrative reasons can cover anything that is not that technical related. Perhaps the migration is too costly and time consuming, and you cannot afford to have such a long downtime. Perhaps everyone is so much used to the existing design which works fine for them that moving off to a different design would be a useless exercise. Perhaps the switches do not even support as many VLANs as would be required by the new design (although this is technical, yeah - but it's a reason alright).

Many similar reasons could be invented - but I guess you get the picture.

Anyway: What's the book you were reading? A VLAN prevented from spanning multiple switches? That's quite a requirement the book proposes. I know that VLANs do not span the distribution layer, but now they want it not to even span multiple access switches under the same distribution layer? 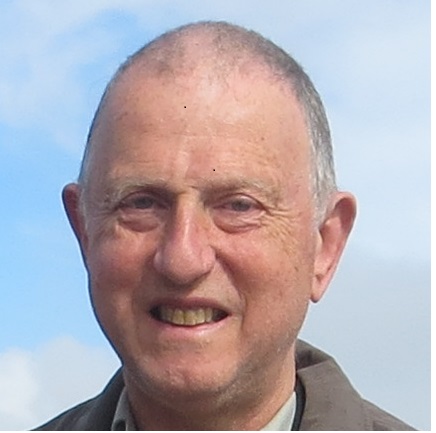 I think what they are getting

I think what they are getting at is if you have a large L2 switch network, then if you do get a loop then it affects the whole network, Whereas if you split it down into having more L3 switches any loops get isolated. I dont know what you call a large L2 switch network. the largest network I have in some of our factories is about 15 switches running L2 for most of the Vlans , and some L3 for particular PLC devices in different areas of the factory.

0 Helpful
Reply
Latest Contents
A beginner question
Created by ezhilcharu on 07-03-2020 09:13 AM
3
5
3
5
QuestionWhat is module number ? i.e. the 0 in 0/1Answer
Capture the Flag is going virtual! Networking missions star...
Created by dbrittin on 07-03-2020 06:09 AM
0
15
0
15
The games have begun!  Capture the Flag is now open to everyone.  Customer Connection program or Meraki community membership are no longer required.  Register using the links below.  Good luck! As a part of Cisco Live US auxiliary prog... view more
IPv6 on cellular connection on Cisco 1111
Created by kasper123 on 07-03-2020 03:28 AM
0
0
0
0
Hi,I'm trying to setup a cellular connection on my Cisco 1111 router.The interface is UP and it gets a private IPv4 and a public IPv6 address.If I try to send something on IPv4 through the cellular interface it works fine.But there seems to be an issue wi... view more
Group-Based Policy Analytics Deployment Guide
Created by jeaves@cisco.com on 07-02-2020 02:54 AM
0
0
0
0
For an offline or printed copy of this document, simply choose ⋮ Options > Printer Friendly Page. You may then Print, Print to PDF or copy and paste to any other document format you like.   Jonothan Eaves      Que... view more
Is your WAN ready for a multicloud transformation?
Created by gajewell on 07-01-2020 11:00 PM
1
0
1
0
Is your WAN ready for a multicloud transformation? Network Insider Live Webinar Tuesday, July 21, 2020 10:00 am Pacific Time (San Francisco, GMT-08:00) This webinar will show how convergence between SD-WAN and Security is emerging as important new SASE a... view more
CreatePlease login to create content
Discussion
Blog
Document
Video
Related Content
Discussions
Blogs
Documents
Events
Videos
Content for Community-Ad