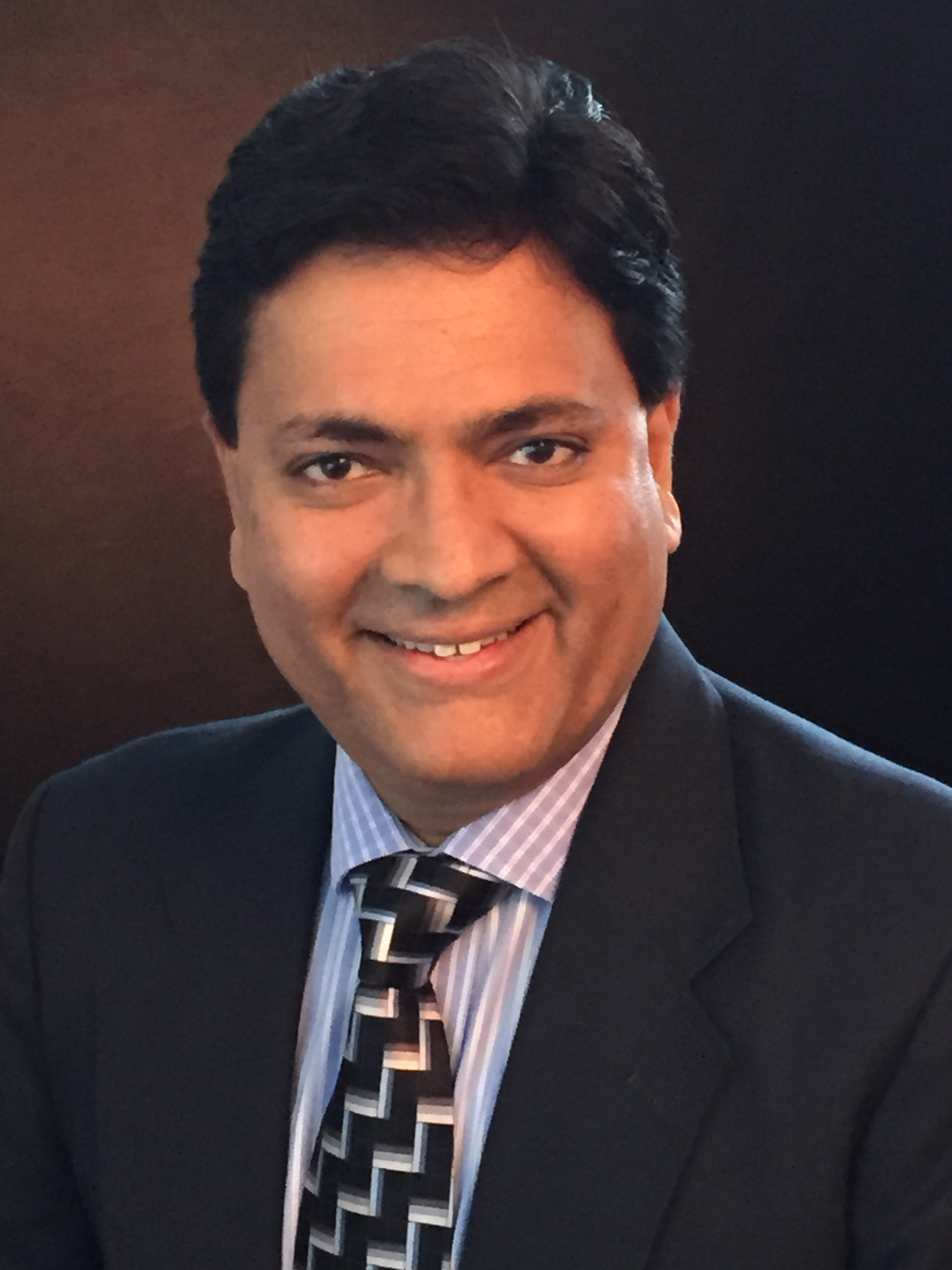 The Need of DevOps in Digital Transformation

Today, Global 500 companies to small startups are facing an increasingly competitive business environment in which they need to survive and hopefully grow. Almost all businesses are getting digitized today and run on software and outreach using mobile computing. The digital transformation is about creating new business models by blurring digital and physical worlds. Even the traditional or smaller businesses around the world are transforming digitally to achieve unprecedented agility beating competition. A local key-maker in rural part of India has the poster on the road side flea market in India asking customers to text him to connect with him and you get a text back when your keys are ready. Companies around the world are looking for agility in mission-critical IT services, Digital Business, Mobile Apps, Big Data and analytics apps, e-Commerce apps and emerging IoT applications. They need instantaneous updates to these applications that run their business, in many cases to survive.

Applications that run such businesses have evolved over time from developers taking months to plan, to developers deploying app updates to production in minutes. The applications types have also evolved to match the speed, from monolithic client server apps to 3-tier apps, cloud-hosted to micro-service apps which are now delivering dramatically better web user experiences and know-me or connected mobile experiences. How does this transformation happen for a business achieving speed using agile development? How are these businesses gaining speed of deploying updates to production? How application environments are getting setup in application dev to production? This is when Dev has to meet Ops achieving continuous integration and delivery of application updates in production that may be in Data Center or hybrid cloud with partial leverage of public cloud.

The role of infrastructure in DevOps

The origin of DevOps momentum started with the notion of “Agile Infrastructure” as faster Agile at Agile 2008 Conference. DevOps term became popular in the following years building up on agile development methodology. Organizations that have adopted agile software development are seeing increasing quantities of releases, and rapid deployment of such releases in staging and production is the obvious next steps to speed up time to value. DevOps was essentially born from this increasing popularity of agile development and need of realization of business value from it.  DevOps is development methodology that builds on agile development with a set of practices aimed at bridging the gaps between development and operations/production, emphasizing communication, collaboration, continuous integration with automated QA and deployment. Because DevOps is a cultural shift and collaboration between development, operations and testing, there is no single DevOps tool, rather a set or “DevOps toolchain” consisting of multiple tools for coding, building, testing, Packaging, releasing, Configuring and Monitoring.

Dev and Ops coming to the same table for DevOps

Once an organization decides to bring the culture shift required for DevOps practices, the expectations are sky high on getting DevOps implemented and its benefits realized. This move to DevOps could be very disruptive.  Recently, I met a Global1000 customer and the team was looking for advise on getting started on DevOps with their LOB dev teams and IT running UCS-data center. We approached the conference room table and the dev head sat towards my left, the Ops head was on my right, the infra admin lead facing me to the right while network admin and security admins were facing me but sitting to my left and server admin took the seat directly in front of me. Virtualization admin was absent as he had gone to some other cloud conference. All eyes were on me as if I was supposed to take out a magic wand and that makes DevOps happen. I could see that the teams were struggling to gain trust of each other and looking for advice on various topics. This situation is seen in many many organizations today and most DevOps initiatives fail several times in the beginning due to not taking foundational steps first e.g. Infrastructure Automation for implementing infrastructure as code and not understanding the criticality of the Culture Shift of DevOps.

Key best practices for getting started on DevOps revolve around 3 things - Automation, Automation and Automation of everything you do!  My advice to many such challenged organizations is this –

Infrastructure as code – Foundation for DevOps

Cisco Unified Computing Systems enabled organizations around the world to transform their Data Centers  with converged and now Hyperconverged infrastructure with compute, network, storage and virtualization, cutting down operational costs while delivering the highest performance infrastructure for running various types of applications in various deployment environments with policy-driven end-to-end automation.

UCS Director is very comprehensive data center automation tool that delivers powerful automation and orchestration capabilities for UCS standalone, UCS-based converged infrastructure like FlexPod, Vblock, Verastack, PureStack, SmartStack  etc.. as well as Cisco and 3rd party DC devices including L4-L7 devices. UCS Director also provides private cloud automation with bare metal provisioning, multi-tenancy, resource groups, VDCs, vPods,  micro-segmentation, full ACI integration, application stack VMs etc.  UCSD has great community follow up with several contributions from the customers.  Depending on the automation programming skills UCS Director provides an Extensibility model for a much broader infrastructure automation. UCSD director provides more than 2500 OOTB automation tasks with over 500 for ACI for you to develop workflows that you need in your environment. Generic tasks with SSH and PowerShell can been plugged into UCSD. If you have specific steps and ways you want to automate certain devices, you can create custom tasks using JavaScript or CloupiaScript. If you have a 3rd party device that is specific to your data center or not yet automated by UCSD, you could use Open Automation SDK to write a UCSD connector. UCS Director provides northbound APIs to be plugged into your CI/CD automation. UCSD north bound APIs can be called by Cisco Cloud Center e.g. UCSD Workflows. Cisco CloudCenter offers further value for Devops by helping developers define, model, deploy and manage applications with integration with DevOps tool-chain.

Unified UCS Management programmability is about automating manual steps in infrastructure configuration of compute, network, storage and virtualization by Infrastructure Developer, so the infrastructure is consumable in the form of a private cloud and augmented by public/hybrid cloud. UCS Management Portfolio tools further enable the CI/ CD automation by the devops application developers.

Latest Contents
Uploading files to a another server using "File Upload" inpu...
Created by NMagnano1 on 08-19-2021 07:49 AM
1
0
1
0
Hi everyone, I created a Workflow to upload a file using  "File Upload" input. It works, and I have my uploaded file on my ucsdirector server, on the path:   /opt/infra/uploads/myuser/tempfolder/file.ext Now, using ssh and scp, I ... view more
Powershell agent replaces double quotes with single
Created by KAKA_2 on 08-17-2021 11:22 AM
0
0
0
0
Dear Experts, I have a XML string which is result of one of the previous task. XML string looks like below.$o = "<?xml version='1.0'?><Objects><Object Type='System.Boolean'>True</Object></Objects>"and I am using Sel... view more
Rams for B200-M4
Created by MahmoudYounis99107 on 05-18-2021 01:11 PM
1
0
1
0
Dears,We need to install new RAMs with P.N: UCS-MR-1X162RUA for UCS P.N: B200-M4. Unfortunately the server and related RMAs are end of sale. Do we have a chance to install third party RMS like HP, DELL, Kingston, etc? Thanks in advance.
set boot mode to UEFI
Created by KAKA_2 on 03-10-2021 01:28 PM
1
0
1
0
Dear Experts, I am using "provision blank VM" task to create a new VM and there is no option where i can select the boot mode. I have also checked the different available APIs but still could not figure out. has anyone experience with this or an... view more
Upgrading Cisco N9508 OS
Created by qasim khan on 02-21-2021 04:54 AM
2
0
2
0
Hi, I am planning on upgrading NXOS and epld for our N9508s that have dual supervisors. having never done one before so wondering if one of you could could help me with the steps. I have read many documents by now and online threads they all seems to... view more
Ask a Question
Create
+ Discussion
+ Blog
+ Document
+ Video
+ Project Story
Find more resources
Discussions
Documents
Events
Videos
Project Gallery
New Community Member Guide
Related support document topics