Cisco Community present at Cisco Live EMEA 2023. See you in Amsterdam! Learn more.
Turn on suggestions
Auto-suggest helps you quickly narrow down your search results by suggesting possible matches as you type.
Showing results for
Search instead for
Did you mean:
Start a conversation
Options
9907
Views
0
Helpful
23
Replies 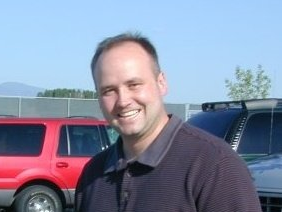 We just bought and installed some B200 M3's.  We also purchased the SD Cards so that we could install ESXi on them.  We cannot see how to get the SD Cards to show up as a Local Disk option in the M3 servers...

I have this problem too
Labels:
0 Helpful
Share
Reply
23 Replies 23
Go to solution

Internal USB support is there today - it's just not USCM configurable.  You're required to manage secondary boot devices from the BIOS at this stage.

Not optimal I know, but it's coming in a future release - no ETA yet.

Is there the possibility to at first instance Boot from SAN the ESXi and once the USB arrives on premises replicate the Boot LUN into the Cisco USB drive? Is it possible to do it without downtime?

I am installing one blade to USB right now. When  I look in the boot order, it treats the USB key as a hard  disk, and it  automagically showed up under the  hard drive boot order  item so this  should just work with no special configuration needed.  Just be careful  that if something is not configured through UCSM, UCSM  won't have any  knoweldge of it and you will not be able to tell it is  booting from USB  instead of from hard disk in the GUI. Also I use those  tiny USB keys  that only stick out about 2 mm at home and they work  fine in rackmounts.  In blades the key has to be straight and no longer  than maybe 2-3  inches or it will be resting on components on the  motherboard.  Additionally if it is much wider than the usb connector in  any direction  it will not fit as there are parts of the blade that  would be in the  way.

Here is an example (with pictures) of the one  I use at home in  C240m3 rackmounts, but they are much cheaper if you  only get the 8 GB  or 16 GB versions. I got these since its a home server  and having a  failure even once a year due to a USB key dying is not a  problem for me  and I can also use these same USB keys in some other  servers for  installing Linux to USB since it has plenty of space:

Also,   I believe theres some improvements in ESXi 5.1 for APD scenarios on  the  boot LUN which might help if your USB key dies after a few years  since  the keys you buy from Computer stores down the street are usually  just a  normal MLC, or maybe even TLC USB key with no redundancy and  will  eventually die. It might be a good idea to keep spare USB keys  around,  or even swap the USB key every year or two to avoid having it  die at an  inconvienant time. In ESXi 4.1 the host would usually work  for a few  weeks at least without the boot LUN, but without HA it  eventually would  get into a pretty bad state where all your VM's were  still locked by the  dead Host, while the Host was unreachable from  vCenter or even a direct  connection with vSphere client and the only  way to fix it was to power  off the host and then manually re-import all  the VMs other hosts through  vCenter or wait for that host to finish  rebooting.

If  you want a more relaible USB key, you would need to make sure  it is  based on SLC flash, not MLC or even worse TLC since SLC flash  will last  ~10x as long, but also cost a few times more. This can be  worked around  if the flash drive had wear leveling technology, but most  do not.

This  is the first SLC USB key I could find in a  quick Google search, and it  is not that much cheaper than the Cisco USB  key, but maybe you can find a  smaller one somewhere else for cheaper:

If you find a cheap one somewhere, please let me know so I can buy some.

Here is one place you can just buy the Cisco USB key to add to the server:

The description on that site says its just for rackmounts, but the part number is for all M3 servers, just make sure it has the -S- in the part number to indicate its the short version.

Beginner
In response to chaausti
Options

Sorry, I put the question up in the thread...

Is there the possibility to at  first instance Boot from SAN the ESXi and once the USB arrives on  premises replicate the Boot LUN into the Cisco USB drive? Is it possible  to do it without downtime?

Are you asking if you can replicate a SAN boot LUN to a USB drive without downtime?

If that's what you're asking  - no.  At least not with any UCSM only script.  You might find a way to use disk utilities, and a booted OS on the blade to replicate a LUN but it wouldn't be easy.

What's the reason for wanting to do this?

Assuming there's gonna be a downtime, how easy/complex is to replicate this boot LUN to the USB drive?

Likely very complex.  It would require OS-installed software and would depend if your target array even supported it.

I'm only guessing that its even possible.

TBH it would much simpler & faster to just re-install the OS.

For anyone still following this thread, "FlexFlash (SD Card) Enablement Support" was finally released in 2.1(2a) that came out on July 12th of this year.