This is an opportunity to learn and ask questions about how to design, configure, implement, and troubleshoot Fibre Channel over Ethernet (FCoE) and Cisco MDS 9000 SAN Switches with Cisco expert Ozden Karakok and David Klebanov.

Ask your Questions during this two-week, open discussion thread!

Ozden Karakok is a Technical Leader from the Data Center products and technologies team in Technical Assistant Center (TAC). Ozden has been with Cisco Systems for fifteen years and specializes in Storage Area and Data Center Networks. Prior to joining Cisco, Ozden spent five years working for a number of Cisco's large customers in various telecommunications roles. Ozden is a Cisco Certified Internetwork Expert (CCIE No.6331) in Routing and Switching, SNA/IP, Storage. She holds VCP, and ITIL certifications. She is a frequent speaker at Cisco and data center events, she holds a degree in computer engineering from Istanbul Bogazici University. Recently she is working on Application Centric Infrastructure (ACI) and enjoying being a mother of two wonderful kids.

David Klebanov is a Technical Solutions Architect with Cisco Systems. David has over 15 years of diverse industry experience architecting and deploying complex network environments. In his work David influences strategic development of the industry leading Data Center switching platforms, which lay foundation for the next generation data center fabrics. David also takes great pride in speaking at industry events, releasing publications and working on patents. David is CCIE No.13791 Routing and Switching certified.  You can follow David on Twitter at @DavidKlebanov

**Ratings Encourage Participation! **
Please be sure to rate the Answers to Questions 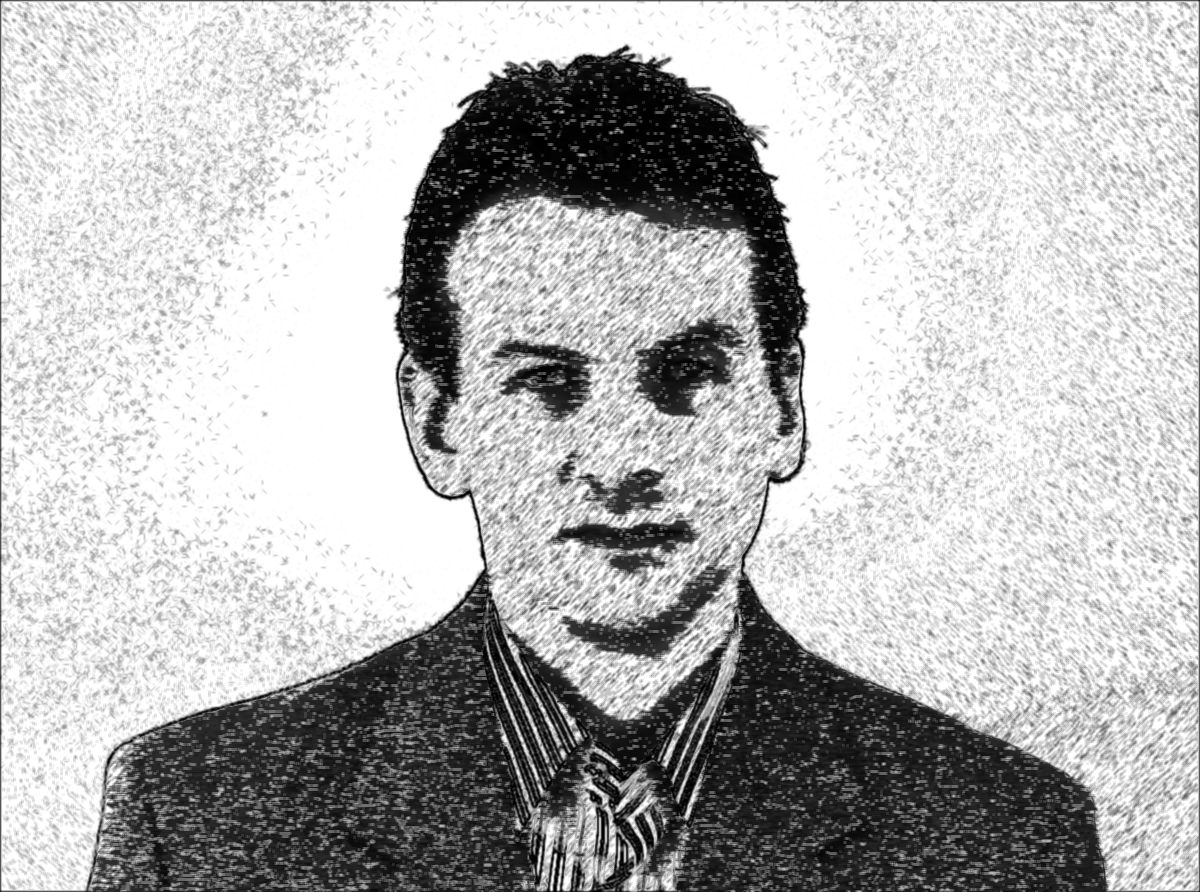 Thank you for your question. Unified Fabric approach consolidates network and storage traffic over single unified infrastructure. As today's Data Center fabrics grow in size by adding sometimes significant amount of Top of Rack switches, there is a need to adequetly accommodate the growth of the FCoE environment as well.

Features, such as FCoE-NPV, allow building scaled out multi-hop unified fabric topologies, which adhere to SAN and Ethernet best practices alike. More specifically, in FCoE multi-hop topology there are access layer and aggregation/core layer switches. Access layer switches connect to initiators or target, while aggregation/core layer switches provide aggregation points for storage connectivity. With FCoE-NPV, access layer switches are put in "proxy" mode, where they neither participate in Fibre Channel switching nor process Fibre Channel logins (FLOGIs). In this mode they also don't consume Domain IDs or perform zoning, which are often times the most significant contributors to allowing overall larger scale.

You can learn more about FCoE-NPV by reading through the latest configuration guide for the Nexus 5600 switches or reading our CCNA Data Center 640-916 Certification Guide, when it becomes available in a few days.

What is the difference between NPV and NPIV?  And which Cisco Products work best with each of them?

Beginner
In response to Mariana Llamas

It is nice to have you in this forum and thanks for your question.

Let's first try to understand the definition of each feature.

N-Port ID Virtualization (NPIV)
NPIV allows a Fibre Channel host connection or N-Port to be assigned multiple N-Port IDs or Fibre Channel IDs (FCID) over a single link. All FCIDs assigned can now be managed on a Fibre Channel fabric as unique entities on the same physical host. Different applications can be used in conjunction with NPIV. In a virtual machine environment where many host operating systems or applications are running on a physical host, each virtual machine can now be managed independently from zoning, aliasing, and security perspectives.

N-Port Virtualizer (NPV)
An extension to NPIV is the N-Port Virtualizer feature. The N-Port Virtualizer feature allows the blade switch or top-of-rack fabric device to behave as an NPIV-based host bus adapter (HBA) to the core Fibre Channel director. The device aggregates the locally connected host ports or N-Ports into one or more uplinks (pseudo-interswitch links) to the core switches. Whereas NPIV is primarily a host-based solution, NPV is primarily a switch-based technology. It is designed to reduce switch management and overhead in larger SAN deployments. Consider that every Fibre Channel switch in a fabric needs a different domain ID, and that the total number of domain IDs in a fabric is limited. In some cases, this limit can be fairly low depending upon the devices attached to the fabric. The problem, though, is that you often need to add Fibre Channel switches to scale the size of your fabric. There is, therefore, an inherent conflict between trying to reduce the overall number of switches to keep the domain ID count low while also needing to add switches to have a sufficiently high port count. NPV is intended to address this problem.

Cisco MDS 9000 NX-OS supports industry-standard N-port identifier virtualization (NPIV), which allows multiple N-port fabric logins concurrently on a single physical Fibre Channel link. HBAs that support NPIV can help improve SAN security by enabling configuration of zoning and port security independently for each virtual machine (OS partition) on a host. In addition to being useful for server connections, NPIV is beneficial for connectivity between core and edge SAN switches.
NPV is a complementary feature that reduces the number of Fibre Channel domain IDs in core-edge SANs. Cisco MDS 9000 family fabric switches operating in the NPV mode do not join a fabric; they just pass traffic between core switch links and end devices, which eliminates the domain IDs for these switches. NPIV is used by edge switches in the NPV mode to log in to multiple end devices that share a link to the core switch.

Here is some visual SAN topology diagrams that can help you to understand the concept better.

We can summarize NPV and NPIV feature capabilities for Cisco Datacenter platform as below:

if Cisco ACI is used while designing new data center, do you have any recommendations for fibre channel traffic? I'm just trying to understand if it is always one same approach for fibre channel, no matter what is planned for ethernet side (standard switching mode or spine - leaf combination).

Cisco Employee
In response to tenaro.gusatu.novici

Today you cannot run Fibre Channel or FCoE over Cisco ACI. If you are using traditional Fibre Channel, you will be running it over a separate physical and SAN switching infrastructure. If you are using FCoE, there are options. For example, if you leverage Cisco UCS B-series blade servers, you can connect UCS Fabric Interconnect to your ACI leaf node for network and/or IP storage connectivity, and to upstream SAN switching infrastructure for either FC or FCoE storage access. In this case FCoE traffic arriving from the blade server to the Fabric Interconnect will be split with network and/or IP storage traffic being forwarded to ACI and FC/FCoE traffic to the SAN switching infrastructure. Something like this:

I hope that clarifies things for you!

I am new with Cisco MDS. I have a question, how to configure zoning with NPIV enabled. Because our ESXi are connected on Cisco MDS and there are multiple VMs running on our ESXi. Thanks!

Latest Contents
Cisco Firepower Next Generation Firewall solution
Created by morrello on 12-29-2021 12:08 AM
0
0
0
0
There is a prevalence of network threats across the world, and the rate, at which these threats continue to emerge, is more rapid than ever before. Cisco Next Generation Firepower (CNGFW) security technologies is information security service that provides... view more
How to collect lsiget logs from UCS
Created by Tirtha Tripathy on 10-10-2021 11:01 AM
1
0
1
0
Upload the Script to Datastore 1. Browse to any Datastore of ESXi Host2. Upload the folder "lsigetvmware_022817"    ex. Suppose the datastore name is "Datastore3" Run the Commands    Enable SSH of ESXi Host    SSH to ESX... view more
Reboot Cisco Prime from CIMC CLI
Created by Andrew Woolman on 07-25-2021 07:06 PM
2
5
2
5
SymptomsCisco Prime is unresponsive. Web GUI will not load. Device doesn't respond to ping.DiagnosisPrime chassis is off.SolutionSince the CIMC uses Flash you can no longer use your bowser. SSH to CIMC address instead. show chassis detailChassis:Powe... view more
Cisco Data Intelligence Platform — Journey to hybrid cloud f...
Created by Muhammad Afzal on 06-30-2021 11:15 AM
0
0
0
0
Very first data cloud — Evolution of data lake to hybrid cloud   Today, in this digitized world, data is being generated at a very high rate and from many different sources, and it is growing exponentially in many use ca... view more
PXE boot Cisco UCSX-210C-M6 with Cisco Intersight
Created by Muhammad Afzal on 06-29-2021 07:28 PM
0
0
0
0
PXE (Preboot eXecution Environment) Server allows unattended or automated OS installation over the Network. The main benefit of pxe is that we don’t need any bootable drive to boot OS(Operating system) and we do not need to to burn any ISO file into DVD o... view more
Ask a Question
Create
+ Discussion
+ Blog
+ Document
+ Video
+ Project Story
Find more resources
Blogs
Documents
Events
Videos
Project Gallery
New Community Member Guide
Related support document topics